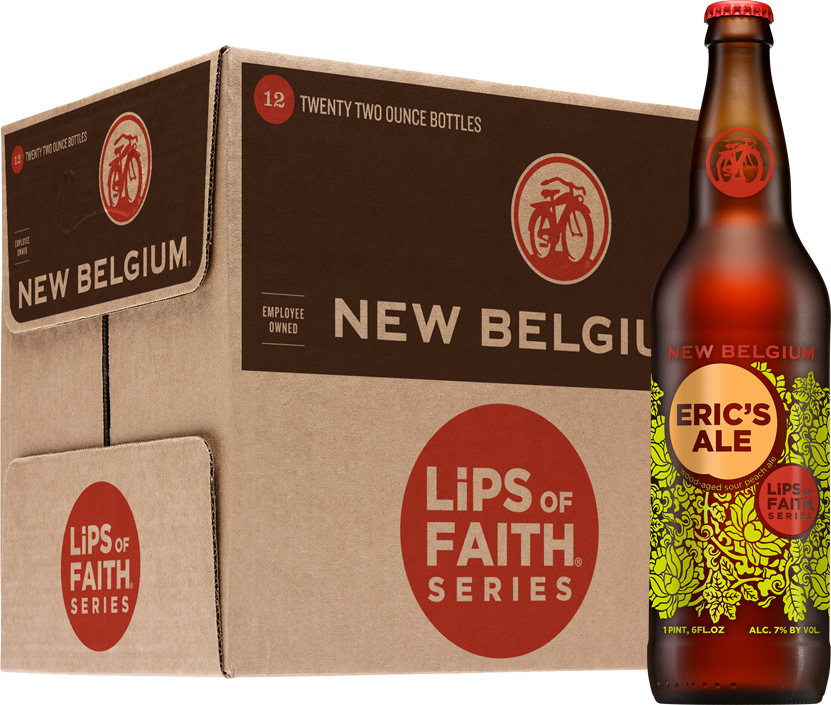 Ft. Collins, Colo., July 6, 2015 – New Belgium Brewing is bringing back a Lips of Faith fan-favorite this summer with the latest installment of Eric’s Ale, named for long-time New Belgium brewer Eric Salazar. At its core, Eric’s Ale is a blend of multiple Felix threads and a golden strong ale, aged up to two years in oak foeders with peaches, for subtle fruity tones and a tart mouthfeel. Felix is the lighter of New Belgium’s two sour base beers. The result is the perfect fruit beer for those who don’t like “fruit beers” and the perfect sour beer for those that don’t like sours… yet.

Eric’s Ale pours a hazy golden-orange with subtle fuzzy ripe peach and vanilla aromas. It’s both sweet and tart and finishes warm and crisp. Woody notes are drawn out from the oak foeders to round out this middle-of-the-road sour.

“When I first brewed this ale in 2008, I was highly involved in the sour program and wanted to blend a sour beer,” said Eric Salazar, New Belgium’s Wood Cellar Manager. “What’s really great about it is there isn’t as much of a ‘kick-you-in-the-teeth’ sour as La Folie. I really wanted a middle ground sour that everyone could enjoy. The base beer, Felix, really lends itself to fruit, so I decided to experiment with peaches; that’s really what makes this ale shine.”

At seven percent ABV and 16 IBUs, Eric’s Ale is the perfect fruit and sour beer for those looking to explore the delicate complexities of sour ale. Eric’s Ale is now available in 22 oz. bombers and on draft. Pricing varies by location.

To find Eric’s Ale near you, use the New Belgium Libation Location tool: NewBelgium.com/Beer/Finder. To read a Q&A with Eric on his beer, check out – http://bit.ly/1HvZYbJ.