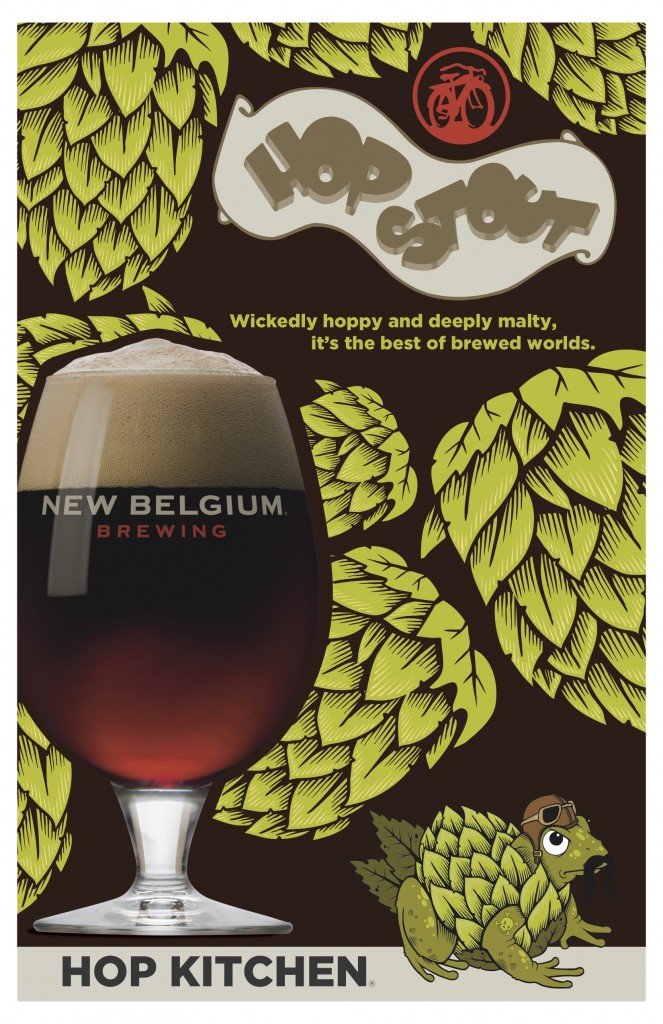 Ft. Collins, Colo., September 28, 2015 – As the days grow colder and the nights get long, New Belgium Brewing has unleashed one of the burliest beers of their Hop Kitchen series with 100 IBU’s of beautiful black bitterness. Hop Stout entices with a sweet, malty depth before a wicked bite of hops kicks in with the force of an imperial stout grappling with an IPA.

Hop Stout pours a deep, delicious chocolate brown with a creamy head atop. Dark chocolate, roasted coffee and toasted bread notes emerge from the blending of eight different grains and six hop varieties, which accent the richness with a citrusy, woodsy pop. Equinox, Chinook and Willamette are just a few of the hops that arm this unique stout.

“We wanted a wickedly hoppy and deeply malty stout to celebrate the fall season,” said Grady Hull, Assistant Brewmaster of New Belgium Brewing. “Hop Stout draws you into the malty woodwork of a traditional stout and then the hops storm in. It’s a really incredible, complex beer for those seeking a little more adventure with the change of seasons.”

At 8 percent ABV and 100 IBUs, Hop Stout isn’t for the faint of heart, but it’s for malt and hop lovers alike. Hop Stout is now available on draft.

To find Hop Stout near you, use the New Belgium Libation Location tool: NewBelgium.com/Beer/Finder. 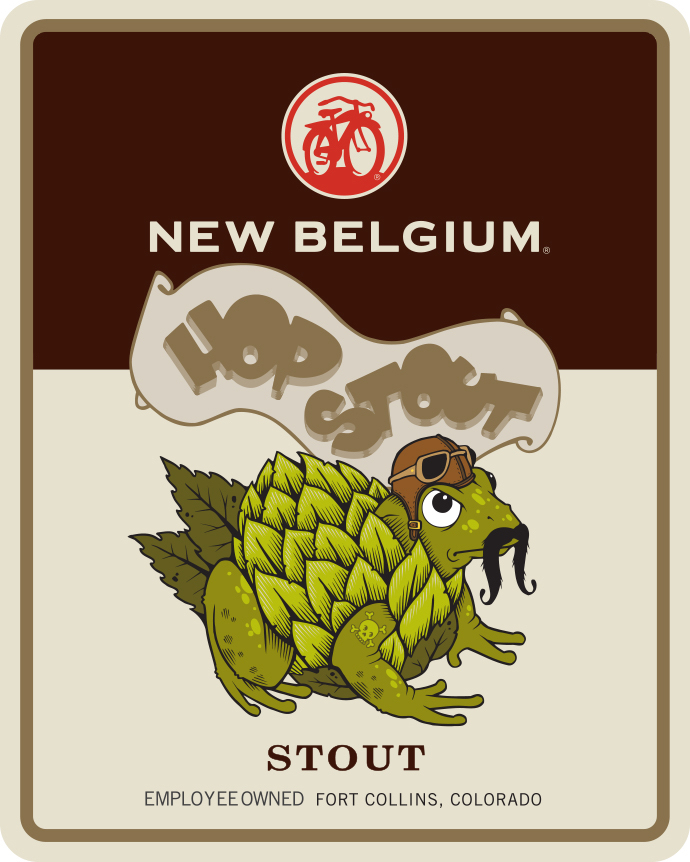