Upon prying off the bottle cap and pouring this 12 ounce bottle of The Hemperor HPA, aromas of hemp and hops fill your senses. Then when you take the first sip of this new beer from New Belgium Brewing that is made with hemp hearts this the closest hybrid beer that uses hemp that we have tasted on the market.

We first had this beer during Alefort Fest in Boise, Idaho a little over one week ago when it was available on draft. Those of us in our group noticed the strong presence of hemp in the aroma and taste in this beer. It also provided a unique dryness, something almost similar to what we’ve come to expect in a tea beer.

The Hemperor HPA is a new year-round release from New Belgium Brewing that has been in the making for over two years. In addition to the hemp hearts, The Hemperor HPA uses Nugget, Cascade, HBC 522 and Simcoe Hops. 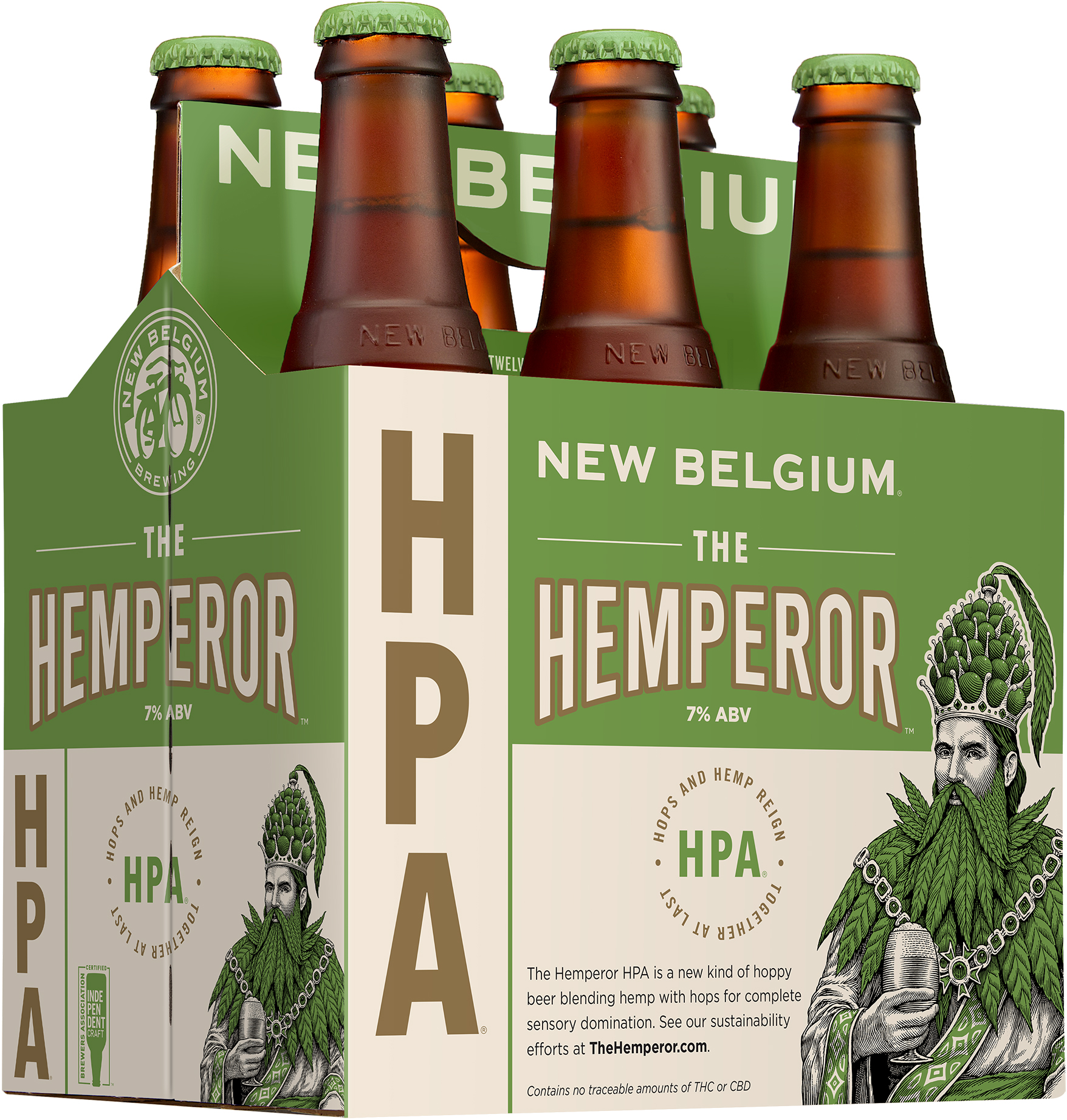 Beginning today, The Hemperor HPA is available on draft and 12 oz. bottles will arrive across the nation on May 21, 2018.

“Let’s face it, brewers have been trying to get cannabis-like aromas from hops for years, but it’s always missing a certain something,” said Ross Koenigs, New Belgium’s Research and Development Brewer. “The Hemperor HPA is possibly the first beer to deliver meaningful hemp flavors and aromas.”

The Hemperor HPA showcases the game-changing union of hops and hemp, plants genetically related that produce similar organic aromatic compounds known as terpenes. This ale is brewed with hemp hearts (the meat of the seed, minus the shell) and dry-hopped with Simcoe and experimental HBC 522 hops to create a dank, pungent hop aroma balanced by a sweet, mildly bitter finish. Federal law prohibits brewers from using hemp leaf and flower, so New Belgium brewers found a creative solution using other natural plant materials that perfectly emulate those hemp terpenes. The Hemperor HPA contains no THC or CBD.

“This beer has been over two years in the making, most of the time spent learning and reacting to laws that really suppress this crop’s usage,” Koenigs said of the beer that is currently banned in Kansas. “Flavor-wise, this the beer we wanted to make, but due to misinformed laws governing the use of industrial hemp, we had to take a creative and long-winding road to get to this point. We’re happy with where we landed, and we’ll be working to change federal regulation so that one day we can brew The Hemperor HPA with hemp flowers and leaves as we originally envisioned.” 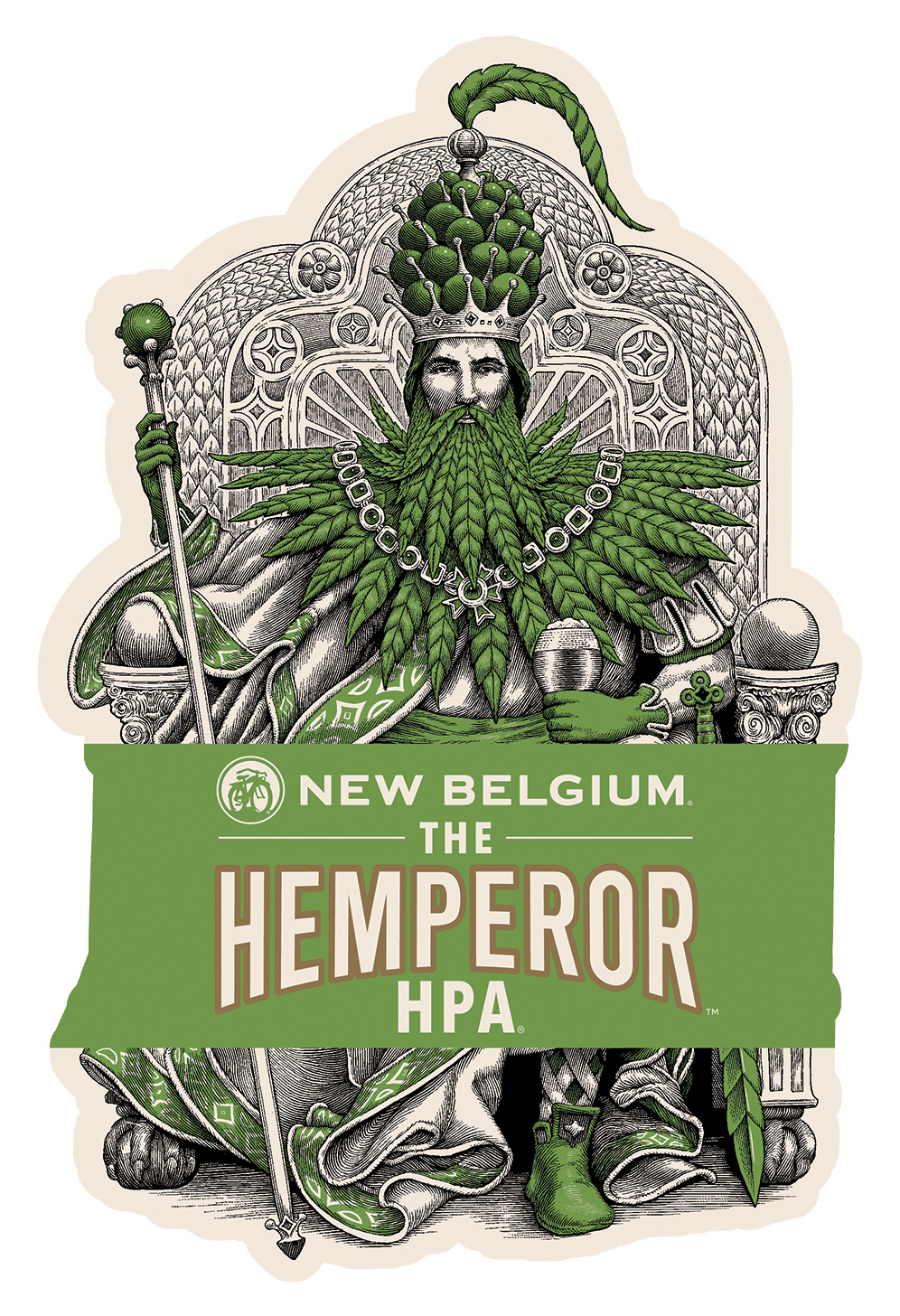 The restrictive regulatory process around brewing The Hemperor HPA gives New Belgium the opportunity and platform to raise awareness around the social, environmental and economic benefits of industrial hemp. Beer drinkers will be encouraged to learn more and take action at www.thehemperor.com. New Belgium is also partnering with GCH Inc, the company founded by Willie Nelson and family to build brands inspired by his journey as an artist and advocate, in supporting the national campaign, Hemp 4 Victory, www.H4V75.com. One dollar from every barrel of The Hemperor HPA sold will be donated to Hemp 4 Victory in support of its mission to raise awareness and promote pro-hemp bills in the House & Senate.

“Hemp has such a diverse set of benefits to the environment, to industry and to American farmers,” said singer-songwriter Micah Nelson. “This campaign will bring attention to the spectrum of products and businesses that will improve when industrial hemp is free to thrive in the US.” Micah Nelson, Willie Nelson’s youngest son, serves on the advisory board for the Hemp 4 Victory campaign, and has served on the board of directors for the National Hemp Association.

“We’re incredibly excited to be working with New Belgium and GCH, Inc. – Willie Nelson’s family of brands – to raise awareness around this wrongfully marginalized and highly sustainable crop,” said Hemp 4 Victory Advisor and former Bernie Sanders’ Deputy Campaign Manager, Rania Batrice. “We’ll be asking legislators to work toward hemp modernization throughout the year. Staying engaged and taking action is the best way people can help the cause.”

The Hemperor HPA is available on draft beginning April 2, with 12 oz. bottles arriving across the nation on May 21st.

For more information about New Belgium or any of its beers, visit www.newbelgium.com.

Facts About Hemp
Hemp is a sustainable and beneficial crop for many reasons:

Hemp has many uses, some of which are restricted by outdated laws