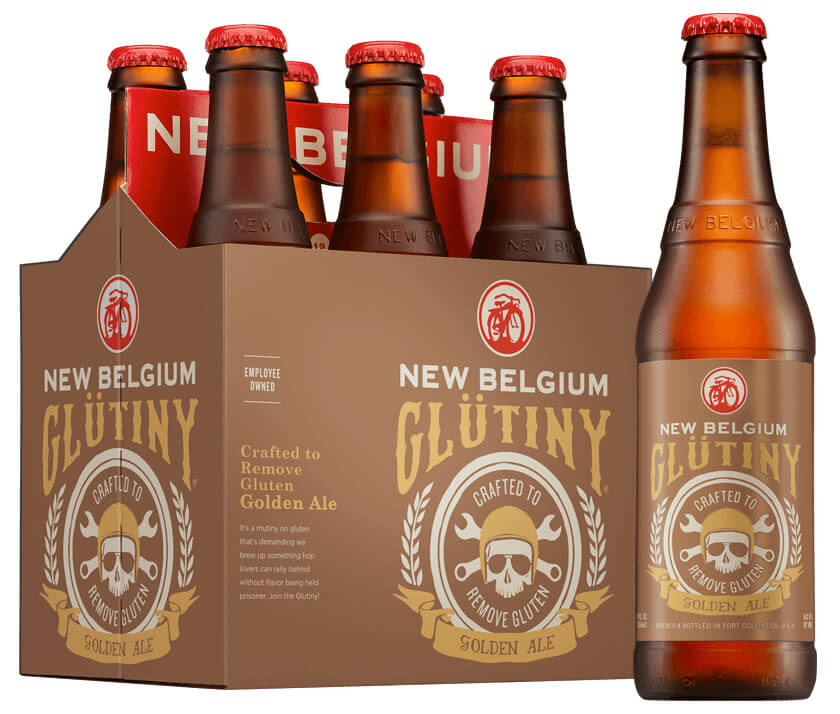 New Belgium Brewing is the latest brewery to launch a line of gluten-reduced beers with its new Glütiny ales. The Fort Collins, CO based brewer will release two year-round offerings come January 2016 with Glütiny Pale Ale and Glütiny Golden Ale.

The technology used to make these two offerings gluten-reduced is similar to what other breweries have already done including Widmer Brothers Brewing with its Omission line of gluten-reduced beers. For both Glütiny Pale Ale and Glütiny Golden Ale, New Belgium uses an enzyme to break down the proteins that trigger a reaction from gluten-sensitive consumers. Due to this process of chemically removing the gluten from the beer these beers are considered to be gluten-removed rather than gluten free, but fall within current FDA guidelines of less than 20ppm. All New Belgium gluten-reduced beers will come in under 10ppm.

“When we started experimenting with the recipes, we wanted to create beers that our most adventurous craft beer drinkers would enjoy” said Bryan Simpson, spokesperson for New Belgium Brewing from its press release. “We didn’t want to compromise on flavor, mouthfeel or body. These beers deliver the full flavored experience craft drinkers expect foremost with the added benefit of being gluten-reduced.” 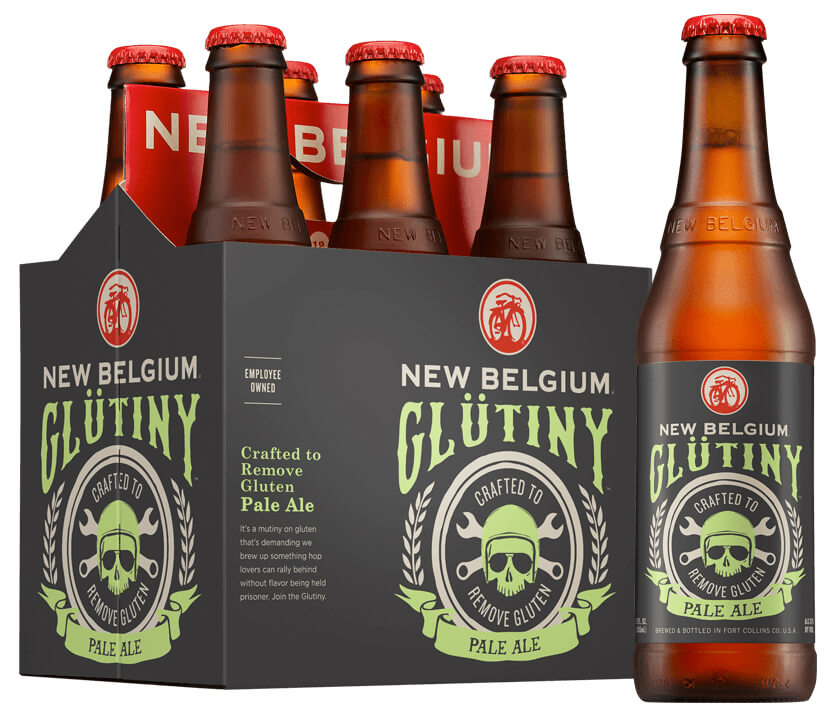 Here are the brewery’s descriptions of both gluten-reduced beers.

Glütiny Golden Ale
New Belgium dosed Glütiny Golden Ale with Nugget, Goldings and Cascade hops, and then dry-hopped it again with Cascade. These bright, floral hops lend grapefruit and subtle herb notes to the wash of bready-sweet malts. An addition of oats adds a layer of smoothness to the mouthfeel. At 5.2 percent ABV and 20 IBUs, Glütiny Golden Ale is a sessionable, flavorful ale that starts sweet and ends crisp.

Glütiny Pale Ale
Glütiny Pale Ale has a hefty dose of exotic Equinox hops, which bring out guava, papaya and stone fruits lending to a sweet, slightly toasty malt flavor. Additional hops include chinook, cascade and crystal. The beer starts with a light sweetness that slides into a balanced bitterness. The mouthfeel is juicy with a crisp finish. Glütiny Pale Ale comes in at 6 percent ABV and 30 IBUs.