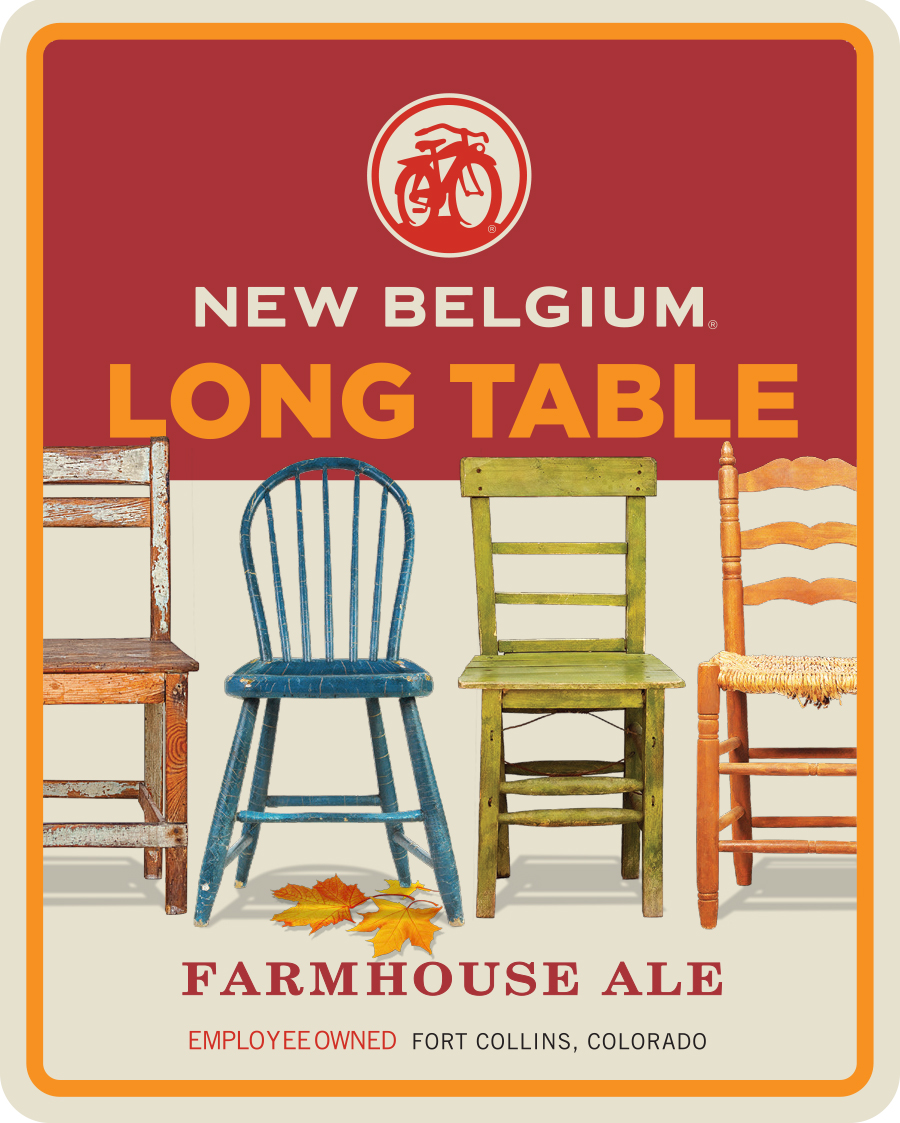 Ft. Collins, Colo., July 15, 2015 – As a brewer of Belgian-style beers, New Belgium Brewing has always had an affinity for Farmhouse Ales and now it’s brewing its own – Long Table Farmhouse Ale. This seasonal release pays homage to the rich heritage of this brewing style, which first started as a simple, rustic ale brewed on farms in old Flanders. Over the years evolution, refinement, interpretation and re-interpretation has led to the farmhouse ales of today.

Long Table, an ode to the communal Belgian Saison, is a sunny, golden ale with a billowy head that pours a rustic sheen. But not everything about this farmhouse ale is traditional – Belgian yeast creates a juicy burst of pineapple and banana fruits that whisk a taste of the tropics and a new spin into this Old World beer. Traditional grains of Munich, pale malt and rye lend a wash of toasty, spicy bread, while exotic Nelson Sauvin and citrusy Chinook hops buoy the fruity flavors of the Belgian yeast.

“When creating this beer we pictured sharing it among friends at a long table, where there’s always plenty of room for great buddies and delicious beer,” said Lauren Salazar, New Belgium’s Specialty Brand Manager & Wood Cellar Blender. “Long Table brings back an old style we love, but we gave it a sweeter side, with a saison-y kick of tart and a clean, bitter finish.”

At 6.2 percent ABV and 20 IBUs, Long Table is a complex, medium-bodied farmhouse ale that starts off with a smooth initial mouthfeel that turns juicy and spritzy. Grab a seat and get ready to hoist it amongst the company of good friends – it’s now available in six- and twelve-packs, as well as on draft.

To find Long Table Farmhouse Ale near you, use the New Belgium Libation Location tool: NewBelgium.com/Beer/Finder.