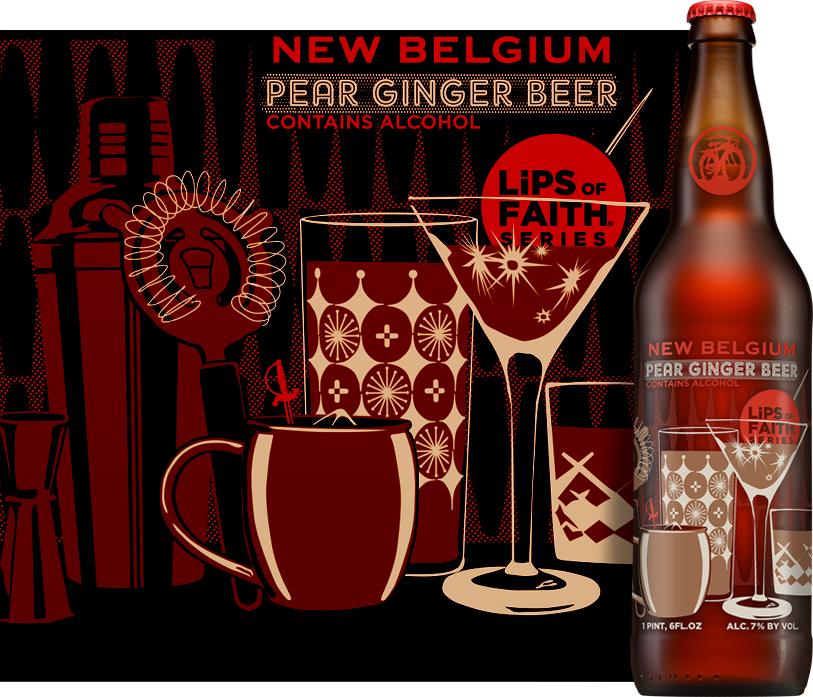 Just in time for the long holiday weekend, Fort Collins based New Belgium Brewing is mixing things up a bit for the summer months ahead with its adventurous new libation Pear Ginger Beer. Thi is New Belgium’s latest Lips of Faith offering, updating the Victorian-era ginger beer with whimsical additions of lemon peel and pear. The result is a zesty, refreshing drink that can be enjoyed on its own or mixed into a cocktail.

Warm, spicy ginger punctuates a lively wash of sunny lemon, sweet pear and bready white wheat for a delightful first tongue tingle followed by just the right amount of heat. Pear Ginger Beer pairs perfectly with gin, rum, tequila or rye whiskey for a ready-for-anything cocktail, but can also be enjoyed all on its own.

“The only thing I love as much as an amazing craft beer is a rye whiskey and ginger beer,” said Lauren Salazar, New Belgium’s Wood Cellar Blender and Specialty Brand Manager. “More and more, great beer and cocktail bars now participate in Beer Mixology – the art of crafting amazing beer cocktails. It’s truly where the science of brewing and the art of cocktails meet. So we decided to create a beer that is wonderful on its own and doubles as a great cocktail mixer.”

In the video below the two bartenders from Social Fort Collins features the Pear Ginger Beer to mix up a Brown Betty.