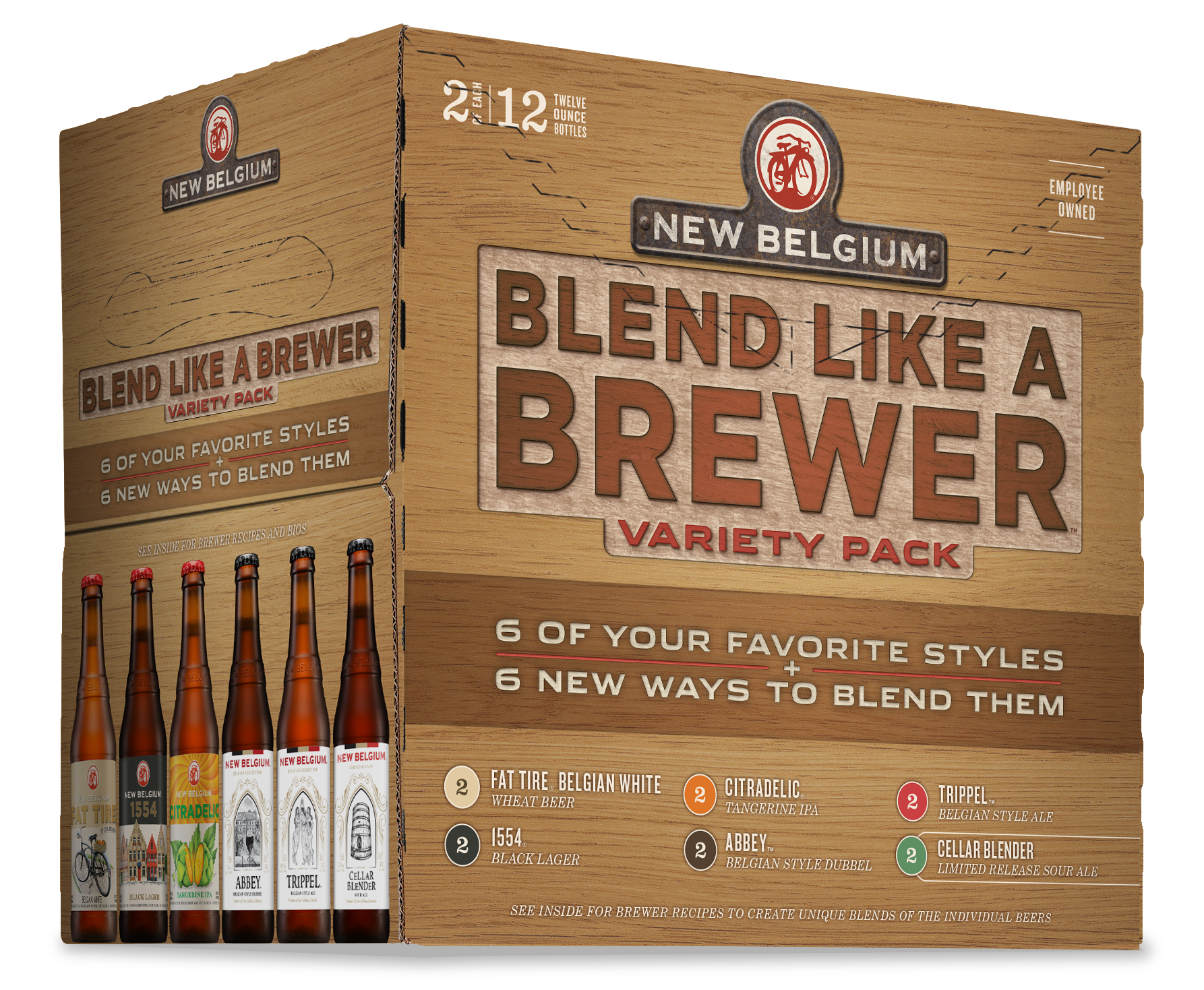 With winter creeping up on us New Belgium Brewing launches a few new beers and a brand new variety pack to keep your palate interested. The Fort Collins based brewer returns with its popular Imperial Frambozen, but with a slight twist has it incorporates cocoa in the 2017 version. Two other new releases include Belgian Reserve Honey Orange Tripel, a Golden Strong Ale along with the latest Voodoo Ranger Special Release, Red IPA. Also hitting store shelves is the new Blend Like a Brewer Variety Pack.

Here are additional details on all of new releases and the variety pack provided by New Belgium Brewing.

Imperial Frambozen with Cocoa
Frambozen, Flemish for “raspberry,” is the brewery’s celebration of the ruby red fruit found in Belgium’s Framboise ales. The raspberry ale is fermented with real northwestern berries and incorporates a touch of vanilla. This year, the seasonal favorite features an irresistible update – the addition of single origin, 70 percent pure dark Ghana cocoa husks, locally roasted and ground by Nuance Chocolate in Fort Collins. The beer is 8.5% ABV and available in 22oz. bottles in limited quantities.

Belgian Reserve Honey Orange Tripel
The latest addition to the Belgian Reserve series draws inspiration from Belgian Golden Strong Ale and incorporates a mix of Nugget and Styrian Savinjski Goldings hops. Honey Orange Tripel features wild honey sourced from the African Bronze Honey Company, a member of the Fair Trade Federation and a fellow certified B-Corp, and Seville orange peel freshly ground at Old Town Spice Shop just down the road from the brewery in Fort Collins. This big, sweet and citrusy Tripel is 10% ABV and available in 12oz and 22oz bottles year-round.

Voodoo Ranger Red IPA
Packed with Centennial hops and five different malts, this lightly sweet, moderately bitter Imperial Red features aromas of grapefruit and orange, with a big IPA bite. Of special note is the use of experimental hop HBC 522, which has notes of cherry and peach accompanied by a candy-like sweetness. The beer is 8% ABV and can be found in 22oz bottles and on draft for a limited time. 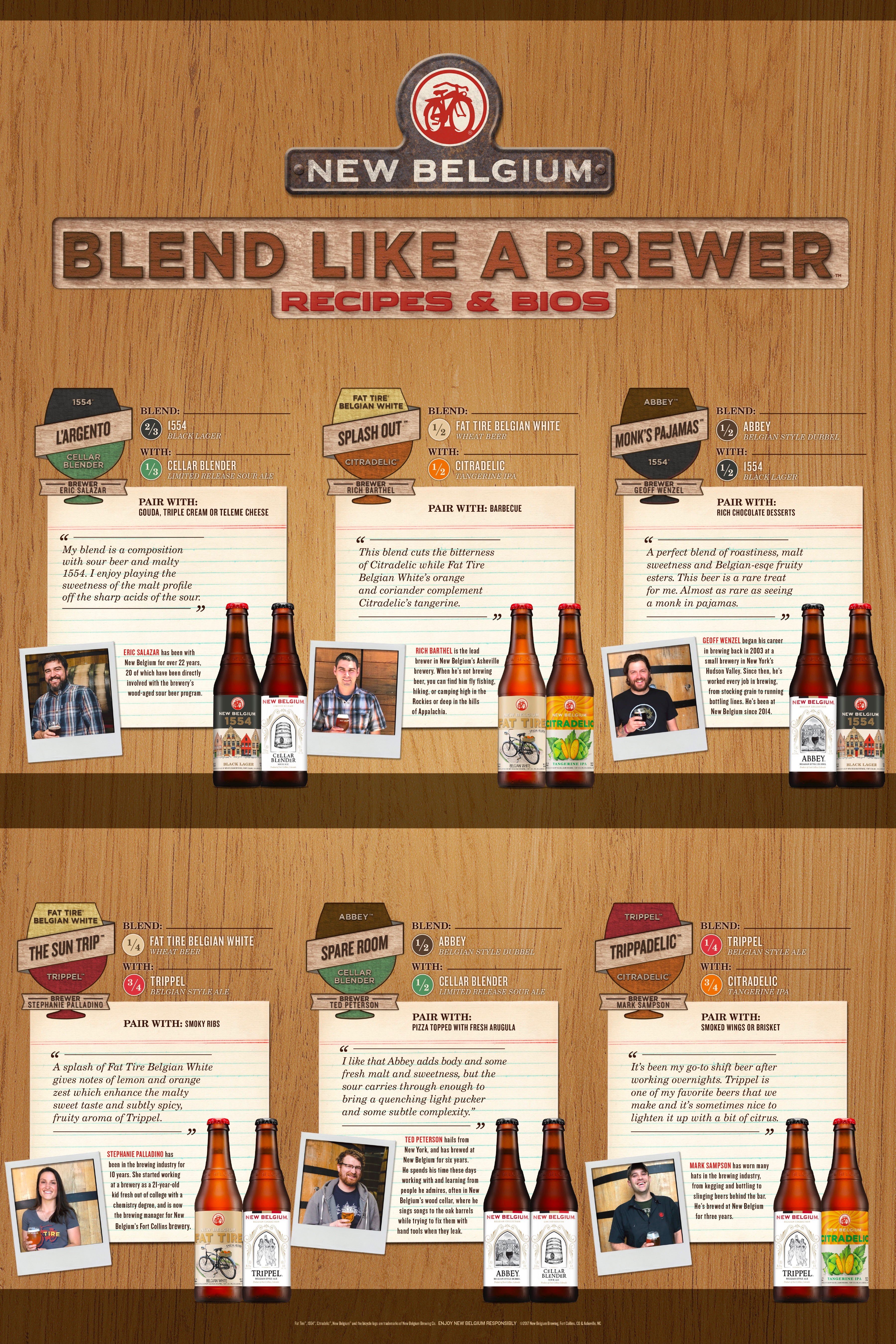 Blend Like a Brewer Variety Pack
This variety pack is ideal for adventurous beer drinkers looking for creative new takes on New Belgium favorites. Fat Tire Belgian White, 1554, Citradelic Tangerine IPA, Abbey, Trippel and Cellar Blender – a dark, wood-aged sour ale fermented with fruit – are included in this mix, along with a recipe recommendations for blending the beers together from New Belgium brewers. For example, ½ Abbey blended with ½ 1554 will yield a Monk’s Pajamas, as dubbed by Brewer, Geoff Wenzel. The variety pack is on shelves now and would make a perfect gift for craft lovers (hint, hint).

To find any of these beers, along with others from New Belgium, visit the Beer Finder or download New Belgium’s Beer Mode app.