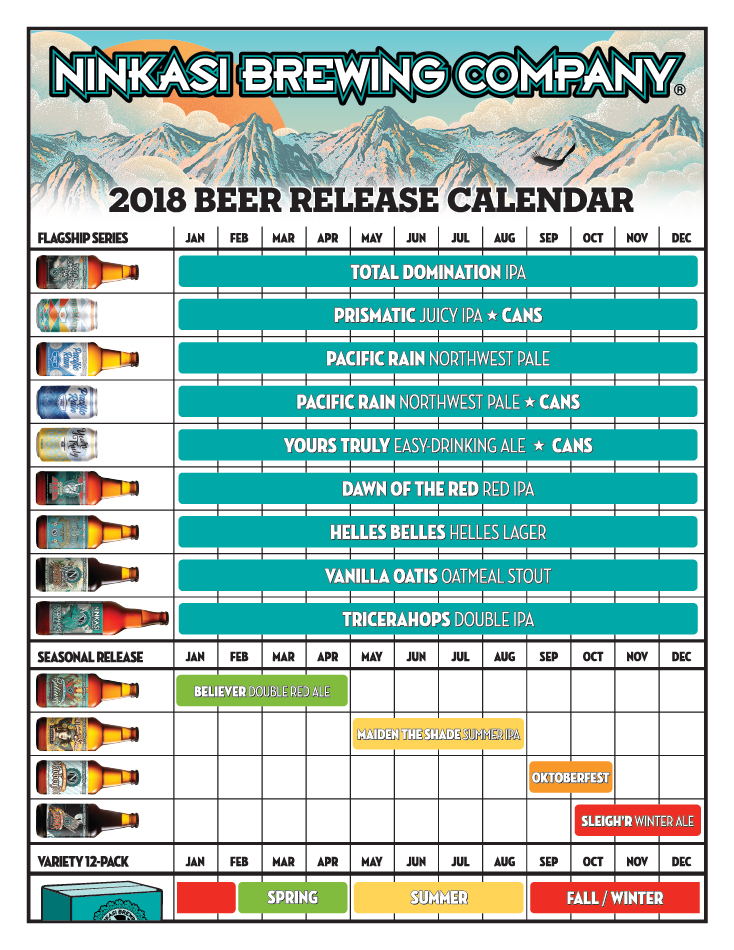 As Ninkasi Brewing enters its 12th year it announces its 2018 Beer Release Calendar. This coming year will see a new package option along with a few new beers making its way into the marketplace all alongside its well known core lineup of beers.

There will also be many various beers featured only on draft throughout 2018 that are not listed on this release calendar. Use the Ninkasi Beer Finder to locate a Ninkasi near you.