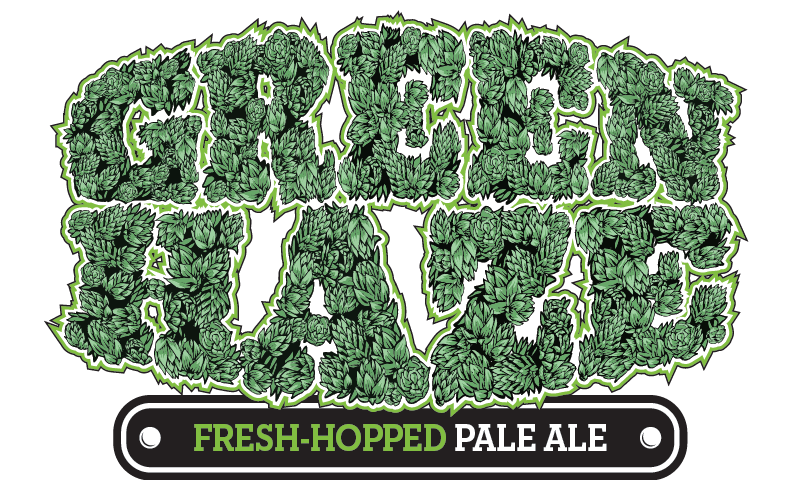 Cultivated just 70 miles from Ninkasi’s brewing facilities at Goschie Farms in Silverton, Ore., Ninkasi transported 2,000 pounds of freshly-picked Centennial whole cone hops from farm to brewery in just over an hour. As soon as the hops arrived at the brewery, 400 pounds were tossed into the brew kettle for the first batch. Ninkasi’s team of brewers worked through the night, brewing 36 straight-hours to produce five batches of Green Haze.

“Once we started brewing, our brewery became a hop dream,” says Jamie Floyd, Ninkasi co-founder and founding brewer. “The fresh Centennial hops immediately filled the brewhouse with lemon and floral hop aromas; an enticing hop profile to capture in this pale ale.”

For more than 130 years, Goschie Farms has grown crops in Silverton with 550 acres dedicated solely to the hops. A leader in its industry for sustainable practices, Goschie Farms was the first hop farm in the nation to be certified Salmon-Safe. “I’ve known Gayle for over a decade and her farm is a testament to her multi-generational, family dedication to farming hops,” explains Floyd. “Gayle’s commitment to food safety and sustainability is inspiring.”

Green Haze Stats
Green Haze is an ode to Oregon and everything green. Cultivated by Goschie Farms, a mere 70 miles from the brewery, 400 pounds of fresh Centennial hops are transported from farm to brew kettle in just over an hour. Full of citrus and floral hop notes, Green Haze captures the freshest hops of the year.