After disappearing from the market for a short time, North Coast Brewing Company has reintroduced its Belgian style abbey ale, Brother Thelonious. With the beer’s return, a refreshed label adorns the bottle that pays tribute to the beer’s namesake, legendary Jazz icon Thelonious Monk.

Brother Thelonious market absence was the result a lawsuit that was filed from Thelonious’s son, T.S. Monk on behalf of his late father’s estate. This was in regards to the brewery’s merchandise that promoted the beer as the Monk estate had granted rights to the North Coast to brew the beer that bears the jazz musician’s name.

Now with the lawsuit settled out of court, North Coast has relaunched its popular beer, Brother Thelonious in 750mL and 12-ounce bottles as well as on draft. At over 9% ABV, Brother Thelonious is the brewery’s interpretation of the Belgian style abbey ales brewed by Trappist monks.

With the beer’s relaunch, North Coast Brewing reached out to artist Eric Grbich. He refreshed the label with his painted artwork that pays tribute to famed Jazz musician Thelonious Monk. 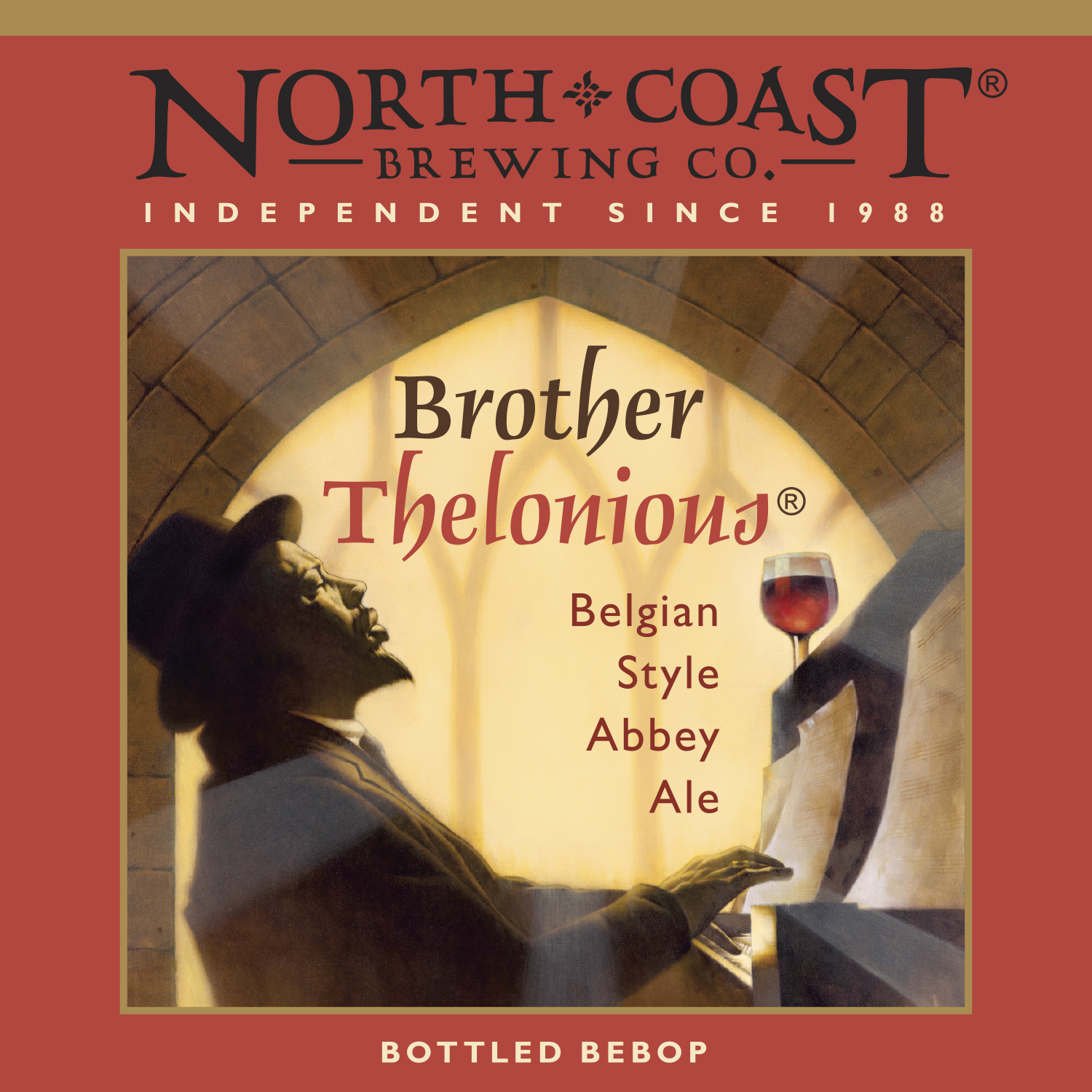 “We couldn’t be more excited to reintroduce Brother Thelonious to our fans in this new and inspired way,” said Doug Moody, North Coast Brewing Senior Vice President in a statement. “From our sponsorships of numerous Jazz festivals around the country to the Sequoia Room, our Jazz venue in Fort Bragg, CA, North Coast Brewing was built on a collective admiration of and commitment to Jazz music and Jazz education. Brother Thelonious is a product of that passion, and honors Thelonious Monk’s legacy and his immense impact on the Jazz community.”

As part of its mission to make the world a better place one pint at a time, North Coast Brewing is proud to make a donation from the sale of every bottle and keg of Brother Thelonious to the Jazz education programs of the Monterey Jazz Festival. In addition to this contribution, North Coast Brewing has been the Official Brewery Partner of the Monterey Jazz Festival since 2006.