Part of its Pilot Series, Oakshire Brewing releases A Life Beyond The Dream Triple India Pale Ale today in 4-pack, 16oz cans. Inspired by the song of the same name from the Trey Anastasio led band, Ghosts of the Forest, this Triple IPA is a great example of the boisterous hop bomb that’s expected.

Package in a wrapped label that features Mount Hood as this is the last release in Oakshire Brewing’s Mountain Sunrise series that was created by Iron Canvas Studios in Portland. It is a beautiful can with various shades of green, that is an excellent way of representing the large hop bill used to create A Life Beyond The Dream Triple India Pale Ale.

With a canning date of February 17, A Life Beyond The Dream Triple IPA is SUPER FRESH! Being a Triple IPA this a big one that sits at solid 10.5% ABV. Not that we are doubting its alcohol content but wow, this beer is quite smooth and one you should be careful with. There’s a bit of sweetness as is expected with the style but the hops sure shine through. It’d be too easy to down a couple of these tallboys in one sitting and get up feeling a bit loose. 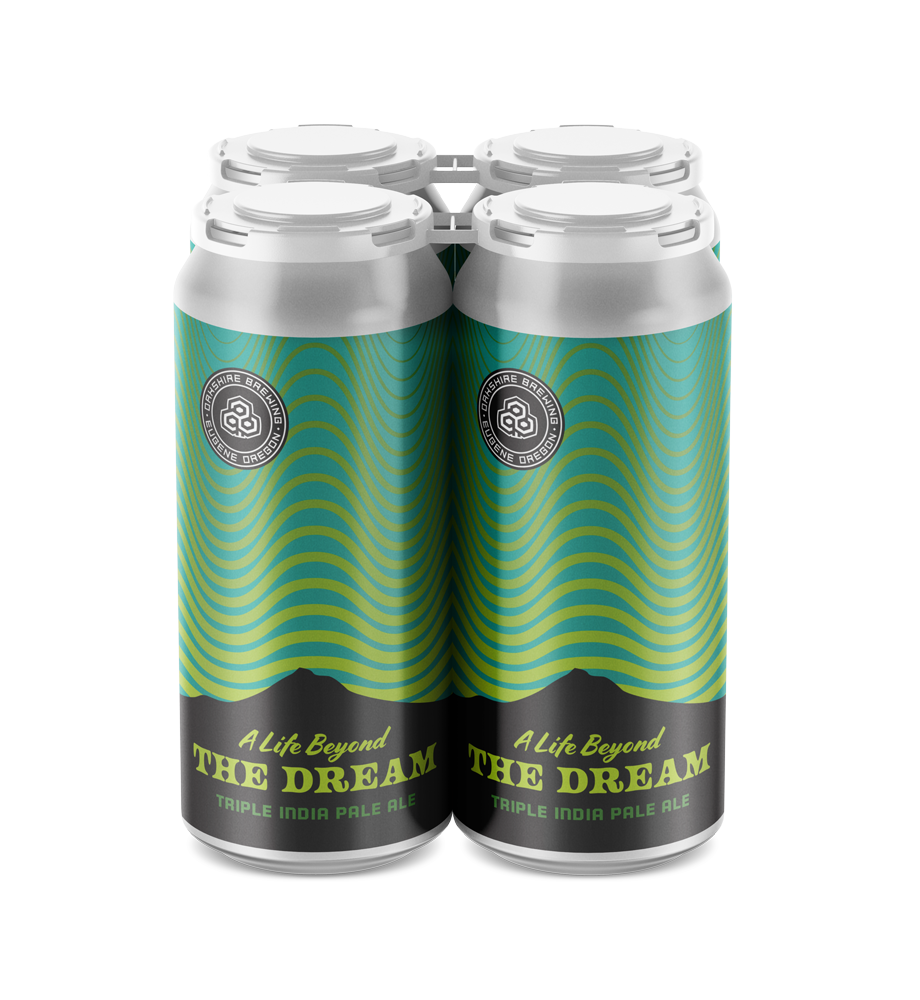 Now I’m letting it all roll by
I can see, I can see
A Life Beyond the Dream
-Ghosts of the Forest, 2019

A Life Beyond the Dream stands in essence of that which we believe. A willful call to that of our collective consciousness. Each of us started with a dream; a place; a ground point for our future. We have taken that dream and crossed the proverbial threshold of the beyond to make those dreams mean something. Each day we traverse the line of the dream and reality, striving to progress further and further; attempting to reach the seemingly unreachable. The forever path that we have set ourselves upon.

A Life Beyond The Dream is our new Triple India Pale Ale. Inspired by the stories that made us and the dreams that inspire us; we crafted this beer to showcase our newly processed 2020 hop harvest varietals as well as new school hop products to allow us to take the hopping rate to nearly 15#/bbl. Built upon a base of Citra and Mosaic Incognito oil from Barth-Hass and Strata hop pellets, we take the beer to the next level with a massive dry-hop consisting of Columbus and Simcoe Cryo-hops and Strata, Citra, and Mosaic hop pellets.

Pouring with a beautifully long-lasting white head, the nose explodes with effervescent notes of dank herb, mixed-berry CBD gummies, and a tropical fruit medley. A balanced bitterness welcomes the palate rounding to sticky hop resin, with waves of nectarine, passionfruit, lychee, and cloudberries. The mouthfeel is drying yet resides with a full body making A Life The Dream dangerously drinkable at 10.5% ABV.

A Life Beyond The Dream Triple IPA is available beginning today at Oakshire Brewing in Eugene and Portland. To purchase the beer online click here for the Eugene Public House or click here for the Portland Beer Hall. Or just swing by to grab yourself a 4-pack.