Deep in the Australian bush lies a fierce animal called a drop bear that is known to attack wary travelers by dropping down from the tree tops in which they live in. Don’t be fooled by its resemblance to the cute koala bear, as the drop bear is one not to reckon with. Inspired from the Australian drop bear is the latest in Oakshire Brewing’s rotating seasonal can lineup with its new Drop Bear IPA.

Using a heavy dose of the trendy and popular Australian Galaxy hop, this brings forth a bold citrusy aroma and flavor. Classified as an American IPA, Drop Bear IPA, offers a slightly hazy, orange colored appearance. The use of Galaxy hops is one that is sure to delight many hopheads but with a strong malt bill it does balance out quite nicely. 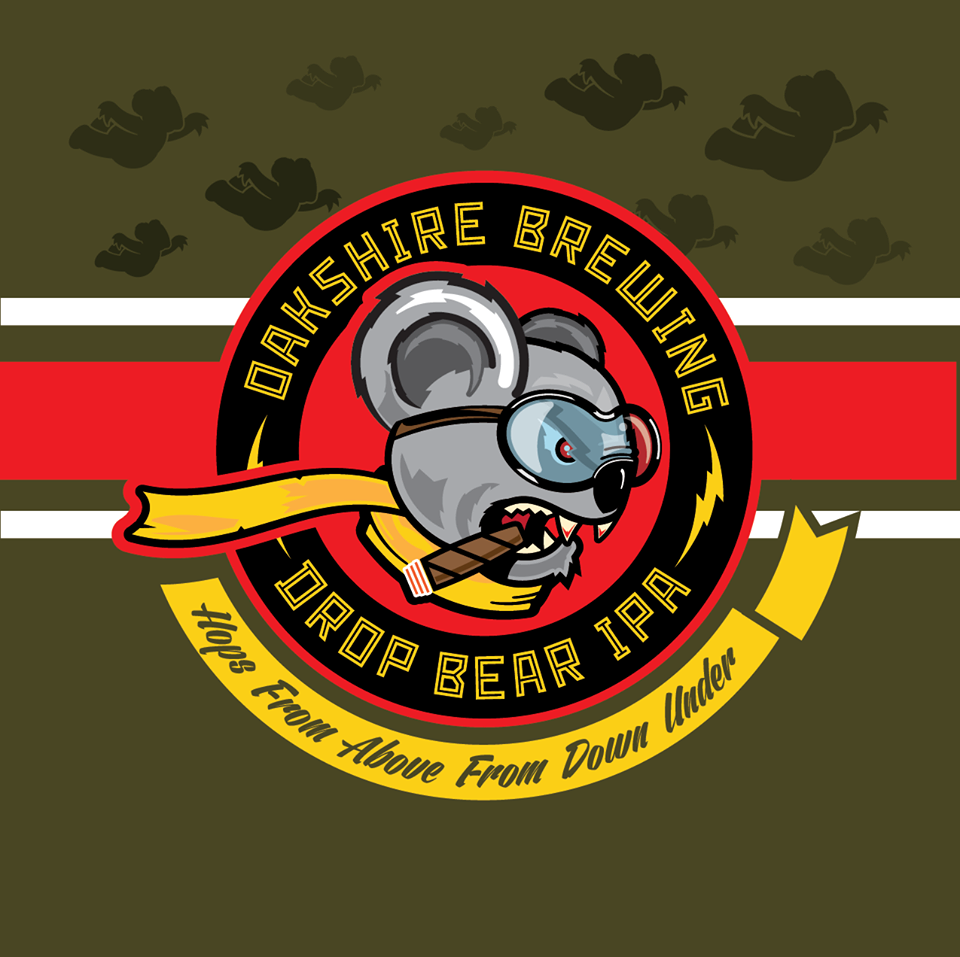 This single batch beer will not last around for long. Look for Drop Bear IPA on draft and in 4-pack 12 oz cans throughout Oakshire’s distribution footprint.