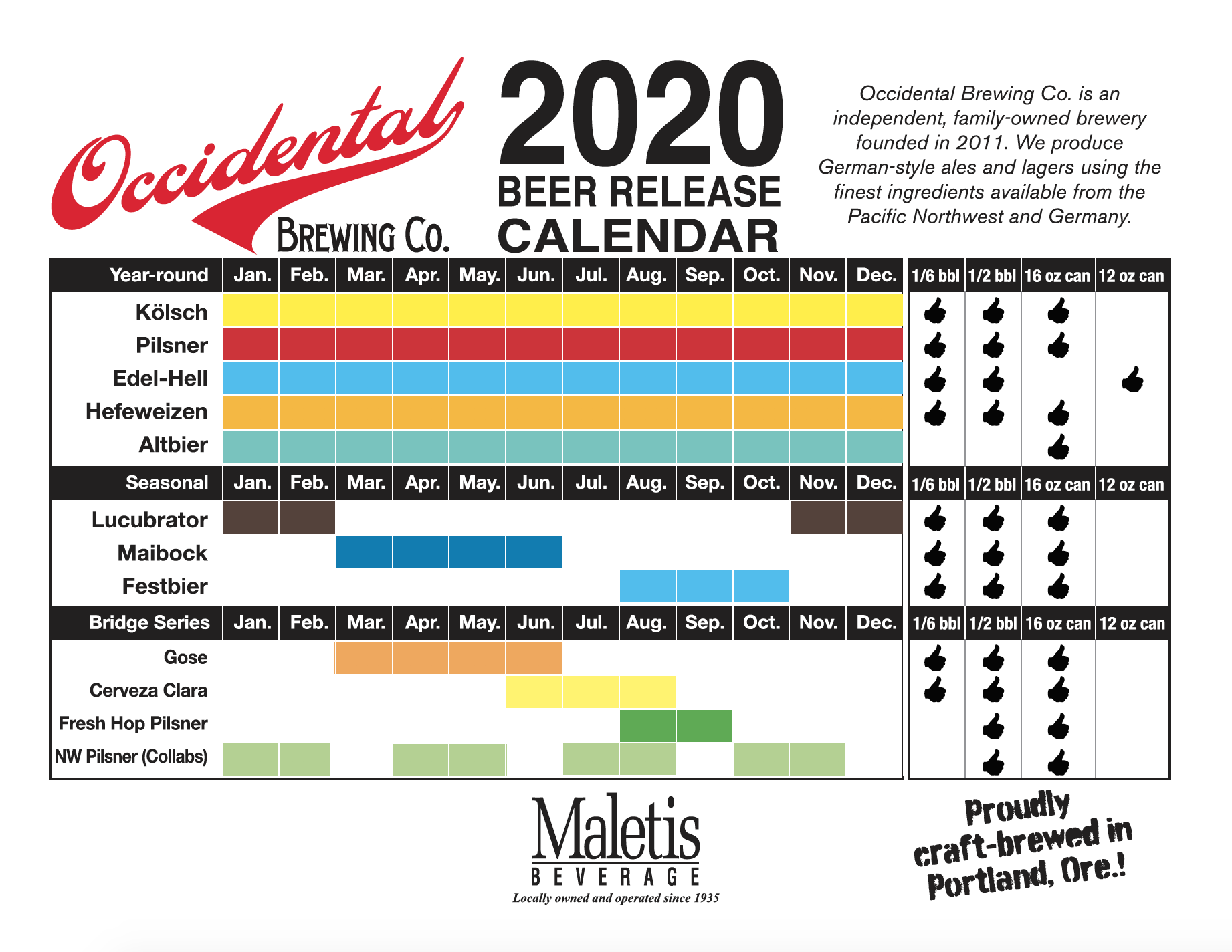 Nestled near the photogenic St. John’s Bridge in North Portland, Occidental Brewing has announced its 2020 Beer Release Calendar. In the coming year Occidental Brewing will release beers in three series – Year Round, Seasonal and Bridge Series.

The brewery’s year-round offerings include Kölsch, Pilsner, Edel-Hell, Hefeweizen, and Altiber. Its seasonal lineup will feature Lucubrator, Maibock, and Festbier. Maibock will be canned for the first time. Bridge Series will feature Gose, Cerveza Clara, and Fresh Hop Pilsner along with its collaboration series of NW Pilsner. Is first NW Pilsner release of the year will be with a collaboration with Baerlic Brewing towards the end of January.