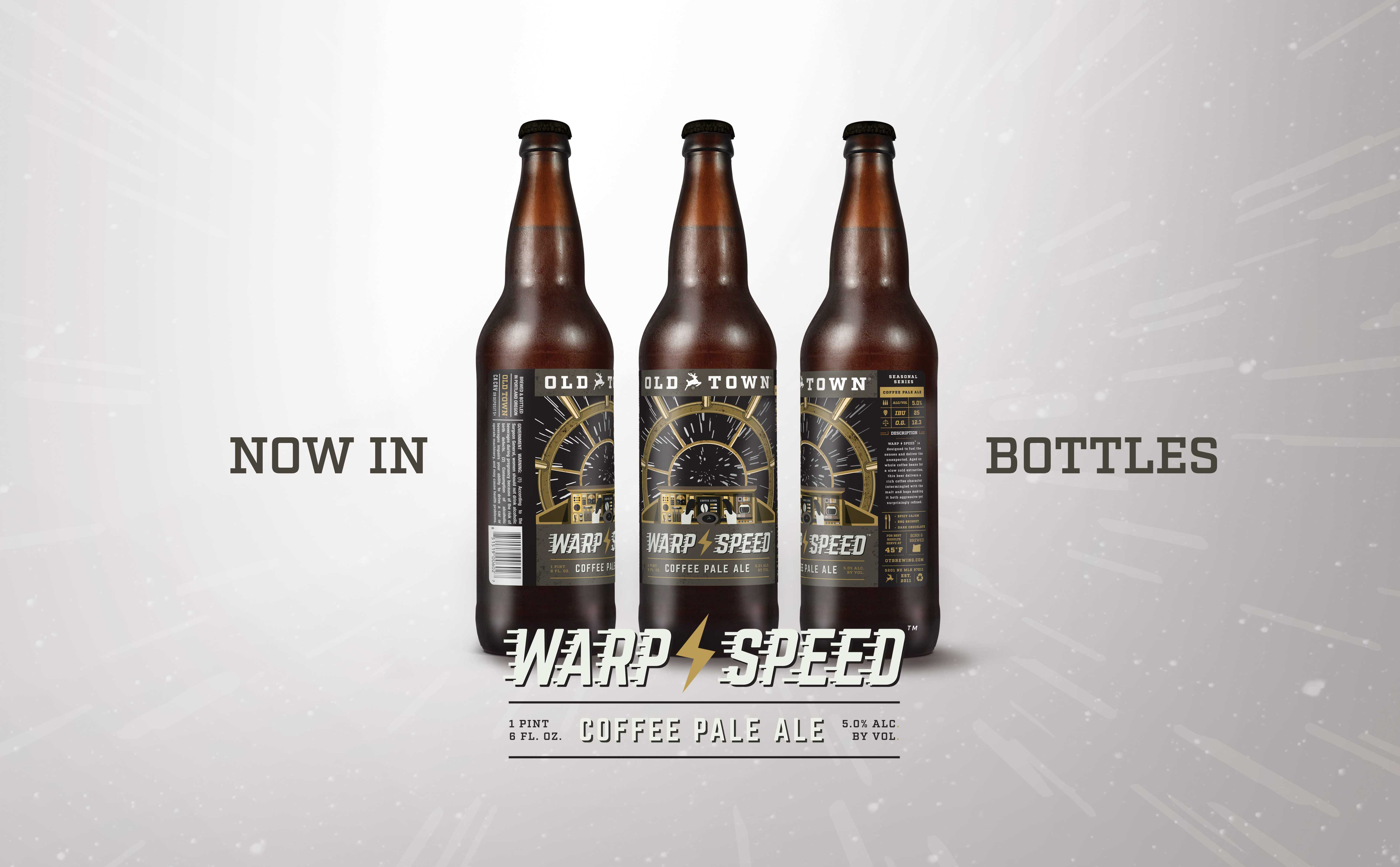 Warp Speed Coffee Pale Ale gets its flavor from being aged on whole coffee beans for a slow, cold extraction keeping the delicate nuances of a cold pressed coffee, instead of the typical method of blending beer with a concentrated coffee, which tends to leave a suppressed coffee aroma and flavor. Warp Speed’s rich coffee character mixed with the malt and hops make it an aggressive and surprisingly refined draft.

Coming in at 5% ABV and 25 IBUs, Warp Speed is best served at 45 degrees. Suggested dishes from the brewery to pair with Warp Speed is a spicy Cajun dish, slow roasted brisket or dark chocolate.

Later this week Warp Speed will be released at three tasting events across Portland. 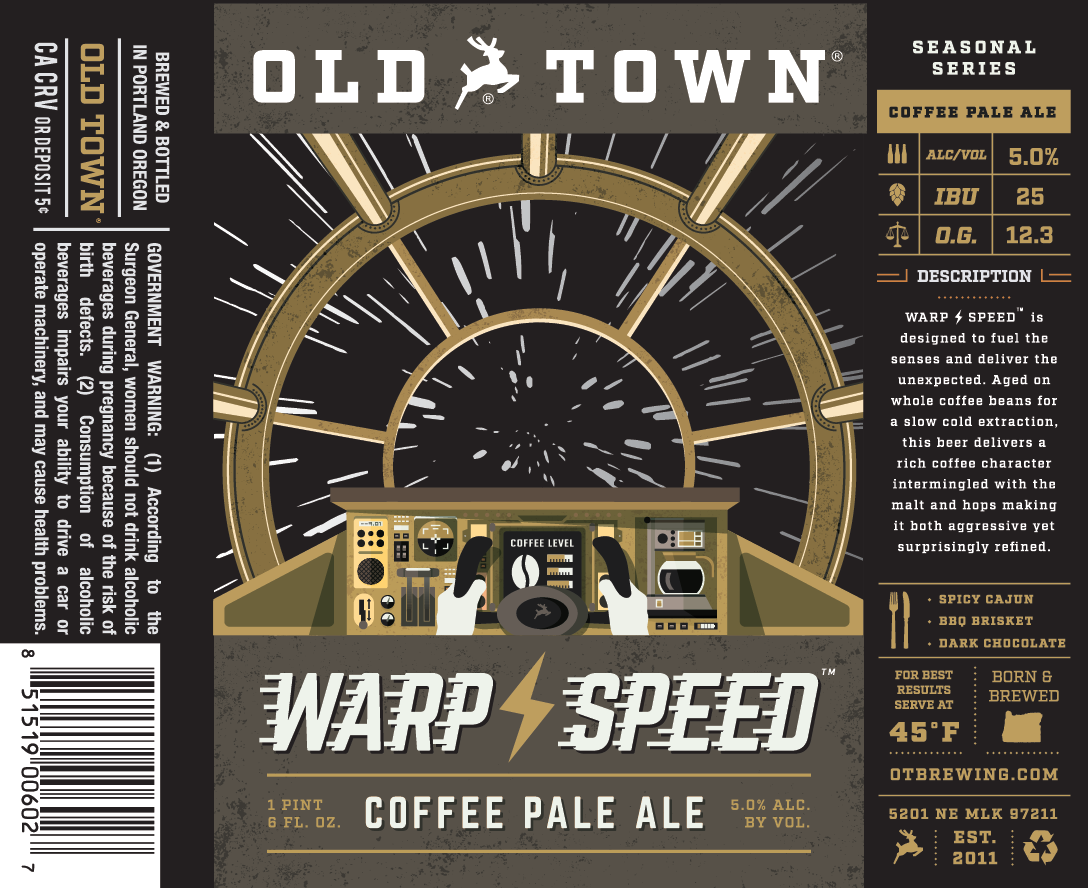 “We like to keep true to our hometown, and what better way to play with the flavors of Portland then making a coffee beer,” said owner of Old Town Brewing, Adam Milne in a release. “When we considered making a coffee beer, we wanted to do something that would surprise people, instead of brewing a coffee stout or other heavier, richer styles. We’re couldn’t be happier with where we landed – the approachability of the pale mixed with the clean coffee flavors make this a beer we thinking everyone will love.”

Beginning this week, 22 oz bottles of Warp Speed will be available at several retail stores and bottle shops, including most Whole Foods, and New Seasons locations across Portland and Southwest Washington.