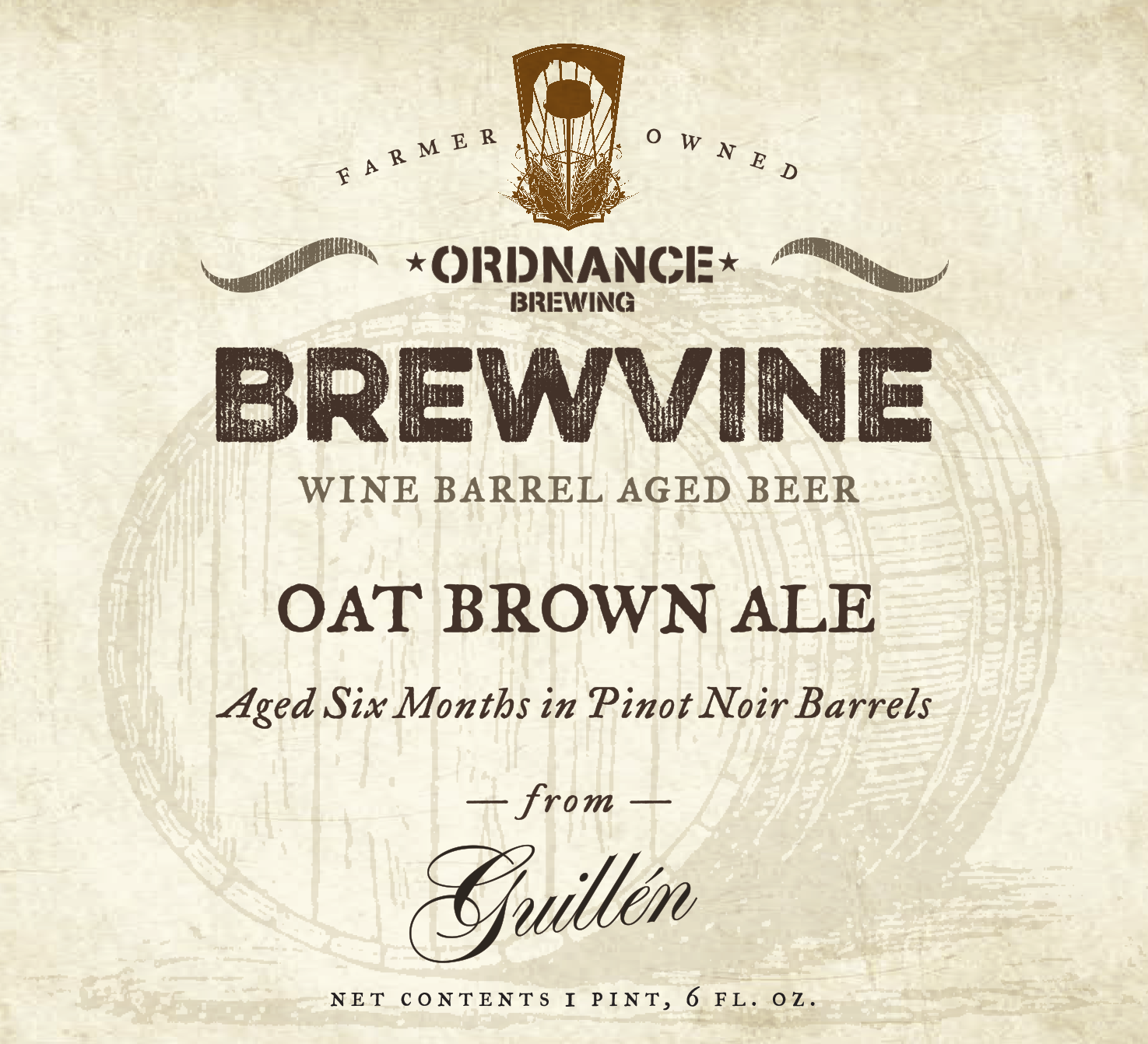 Boardman, Oregon – There are a growing number of quality whiskey barrel aged beers on the market and while Ordnance Brewing offers some of their own, they decided to take barrel aging a different route, into their regions wineries.

“The idea seemed simple enough. Capitalize on the flavors you can get from a wine barrel, including those from the wine and the wood. Use those flavors together in a beer crafted to maximize the overall attributes of each,” noted Ordnance Brewing’s Libation Engineer, Logan Mayfield. “But we wanted to go a bit further than just sourcing what barrels we could find. We went directly to the winemakers and spent time learning about their wine, especially what was in the barrels we’d inherit. Understanding as much as we could allowed for a more complete approach to the beer and the aging. We think the result speaks for itself.”

The first of the Brewvine releases, of which there will be four in 2017, is an Oat Brown Ale aged in Oregon Pinot Noir barrels provided by internationally acclaimed Dundee winemaker, Jesus Guillen. Jesus, like Logan, is a natural at his craft. So much so he scored 94 points on his first professional wines and has tied the highest rating for a Pinot Noir in Wine Enthusiast magazine. The Oat Brown was aged six months in Jesus’ barrels and the end result is a dynamic, rich ale that has layers of flavors of the beer, Pinot Noir, and the oak from the barrel. It is age worthy and exceptionally rare with just 100 cases bottled and just 85 of those released in the Pacific Northwest.

“The second Brewvine will release in late Spring an Imperial Wheat aged in freshly drained Pinot Noir barrels from Ponzi Vineyards. The beer is proving to be exceptional as it ages, and we’re looking forward to see how a couple more months in the barrel will finish it,” noted Logan.

Founded in 2014, Ordnance Brewing is located in Boardman, Oregon. There in Oregon’s Columbia Plateau, Ordnance operates a 50 barrel brew system with capacity to brew to produce an expansive set of experimental beers and a core set that includes RX Pale Ale, Kolsch, EOD Double IPA, Bloops Blueberry Wheat and FMJ IPA. Ordnance Brewing is farmer owned and managed by Craig Coleman who has been farming in Oregon since he was twelve years old. The brewery maintains taprooms in Boardman and Wilsonville, Oregon.