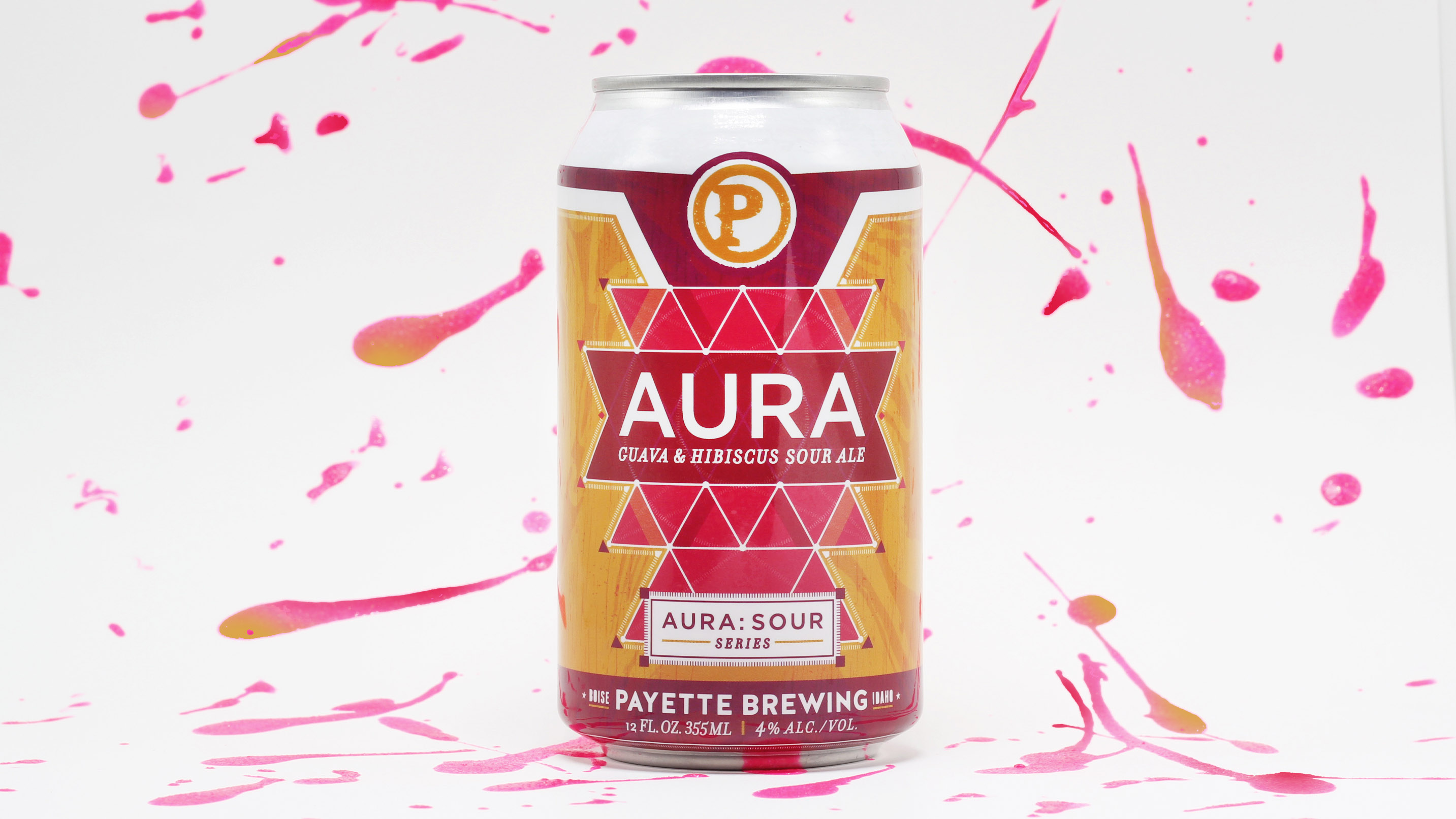 The latest beer from Payette Brewing Company to join its year-round lineup of beers is Aura Guava and Hibiscus Sour Ale in twelve-ounce canned six-packs.

Back in 2017 Aura Guava and Hibiscus Sour Ale was part of Payette Brewing’s rotating 22 ounce Sour Ale Series. The beer was so popular that it is now part of the 2018 year-round lineup of 12 ounce canned beer.

Brewing Aura Guava and Hibiscus Sour Ale was a bit of a departure for the brew team at Payette Brewing. Mainly known for its lagers and hop forward beers it took a chance when brewing this beer last year.

“A nod to warmer days and drinking with friends in the sunshine, this incarnation of Aura plays on the refreshing and complex tropical flavors of guava and hibiscus,” states Payette Brewing brewer, Matt Watterson, in a statement. “Tinted with hues of hibiscus petals and topped by an airy brilliant white head, this ale bursts with aromas of tangy cranberry and under ripe blackberries alongside poached pear and pomegranate. The flavors follow suit, ushered in with light, crackery pilsner malt notes and followed with strawberry and lemon zest fruitiness. A dry finish is aided by a faint tea-like bitterness and citrus-like acidity.”

Aura Guava and Hibiscus Sour Ale is brewed using living cultures that gives the beer complex characteristics with an aura of flavor about it that retain amusing, tart flavors. This beer lands at a modest 4% ABV and 9 IBU, is well balanced and incredibly thirst-quenching.

Payette is excited to release Aura Guava and Hibiscus Sour Ale on February 16, 2018 at Payette Brewing Company, with the beer hitting taps and shelves shortly after across Idaho, Oregon, Washington, Nevada, Montana, Wyoming, Utah and Canada.