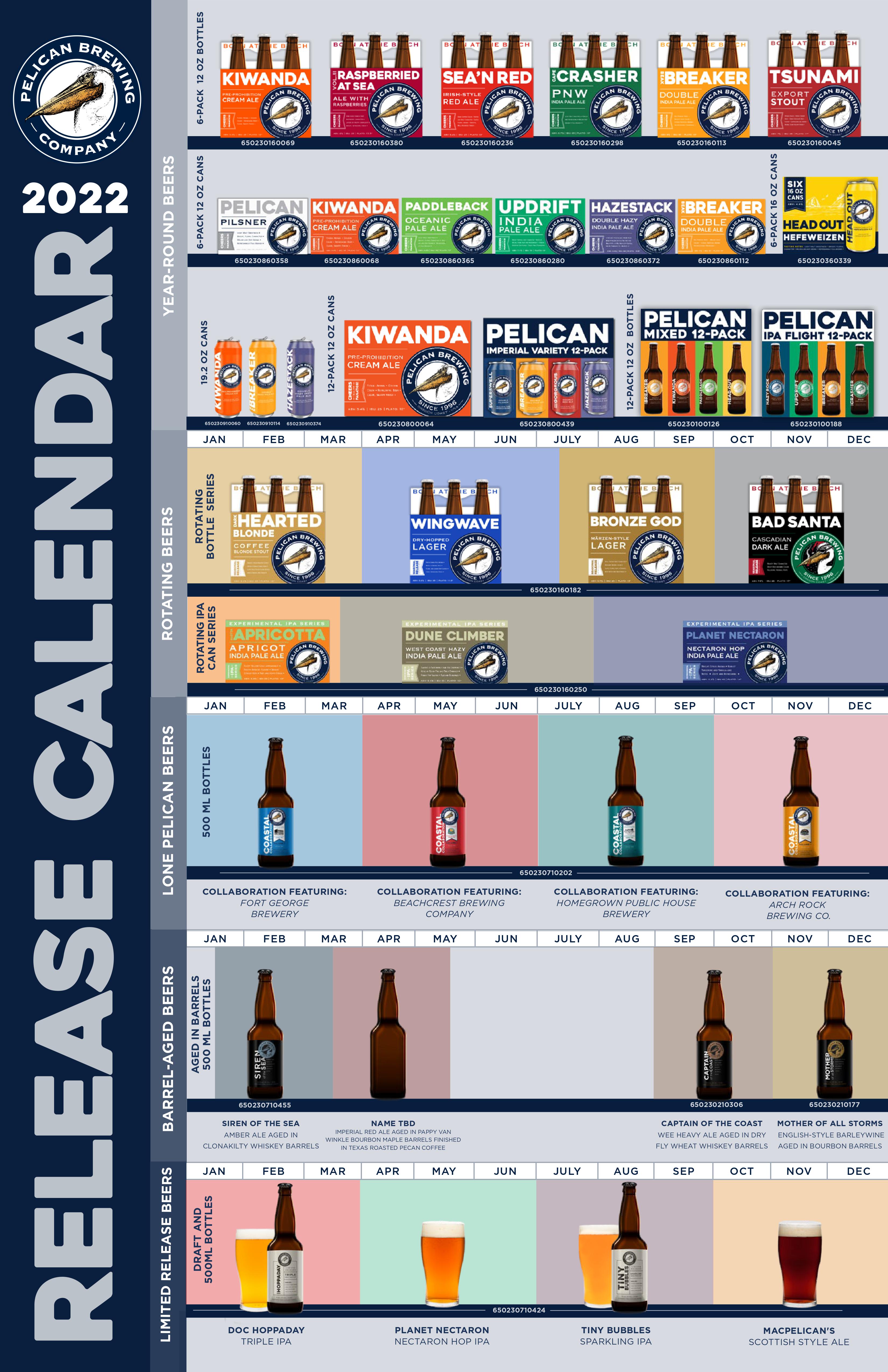 A handful of new beers along with many longtime favorites join the lineup this year from Pelican Brewing as the brewer announces its 2022 Beer Release Calendar. Led by Darron Welch, Pelican Brewing has been brewing its award-winning beer on the Oregon Coast for over a quarter of a century. The coming year will also see a new Pelican Brewing location along scenic Highway 101.

When it comes to Pelican’s 2022 Rotating Series, there will be seven beers throughout the year. Dark Hearted Blonde, Wing Wave Lager, Bronze God, and Bad Santa CDA will be in 6-pack bottles while Aprioctta IPA, Dune Climber IPA, and Planet Nectaron IPA will be in 6-pack cans.

In addition to these series, Pelican will also release a handful of barrel-aged beers including Siren of the Sea, Captain of the Coast, and of course, Mother of All Storms!