pFriem Family Brewers adds two beers to its lineup of 12oz cans. Last year the Hood River brewery introduced its pFriem IPA and pFriem Pilsner in 12oz cans and now it will add pFriem Hazy IPA and pFriem Pale to this lineup.

“With great anticipation and excitement, we are proud to announce that we are adding Hazy IPA and pFriem Pale to our line-up of canned beers,” said Josh Pfriem, Brewmaster/Co-Founder of pFriem Family Brewers, in a statement. “With the success of Pilsner and IPA in our off-premise channels, we wanted to bring our fans two new beers that we have been developing for years now, and which will add great diversity to our canned offerings and deliver joy to any drinking occasion.” 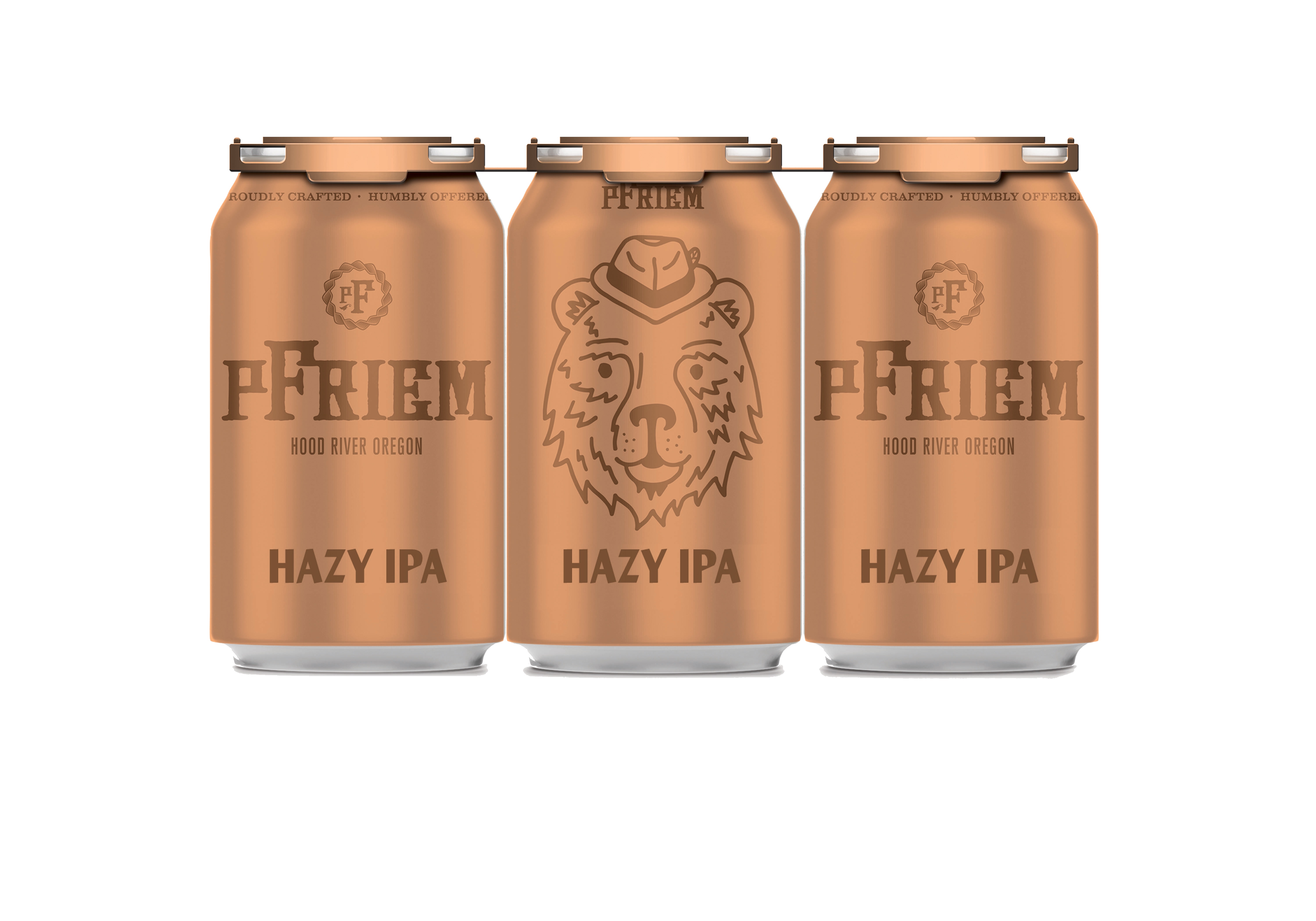 “pFriem Hazy IPA is a beer that has continued to evolve over the past couple of years,” continued Pfriem, in a statement. “We credit the silky-smooth drinkability of this beer to Bob’s Red Mills Classic Oats. “The big and juicy papaya and passion fruit flavors come from two of our favorite Pacific Northwest hops, Citra and Eldorado, which play very well with our fruity English yeast. We are very excited to continue the evolution of this beer by bringing it to you in 6-pack cans.”

When it comes to pFriem Pale, this is a brand new beer that is being brewed just for the 12oz packaging. “pFriem Pale is a beer we have been dreaming about for years and now the timing is just right for it,” explains Pfriem, in a statement. “This is not your Grandpa’s Pale Ale: this beer is bright, beautiful, fresh and very hop forward. It is dry hopped at a similar rate as IPA, but clocks in at 5.4%, which means this Pale Ale was meant for savoring the thirst quenching notes of ripe melon, mango, and citrus, can after can.” 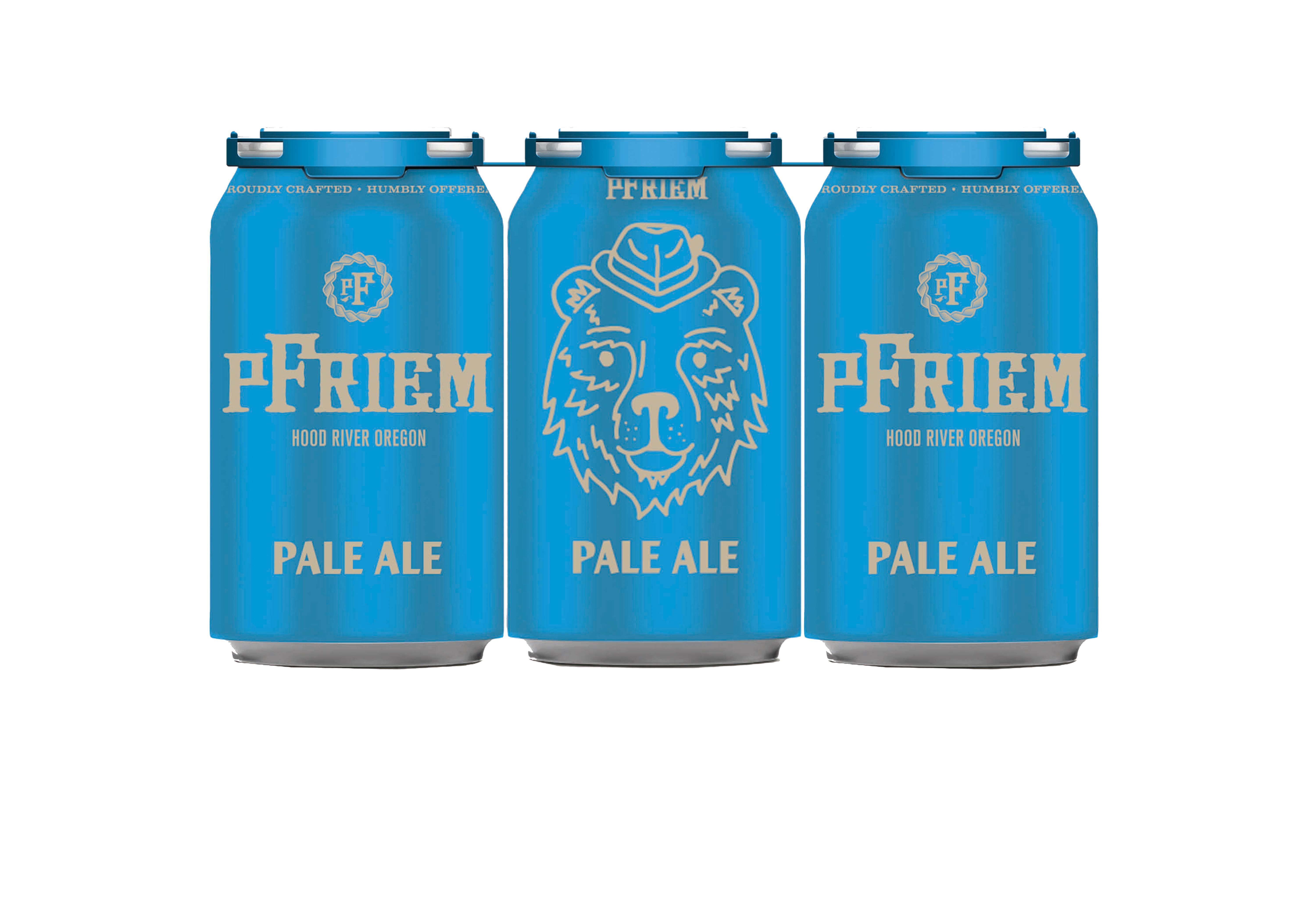 This shift to packaging more beers is due to the shift in demand of beer while we continue through the COIVD-19 pandemic and its limited options for serving draft beer at on-premise locations. To meet that production level as well as to continue to grow its 500mL bottle production, the brewery is upgrading its facility and enhancing its infrastructure to make way for canning. Part of pFriem’s 2020 expansion includes installing a German-made, state-of-the-art 50 Hectoliter (42 BBL) GEA CRAFT-STAR brewhouse. The five-vessel configuration will be capable of producing five batches of wort in 17 hours. A steep conditioned MILL-STAR will accompany the brewhouse, which will allow for increased raw material utilization and throughput.

“We are incredibly excited to be bringing in new, state of the art brewing technology to our facility. This new brewhouse will allow us to brew more beer at a level of quality and consistency that we have been dreaming of for years. The marriage of the technical skill and attention to detail of our team, and this new capability will surely delight all the pFriem fans in the Pacific Northwest and beyond” concluded Pfriem, in a statement.