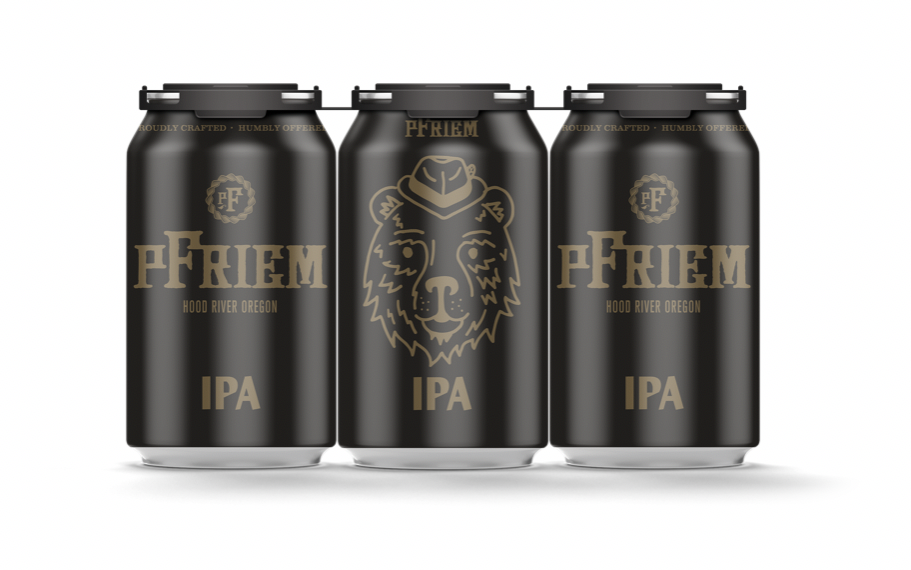 January 14, 2019 – Hood River, Oregon – pFriem Family Brewers, one of the most award-winning breweries in Oregon, announced today that the brewery’s beloved IPA and Pilsner will be available in cans beginning in early March throughout Oregon and Washington. Both beers will continue to be made available on draft and in bottles.

Josh Pfriem, Brewmaster/Co-Founder, said, “With great anticipation and excitement, we are proud to announce that pFriem beer will now be available in cans, which is the realization of a long-term dream of ours. In our uncompromising approach, driven by the desire to make the best beer possible, we welcome this next step on our exciting journey! We are looking forward to being part of many outdoor adventures, backyard barbecues, or any occasion that calls for sharing a can of pFriem with our friends and fans in the Pacific Northwest.”

Pfriem continued, “The cans will feature the pFriem bear, which has been the brewery’s mascot and a reminder to take what we do seriously, but never take ourselves too seriously. He’s also a reflection of the love we have of the outdoors and how lucky everyone at pFriem Family Brewers feels to call Hood River, Oregon home.”

“What better place for us to start our canning program, than with IPA and Pilsner, which are among our most popular styles.” continued Josh Pfriem. “These two beers also pair best with the wintertime and summertime activities that we at the brewery love to do with a beer in hand, so it was a pretty easy choice.” 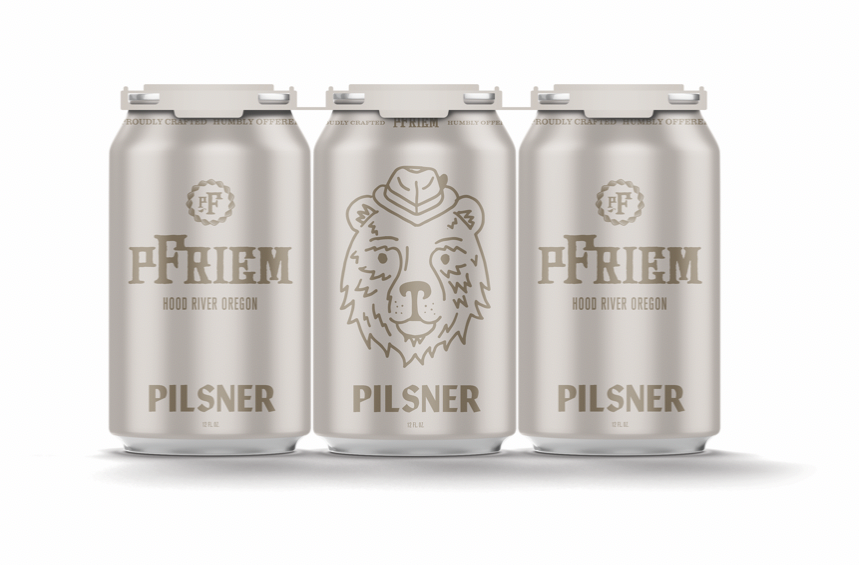 The brewery has upgraded its facility and enhanced its infrastructure to make way for canning. The team expects annual barrelage for cans to be around 5,000 barrels in 2019. To meet that production level as well as to continue to grow its draft and 500ml bottle production, the brewery will be expanding its Hood River facility in 2019.

While IPA and Pilsner are definitely the first two styles pFriem will can, the company has indicated that in the current dynamic craft beer market it’s difficult to predict which future styles it will introduce and when. Producing over 100 unique beers every year, it’s easy for the company to imagine some of those coming to cans after it launches IPA and Pilsner. pFriem noted that the brewery will continue to express its wide variety and brand depth through its 500ml and 375ml bottles. Full press kit for the cans is available here.

About pFriem Family Brewers
pFriem Family Brewers (pronounced “”reem”) is a Northwest, German, and Belgian inspired 15-barrel brewery and tasting room in Hood River, OR. Founded in 2012 by Josh Pfriem, Ken Whiteman and Rudy Kellner, pFriem has experienced incredible growth in its short six years and has earned prestigious awards, including being named GABF® 2018 Mid-Size Brewing Company of the Year and numerous medals in national and international brewing competitions. Best known for artisanal beers influenced by the great brewers of Europe while staying true to homegrown roots in the Pacific Northwest, pFriem craft beers are unmistakably unique in both flavor and balance. Visit pFriem online at www.pfriembeer.com, or onsite daily at 707 Portway Ave., Suite 101, Hood River, OR 97031.