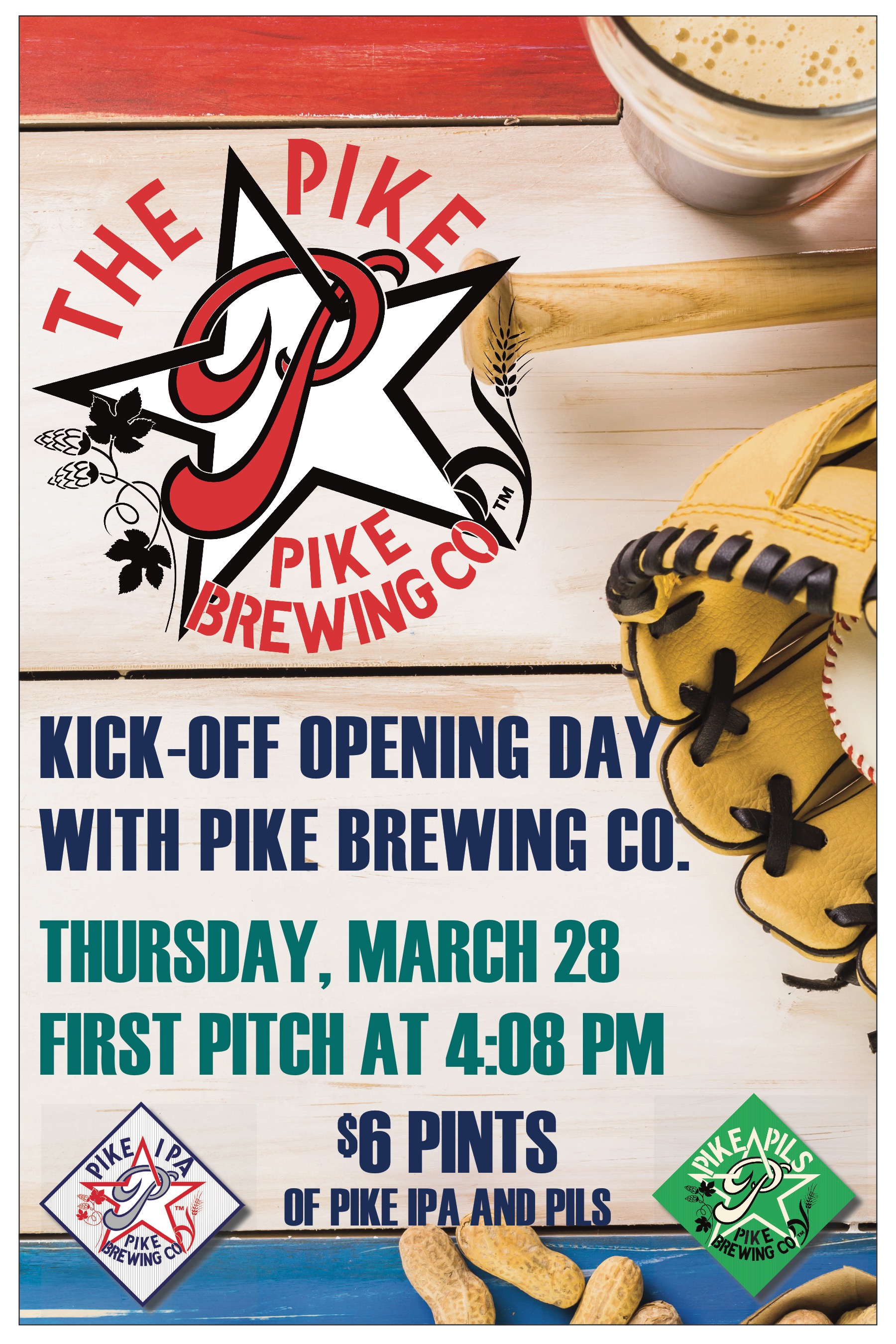 Later this week, the Seattle Mariners will begin its 2019 campaign when it hosts the Boston Red Sox for Opening Day on March 28th. To help kick off the 2019 Mariners season in the newly named T-Mobile Park, Pike Brewing will be celebrating with the release of its Pike Kilt Lifter in 16-ounce cans that will be available inside T-Mobile Park.

Prior to the first pitch, Pike Brewing will host its Kick-off Opening Day with Pike at Henry’s Tavern. Starting at 1:00pm on Thursday, March 28th, Henry’s Tavern in SoDo will be pouring $6.00 pints of Pike Pils and Pike IPA.

Then when you head over to T-Mobile Park for the first pitch at 4:08pm, enjoy Pike Place Ale on draft and Pike Kilt Lifter in brand new 16oz cans. Here are more details on both beers and where you can find each of the beers inside T-Mobile Park.

Pike Launches 16oz Kilt Lifter Cans for Mariners Opening Day
Layers of sweet malt, reminiscent of caramel and toffee, are accented by a wee whisper of peat smoke, making this versatile beer the best-selling in Pike Brewing’s history. Pike Kilt Lifter switched from 12oz bottles to cans last fall, and Kilt Lifter will now also be available in a 16oz can format! The perfect size for game time, Kilt Lifter 16oz cans will be available at all Ivar’s and High Cheese Pizza concession stands:

Pair Pike Place Ale with New Paseo Sandwiches
For the second year, Pike Place Ale will be available on draft throughout the stadium. This farm-to-tap beer is brewed with Skagit Valley Alba Malt and citrus-forward Yakima hops. Every keg sold helps support the Pike Place Market Foundation, which works to nurture a thriving market community by helping our neighbors access housing, healthcare, healthy food and childcare.

Try Pike Place Ale on tap at Edgar’s Cantina where you can pair it alongside the new addition of Seattle’s renowned Paseo sandwiches including their fan-favorite Caribbean Roast featuring slow-roasted pork shoulder in Paseo’s signature marinade served with garlic aioli, caramelized onion, cilantro, pickled jalapeño, and romaine lettuce on a toasted baguette. You can find Pike Place Ale on tap throughout the ballpark at the following locations: