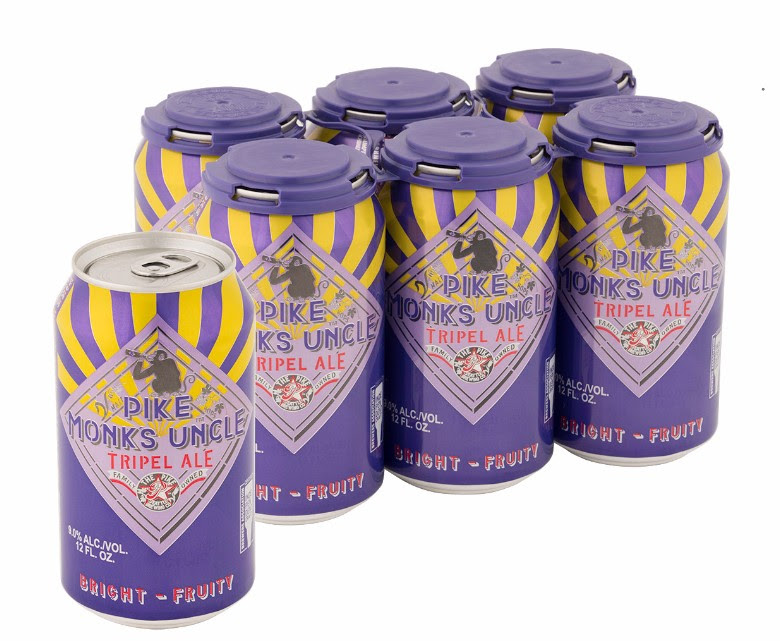 As cans continue to make momentum, Pike Brewing has recently launched one of its more popular beers in new 12-ounce cans. Pike Monk’s Uncle is a Belgian-style Tripel that until now had only been available in 22-ounce bottles and on draft.

Pike Monk’s Uncle is the third release from Pike Brewing that has made its way into cans. This Belgian-style Tripel is described as being light and complex with fruity and spicy esters and a pleasing sweetness. Hints of clove, banana and floral honey from the Belgian yeast enliven this bright beer, which finishes dry with a citrusy zing.

Since the beer’s introduction in 2008, Pike Monk’s Uncle has been honored with medals at various beer competitions. The beer has won a Gold medal at the North American Beer Awards, and more recently a Silver medal at the Great International Beer & Cider Competition and Best of the Northwest at the United States Beer Tasting Championship.

Pike Monk’s Uncle cans are currently available at the brewery in downtown Seattle and will begin appearing at Western Washington independent retailers this month.