No.4 Session IPA is Pike Brewing summer seasonal beer and will be available on draft and in 22 oz. bottles throughout the summer. The beer is described as delivering well balanced hop flavors and aroma with a low ABV for summertime fun. This bright and floral session IPA is brewed with Skagit Valley Alba malt and the Ales for ALS proprietary hop blend. Together these ingredients create a clean and bright beer with citrus and stone fruit flavors and aroma.

Pike Brewing offers a tip of the hat to Loftus Ranches and Hopunion who created Ales for ALS, to Kraig Knutzen for growing our Alba barley and to Skagit Valley Malting for malting the barley.

Pike Brewing will donate $1.00 per pint of Pike No. 4 Session IPA sold in its downtown Seattle pub. The brewery also suggests the same donation for pubs, bars and restaurants who pour this summer seasonal beer. 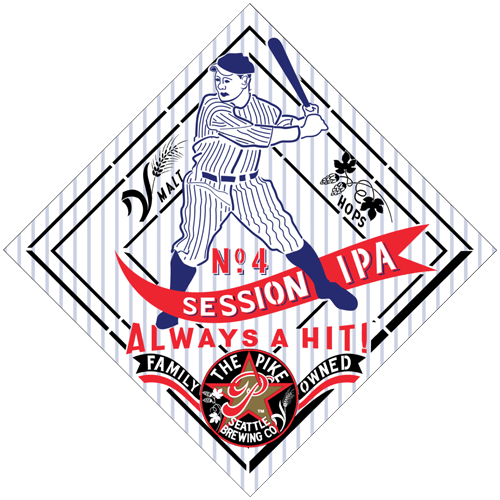 Pike No.4 Session IPA is available now as a seasonal release and can be found in 22 oz. bottles and on draft. Take a look here for stores, bars and restaurants that carry Pike Brewing beer.