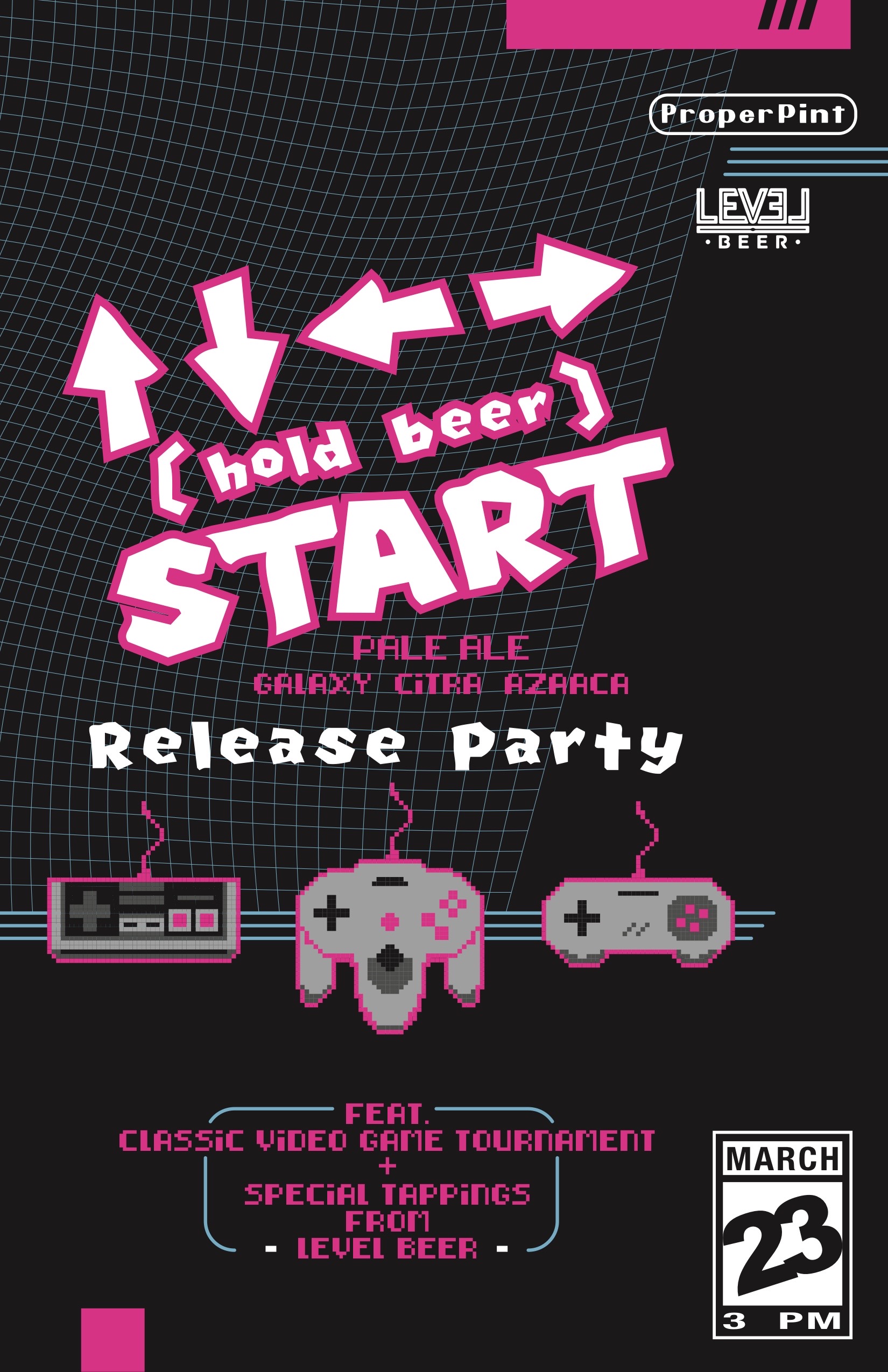 The team at Proper Pint Taproom recently ventured out to Level Beer to collaborate on a new beer, Up, Down, Left, Right, Hold Beer Start. This new Pale Ale will be released on Saturday, March 23rd at Proper Pint from 3:00-7:00pm.

Up, Down, Left, Right, Hold Beer Start was brewed with Citra, Azacca and Galaxy hops and will be available for distribution through Running Man.

To celebrate its release of the new beer, Proper Pint will be tapping it on Saturday and throwing an old school video game tournament. There will be 4 different games; Ice Hockey on the Nintendo, Mario Kart on the Super Nintendo, Mortal Kombat on the Sega Genesis, and Golden Eye on the N64. Sign-up sheets for each game are here at the bar with the tournament kicking off around 3:30. In addition to Up, Down, Left, Right, Hold Beer Start, Proper Pint will also be pouring Level Game On! IPA and Lets Play Pilsner.