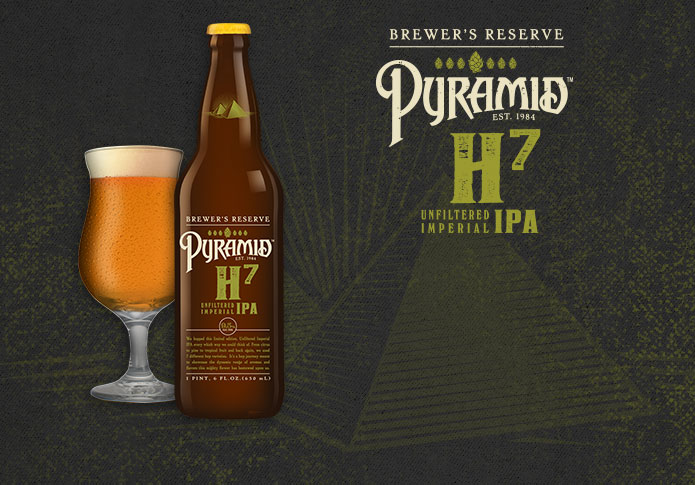 SEATTLE, WA — Due to popular demand, brewers at Pyramid Breweries have brought back a liquid that is sure to surprise and impress craft beer enthusiasts. Pyramid’s H7 is a small-batch, limited edition Unfiltered Imperial IPA that boasts seven hop varieties and a dynamic range of flavors. With 9.5% ABV, this beer rates 80 on the IBU scale. Word is – H7 is one of Pyramid’s best beers ever, so hoppy beer fans will have to move fast since the beer is in market only through August.

“We hopped this limited edition batch every way we could think of,” said Ryan Pappe, head brewer, Pyramid Breweries. “We hopped it thrice in the boil, once in the whirlpool and twice in fermentation. From citrus to pine to tropical fruit and back again, we’re taking craft beer drinkers on a hop journey. We’re extremely excited about this beer and can’t wait for beer drinkers to give it a try.” 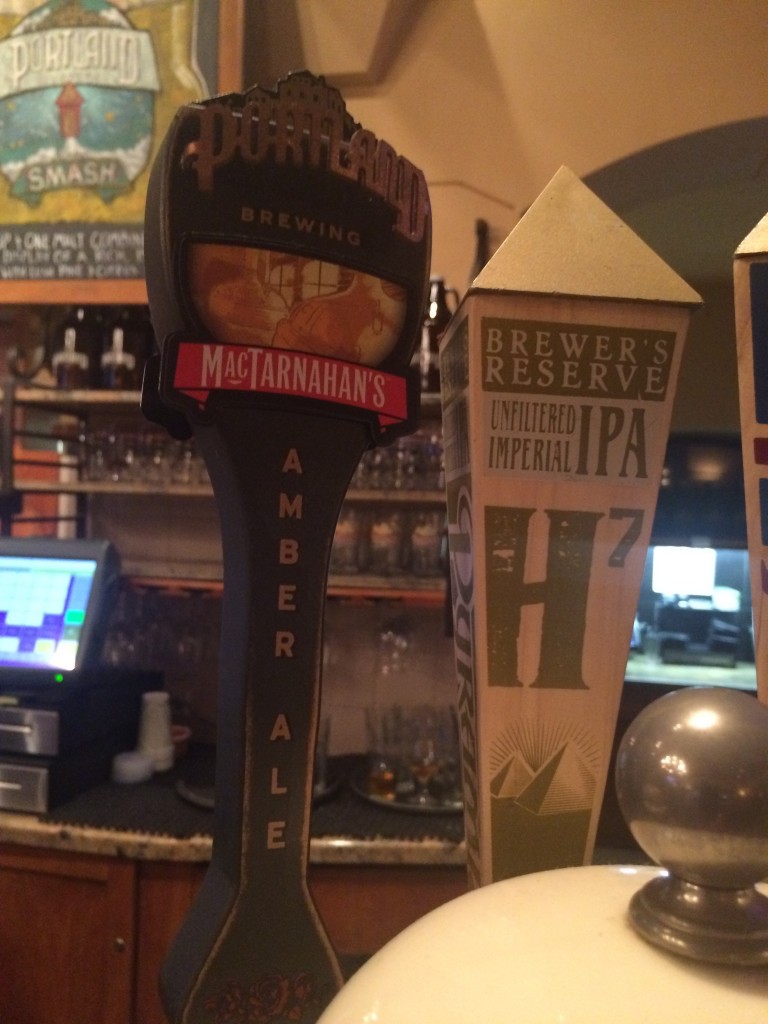 IPAs are nothing new to Pyramid, as Pyramid’s Outburst Imperial Ale is 4th best-selling IPA across the Pacific Northwest. However, the new H7 liquid caters specifically to the increasing demand of Imperial IPA’s, which is growing faster than IPAs (67% vs. 25% YOY) and driving 24% of overall IPA growth.

H7 will be available on draft and in 22 oz. bottles at select bars, restaurants and retailers across the United States. The launch will be supported by a mix of consumer sampling events across Pyramid’s core markets. To find Pyramid beers, use the global pint seeker.

About Pyramid Brewing Co. Based in the Pacific Northwest, Pyramid Breweries, Inc. began as Hart Brewing in 1984 and launched the flagship brand of Pyramid Ales. In 1996, the company was reborn as Pyramid Breweries and currently offers craft beers produced under the Pyramid family of ales and lagers. With breweries in Seattle, WA and Portland, OR, Pyramid also owns Alehouses at both locations and an additional Alehouse in Walnut Creek, CA.

Pyramid brewers have earned 17 medals at the Great American Beer Festival (GABF), including the honor of Mid-size Brewery of the Year in 2008. The brewery also has been awarded seven medals in international competition at the World Beer Cup.