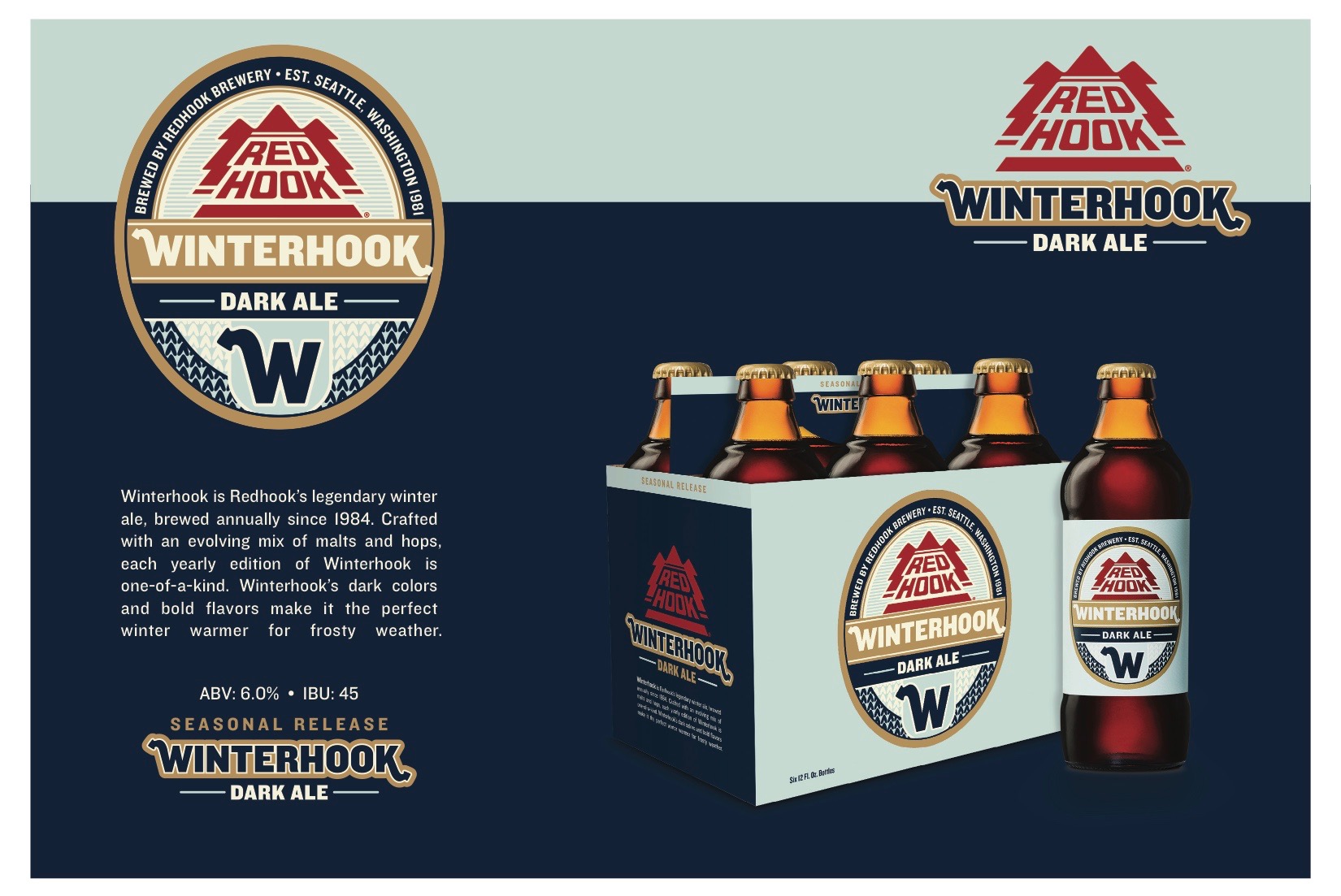 On the heels of the brewery’s downsizing of its production brewery in Woodinville, Washington, Redhook Brewery keeps alive one of its oldest and most popular seasonal beers, Winterhook Dark Ale. Since 1984 Redhook has been brewing its annual winter release, Winterhook Dark Ale to welcome in the wet, dark rainy months of winter.

Every year the brewers at Redhook come up with a new recipe to brew Winterhook. For its 32nd year, Winterhook uses three hops that will make this version one of the most hop forward versions yet. “We’re very happy with the 2016 version of Winterhook,” said Nick Crandall, lead innovation brewer at Redhook Brewery in a release. “In addition to a normal dose of Munich malt, we amped up the hop profile, with the addition of Simcoe, Centennial and Chinook hops, a perfect balance of malts and hops.”

The 2016 version of Winterhook is described as having a healthy dose of Munich malt and includes flaked oats for a creamier mouthfeel. The malt is balanced with the addition of Simcoe, Centennial and Chinook hops. This year’s Winterhook is a rich amber color – in the altbier range – with more hop character from a heavier addition of Simcoe hops.