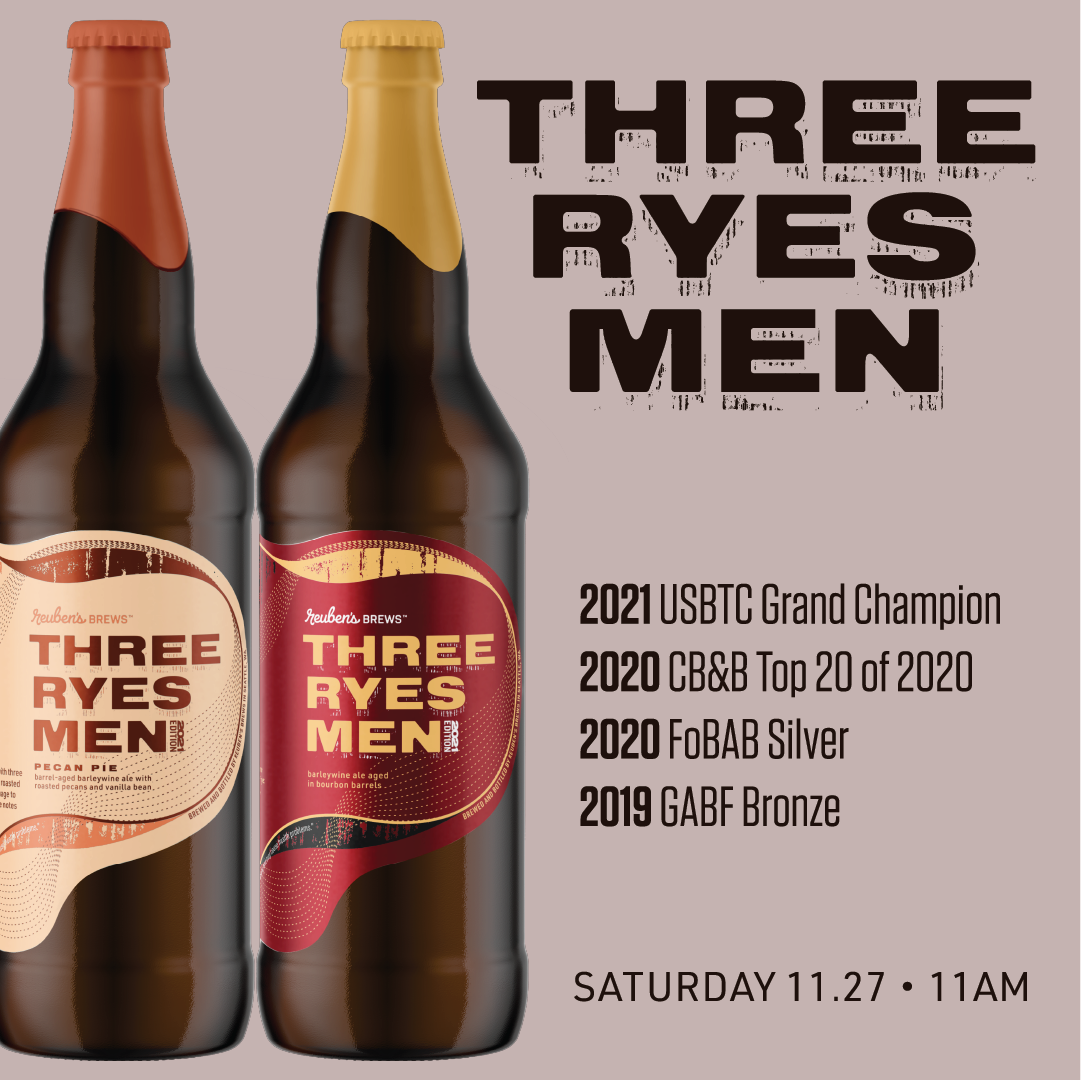 Landing in time for Small Business Saturday. Reuben’s Brews is set to release Three Ryes Men and Three Ryes Men: Pecan Pie in bottles today. Both beers will be available beginning at 11:00am today, November 27th by purchasing online and at the Taproom located at 5010 14th Ave NW in Seattle, Washington.

Here are details on each beer as described by Reuben’s Brews.

Three Ryes Men is our US Beer Tasting Championship Grand National Champion, Craft Beer & Brewing Top 20 of 2020, FoBAB Silver-winning, and GABF Bronze-medalist barrel-aged barleywine. One of our favorite beer releases of the year, we’re very excited to share this year’s batch with you all. Three Ryes Men is a barleywine brewed with multiple types of rye and aged in whiskey barrels, featuring a full body with malt driven caramel and chocolate notes, and layers of warming complexity. Our co-founder Adam describes this beer as a liquified rolo!