Newport, Oregon based Rogue Ales has just announced its 2018 Beer Release Calendar. In the coming year Rogue will release 32 packaged beers. Of these 32, 13 will be available year round while the others will be seasonal or special releases. 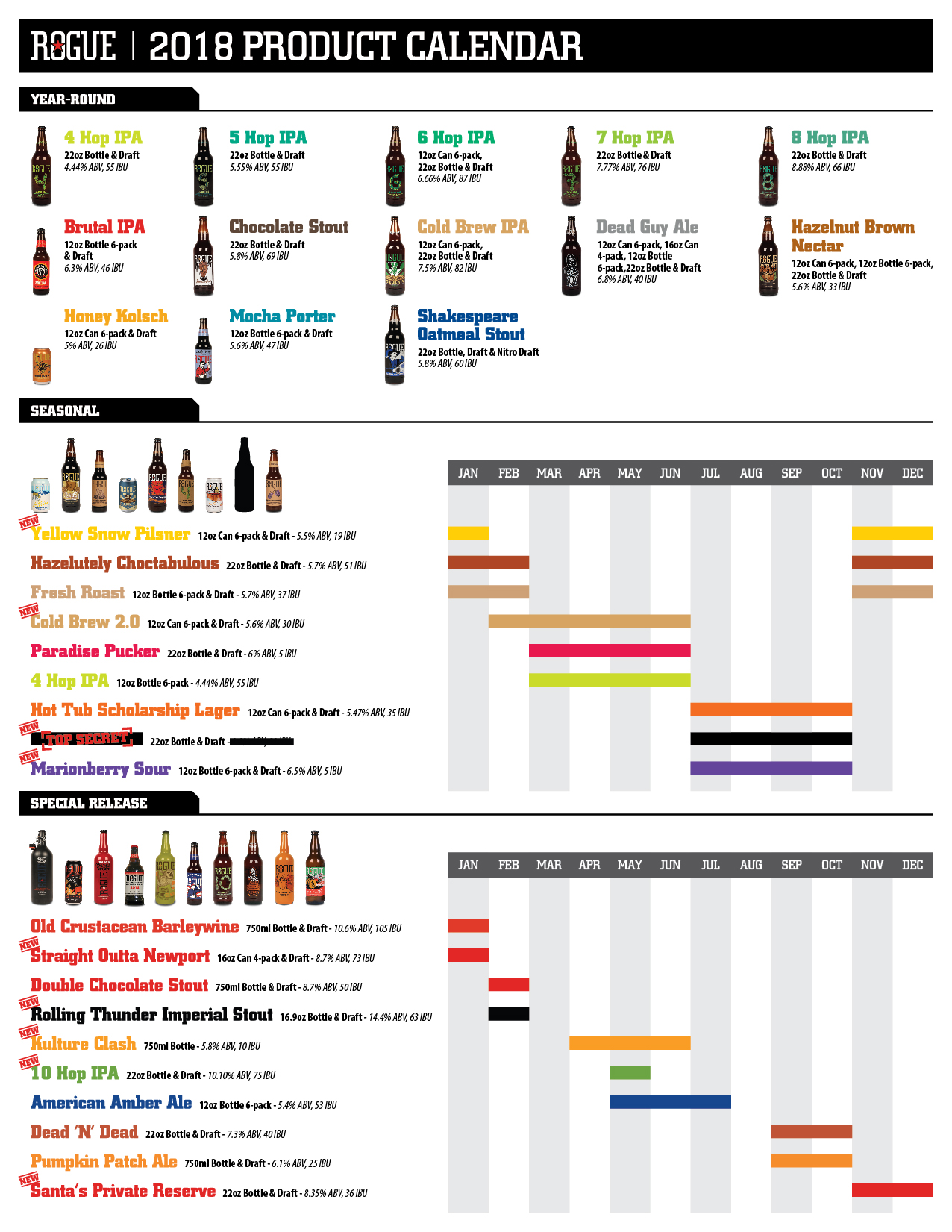