Today Rogue Ales officially launches 12 oz. cans of its world famous Dead Guy Ale during a roaming release throughout all of Portland. This roaming Dead Guy Ale can release will take the Rogue hearse through all of Portland’s quadrants giving out a free can of Dead Guy at each of the six locations.

So where will the Rogue hearse be? Here’s a rundown on the six stops and the half-hour times at each location.

Hollywood Vintage  (11–11:30 am)
2757 NE Pacific St.
Bringing one Oregon classic to another: Dead Guy fits right in beneath the gargoyles.

Voodoo Doughnut One (12:45–1:15 pm)
22 SW Third Ave.
The original location of Voodoo Doughnut, responsible for the doughnut-inspired flavors in our collision series. 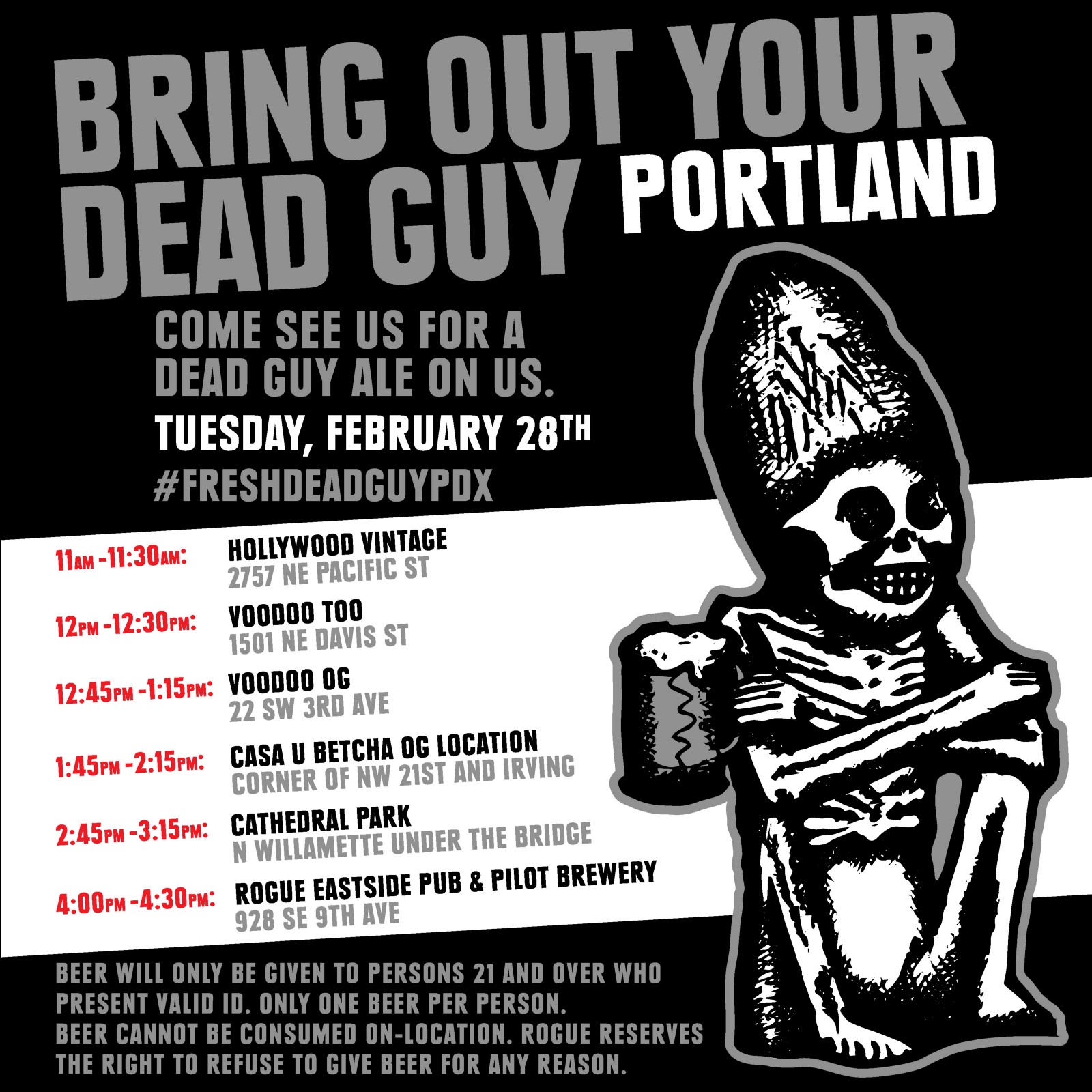 Tag @RogueAles on Twitter & Instagram and use #freshdeadguyPDX to show us what you think of the new Dead Guy cans.

Please note: Beer will only be given to persons 21 and over who present valid ID. Only one beer per person. Beer cannot be consumed on-location. Rogue reserves the right to refuse to give beer for any reason.