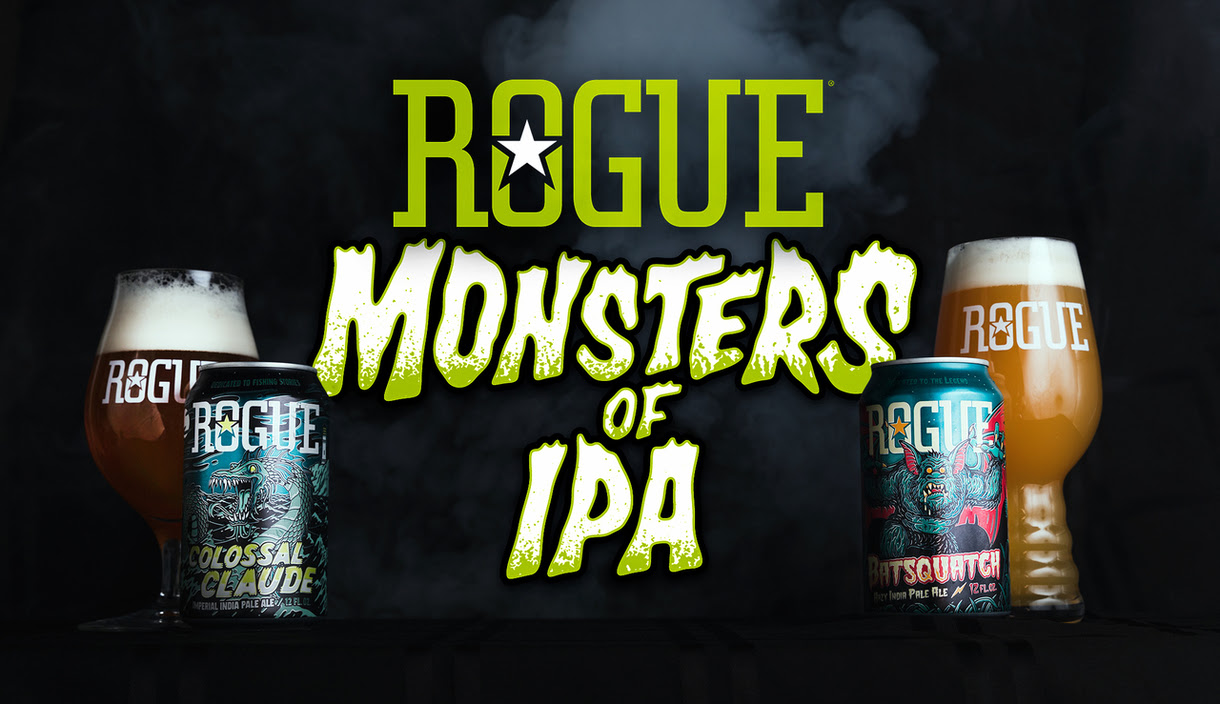 Rogue Ales & Spirits combines its ability to make hoppy IPAs with myths and legends from the Pacific Northwest. Two of Rogue’s IPAs, Batsquatch Hazy IPA and Colossal Claude Imperial IPA, popular core beers from pioneer craft brewery come to life in the ‘Monsters of IPA’ animated short series this spring. The elusive cryptids behind these monstrous beers have been spotted in the Pacific Northwest over the years and Rogue is telling their legendary stories.

“For years, rumors have circled that deep in the woods on Mount St. Helens lives the fabled Batsquatch. While there are many tales of Batsquatch, they are all a bit hazy on the details,” said Hagen Moore, VP of Marketing and Creative, in a statement. “We needed to know more about the monster behind our tropical, hazy IPA, so we took it upon ourselves to uncover the truth.”

“It’s been a few decades since a Colossal Claude sighting has been reported, but we’re fairly certain the massive sea monster has been laying low off the coast of his favorite brewery in Newport, Oregon,” continues Moore. “Colossal Claude, an enormous sea creature with a snake-like head and large tail, is believed to be a remnant of the paleolithic period. It’s time to learn more about this notorious sea monster, who inspired our piney, hoppy imperial IPA.”

The PNW is full of myth, but none as alluring to us as Colossal Claude and Batsquatch. These elusive creatures have mystified Oregon and inspired lore for nearly a hundred years. Which is why Rogue has dedicated two aggressively tasteful IPA’s to the legendary creatures. Rogue’s Monsters of IPA celebrates these legends and the beers behind them.

Sit back, crack open a beer and get ready to watch their fascinating stories unfold over the next eight weeks. Follow along on our social channels and at MonstersOfIPA.com, and subscribe to Rogue’s YouTube channel. Find Batsquatch and Colossal Claude near you using the Rogue Finder.