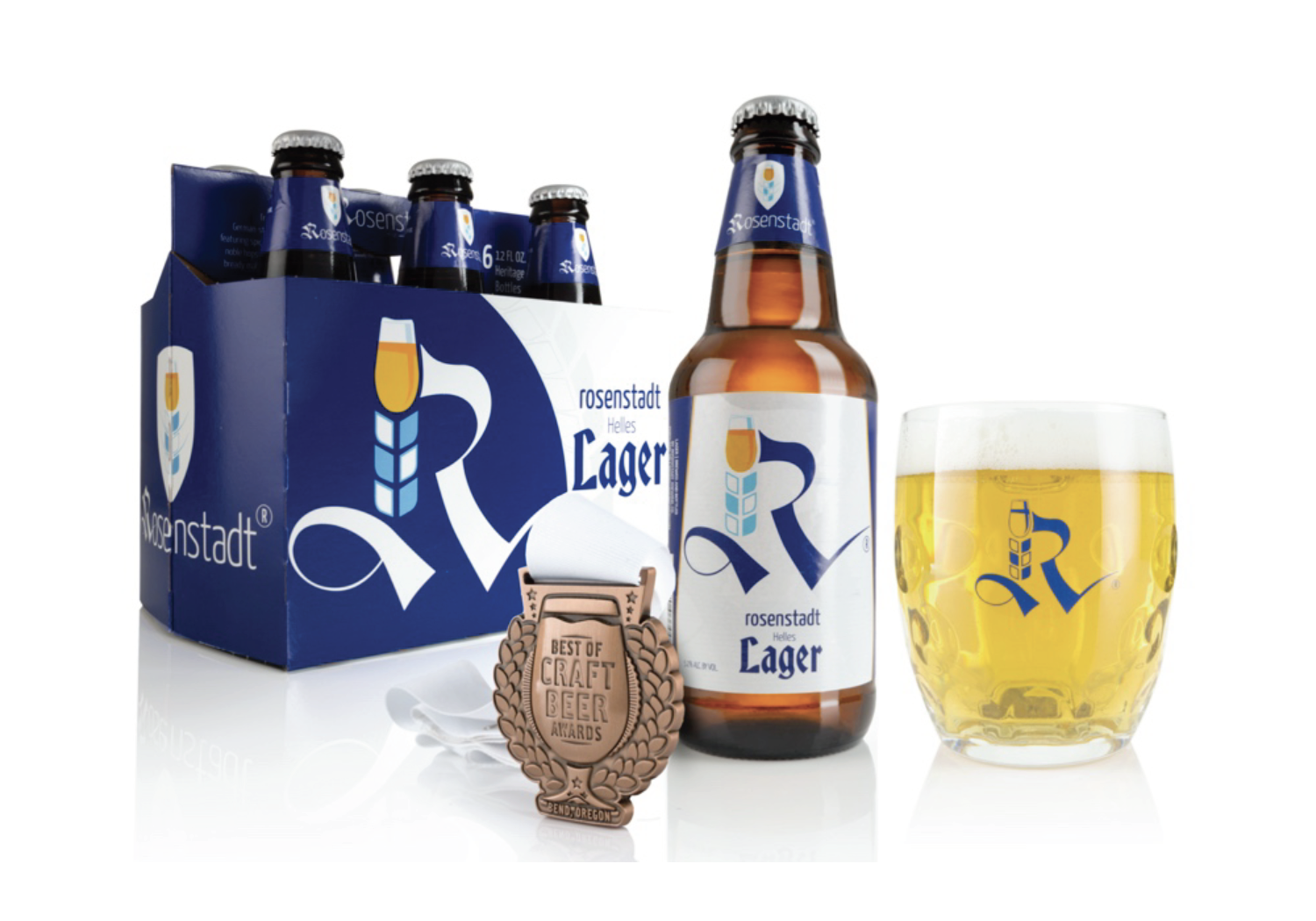 Rosenstadt Brewery has bottled its first beer, as its Helles Lager is now available in the Portland area in 12oz, 6-packs.

Founded by Tobias Hahn and Nick Greiner, Rosenstadt Brewery translates to Rose City in German. This sort of a gypsy brewery produces some fine German inspired beer no matter which brewery they choose to brew at. Rosenstadt brews its beers with ingredients imported from Bavaria and Baden-Württemberg using the same classic techniques Germans have used for generations. The brewery’s goal is to make balanced, nuanced beer you can enjoy glass after glass with family and friends.

This freshly bottled Helles Lager was brewed and bottled at Portland Brewing in Northwest Portland. In the past, Rosestadt has brewed its beers at various other breweries across the region and will continue to do so until it builds its own brewery.

Helles Lager is the most popular style of Bavarian lager and Rosenstadt continues this tradition in Oregon. Rosenstadt’s Helles is made of malts that evoke warm bread while Tettnanger hops supply delicately floral, lemon notes. We give this beer a minimum of six weeks to lager to create supreme balance and smoothness. Helles Lager sits at 5.2% ABV and 33 IBUs. This beer was awarded a Bronze at the  2019 Best of Craft Beer Awards.

In addition to Helles Lager, Rosenstadt brews classic German-inspired beer – regular draft offerings include Altbier, Kölsch, Weißbier, and with a nod to the northwest, a Pale Ale. Seasonal specialties such as Festbier, Maibock, and Dunkles Lager are available on a rotating basis.