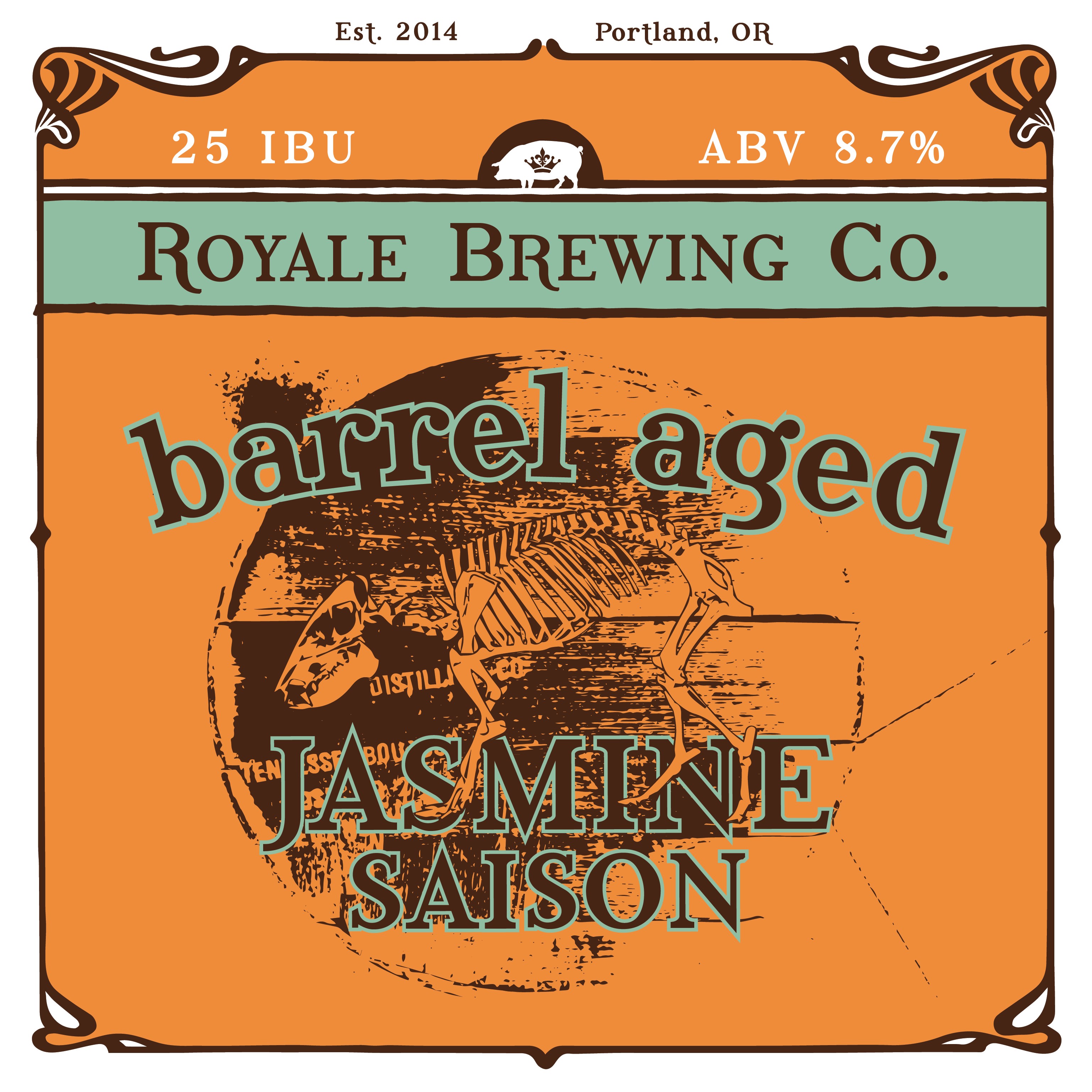 Beginning today Royale Brewing will embark on a monthly barrel-aged beer release at The Garrison Tap Room, Royale’s inviting tasting room located in St. Johns. Since Royale began brewing on its very own brewhouse almost one year ago on St. Patrick’s Day, the brewery has been setting beers aside to age in various barrels. Now the time has come to begin a regular release schedule for these beers.

Royale’s new monthly barrel-aged beer releases will take place on the first Wednesday of each month at The Garrison Taproom. Today, beginning at 5:00pm when The Garrison opens, Royale will tap its Barrel-Aged Jasmine Saison. This base beer is a Jasmine Tea infused Saison that was aged in bourbon barrels that sits at 8.7% ABV and 25 IBU.