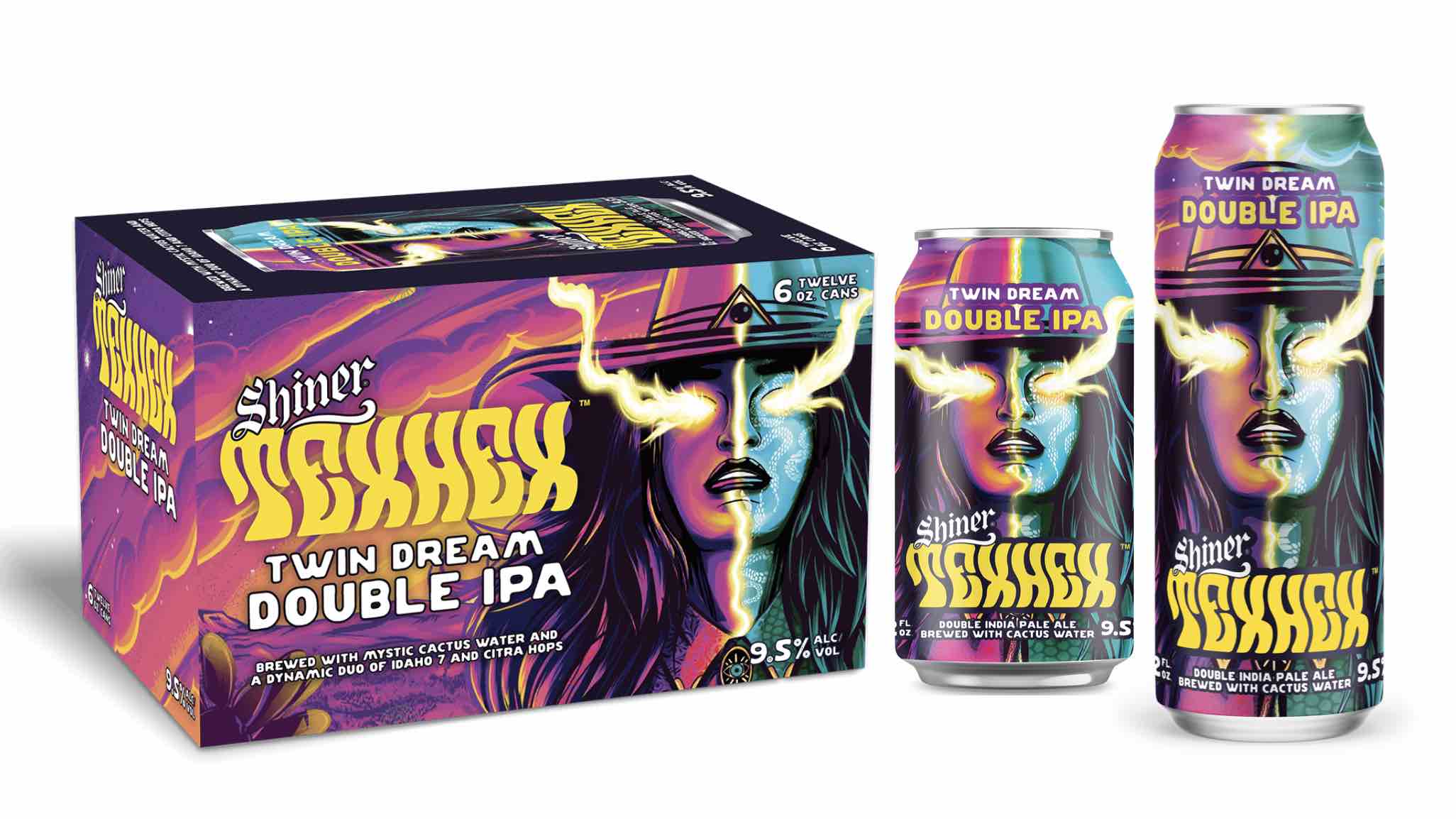 Below are details on all three releases, including the debut of Twin Dream Double IPA.

Tex Hex Bruja’s Brew IPA (7% ABV) is rolling out in limited distribution in Texas and nationally throughout January with plans for a full-scale launch in the spring.

Desert Mirage IPA (ABV: 8%) the second in Shiner’s newest IPA line, Tex Hex is a full-bodied hazy IPA with tropical flavors of pineapple and tangerine. Floral and resinous, this brew has a long, complex finish.

The Spoetzl Brewery was founded in Shiner, Texas (population 2,069), in 1909, by Czech and  German immigrants brewing beer with old-world traditions and recipes for Central Texas. Since then, the brewery has grown to be one of the largest independent craft brewers in the country with beers available in all 50 states and Mexico. To this day, every drop of the award-winning beer is brewed right in Shiner, TX, where it all started 112 years ago.