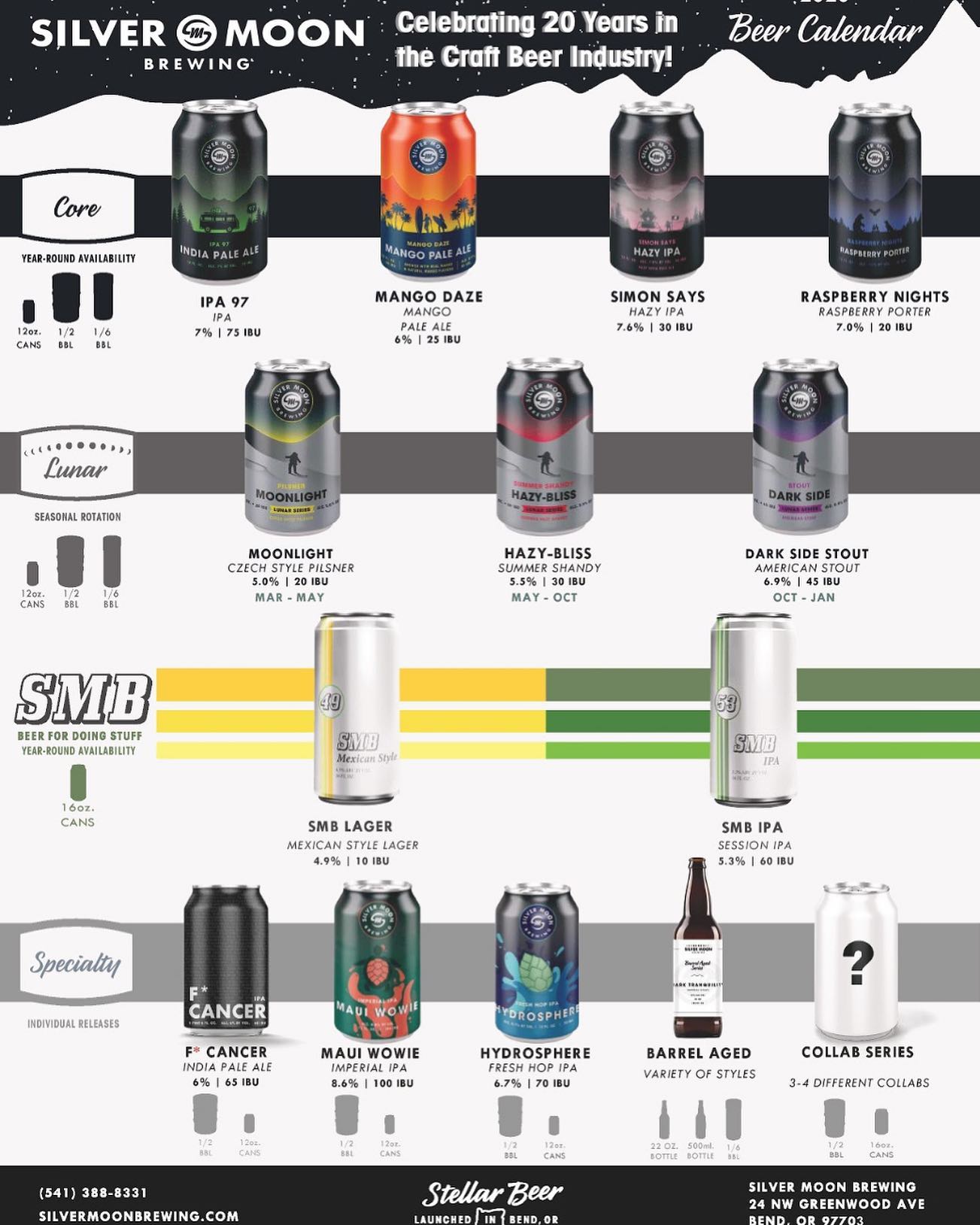 The coming year is a big one for Silver Moon Brewing as the brewery will celebrate its 20th Anniversary in 2020. Plus, the brewer has announced its 2020 Beer Release Calendar.

Also, a great time to visit Silver Moon Brewing is on Monday as the brewery continues its Monday Local’s Night. To kick off the work week grab $3.00 pints of the brewery’s core line up beers and $4.00 pours of its barrel aged beers all daylong on Monday!