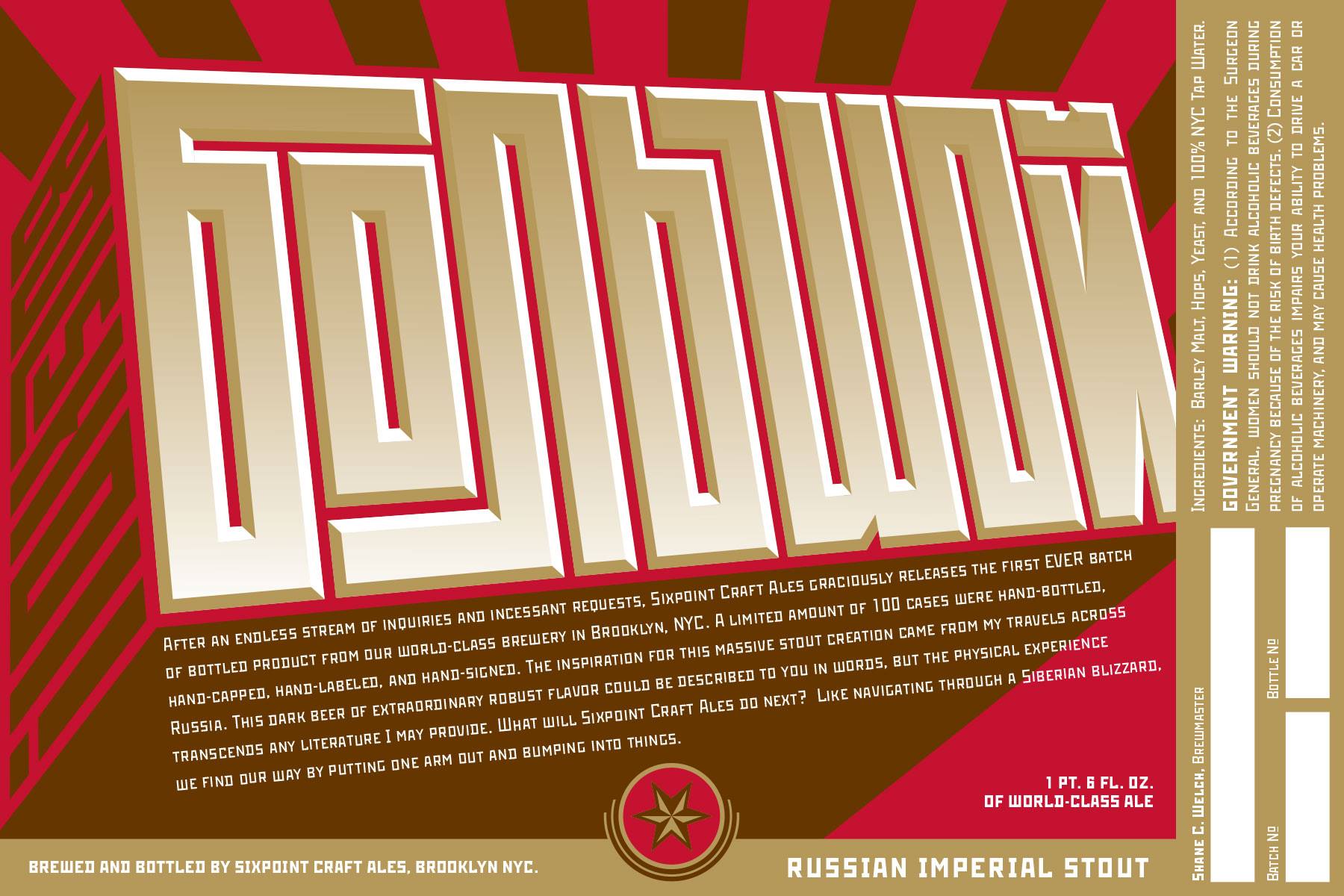 Close out the weekend with Shane Welch, founder of Sixpoint Brewery on Sunday, July 17 at Bailey’s Taproom. It is here where Sixpoint will host the Portland launch for its Bolshoi! Russian Imperial Stout. From 6:00pm to 9:00pm, celebrate this highly regarded stout with the brewery’s founder.

Bolshoi means “big” in Russian and at 10.2% ABV, Bolshoi! Russian Imperial Stout definitely lives up to its name. Another unique tidbit is that this was the first beer that Sixpoint had ever bottled.

In addition to Bolshoi!, Bailey’s will also be pouring Sweet Action Ale, Jammer Gose, and Resin IIPA on draft.