After years of seeking perfection on its tea infused India Pale Ale, Stone Brewing announces the release of Stone Soaring Dragon Imperial IPA. This new release brings together the floral qualities of White Tea with Citra and Loral hops.

Stone’s brewers have long experimented with teas in beer: Green tea, Earl Grey, Chai, Jasmine and more. Two years ago, the brewers set out on a series of trials to nail a perfect recipe for a national release. A trip to the famous Tianshan Tea City market offered exploration into white tea varieties, where they finally landed on the aromatic White Peony Tea for the win.

The resulting beer is a lesson in balance and harmony. The brewers achieved synergy between a complex and delicate tea and bold hop character. White Peony Tea is known for its herbal and stone fruit attributes that are subtle enough to complement hops without adding too much bitterness. As a result, the tea qualities dominate in the aroma. Flavors of raspberry, cinnamon, honey, sage and grapefruit pith are balanced with a sweet malt backbone. It’s refreshing while serving up that double IPA punch of flavor.

“We’re always trying to make a really unique beer, and that doesn’t have to be so complicated,” explained Steve Gonzalez, Stone Brewing Senior Manager of Brewing & Innovation – Small Batch. “This is an example of just that. When you have the best ingredients, you don’t have to do much else. We get the best hops money can buy and we sourced a tea that’s simply spectacular. You can taste the quality in this beer.”

Stone Soaring Dragon Imperial IPA is available in 12oz six-pack cans and 22oz bottles nationwide. It is available online for shipping in California at shop.stonebrewing.com. 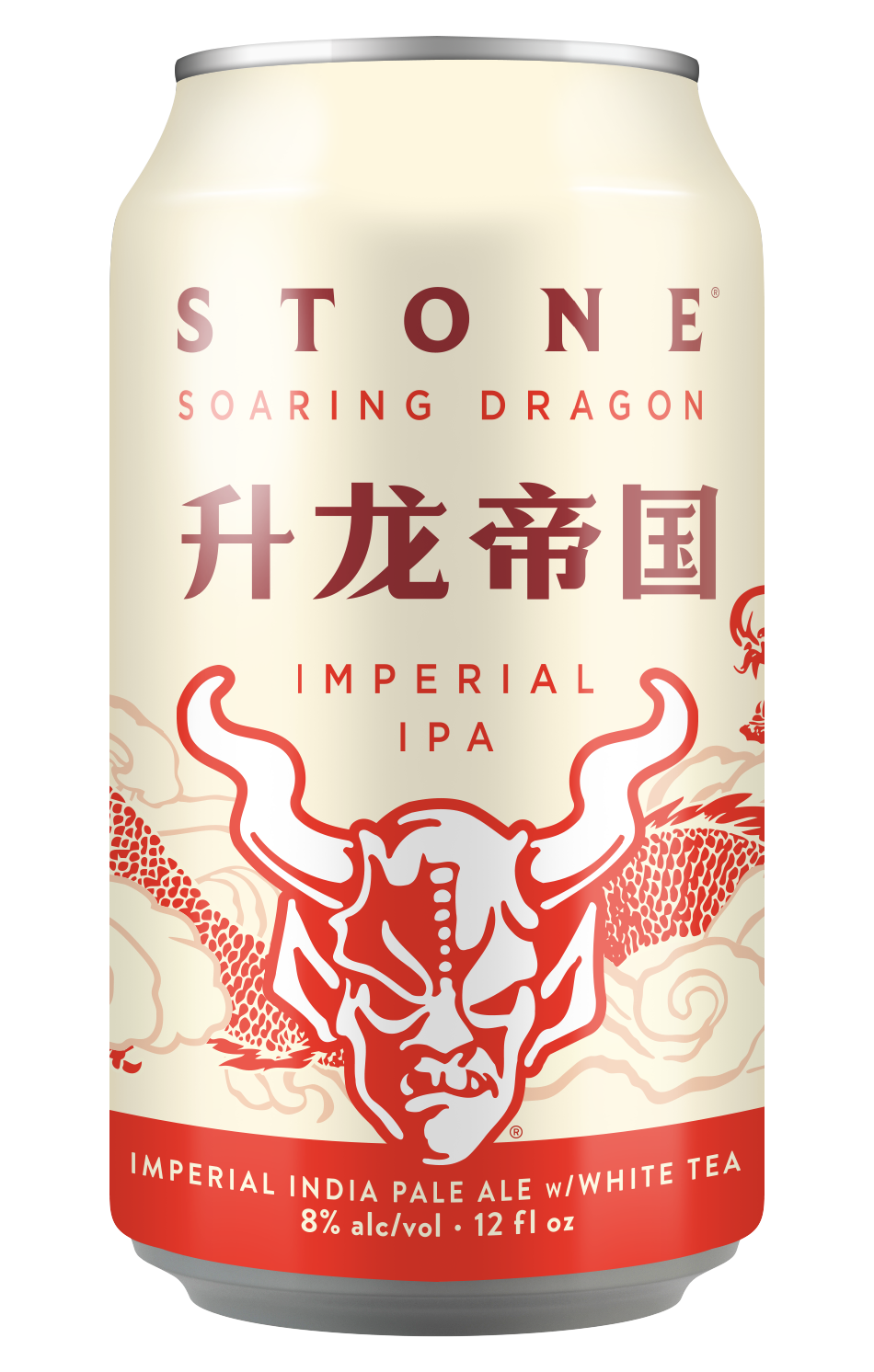