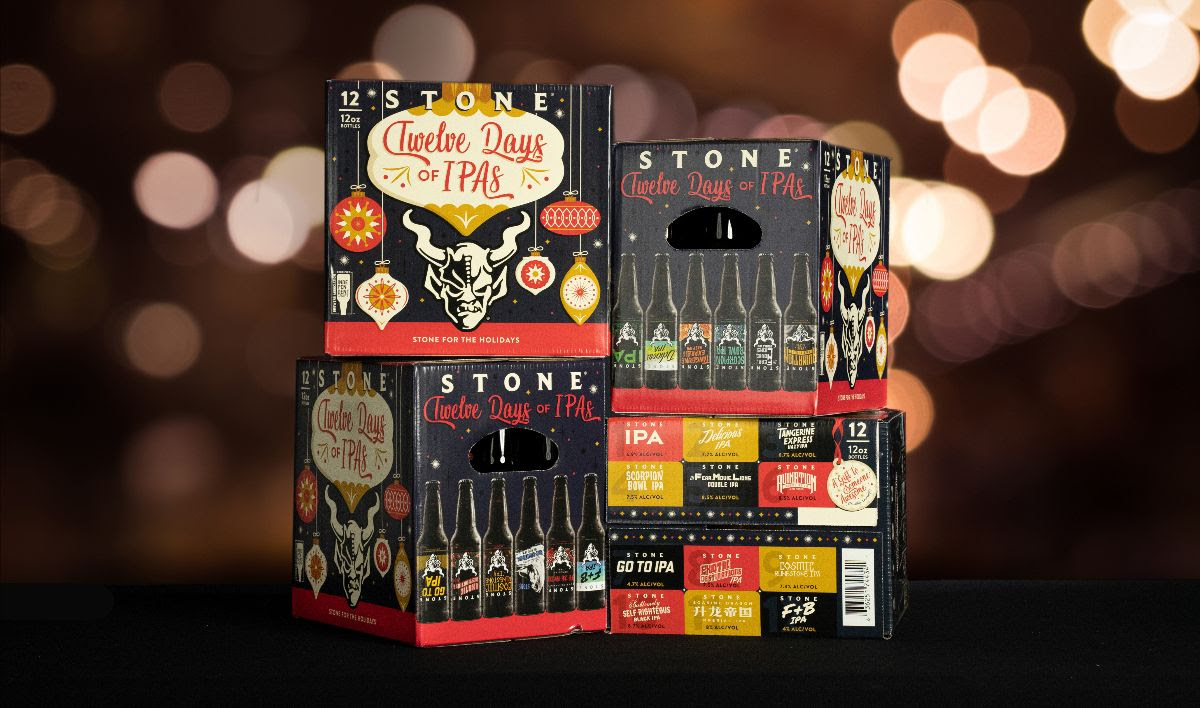 Each IPA in the pack celebrates the style in its own way. Some of the most highly anticipated include:

“We’ve long been obsessed with IPAs so a mixed pack like this both defies preconceived notions about what and IPA can be, and yet also defines spectrum of the category as well,” explained Greg Koch, Stone Brewing co-founder. “This extra special mix pack includes beers from our archives like Stone Go To IPA, which was a trend-setter for session IPAs, and Stone Sublimely Self-Righteous Double Black IPA that captivated our fans like nothing they’d ever tasted before.” And now, in our modern-day craft beer world, we’re taking on new territory with our brand new category-shattering Stone Features & Benefits IPA. So, for Stone fans looking for their favorite things over the holidays, this mixed pack really showcases our accomplishments. And for the other 99% of the population, it’s a delicious box of beers with festive packaging that signifies holiday cheer and great taste, whether for yourself, or someone else equally special.”

With Stone’s widespread distribution in all 50 states, the Stone Twelve Days of IPAs Mix Pack will be readily available nationwide this November. Check the Stone Brewing Beer Finder to find it near you: Find.StoneBrewing.com.