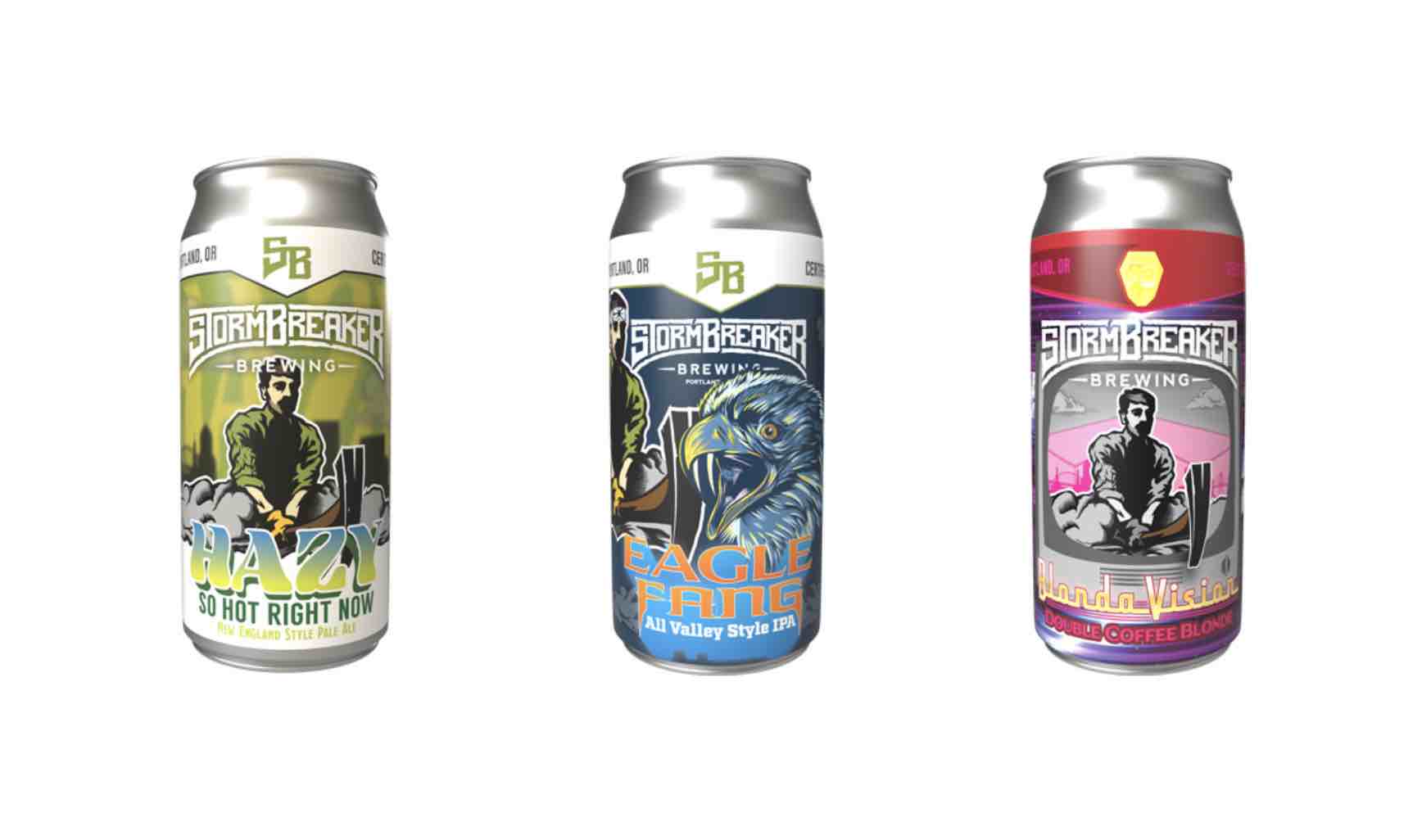 North Portland’s StormBreaker Brewing has three new Spring beer releases beginning to hit the marketplace. Be on the lookout for Hazy So Hot Right Now, Eagle Fang!, and BlondaVision that are all packaged in 16oz cans.

Here’s a preview of each of the new beers with descriptions provided by StormBreaker Brewing.

Hazy So Hot Right Now
New England-Style Pale Ale
Ever wonder if there’s more to life than drinking really, really, really ridiculously beer? We don’t think so either.
Our next strut down the hazy beer runway features 1lb per BBL of mosaic hops in the whirlpool, another 2lbs per BBL at dry hop. Producing intense, blue steel, le Tigre-like aromas of citrus and tropical fruits.
before you enjoy, please remember, the beer is “in” the can..
5.6% ABV  32 IBU

Eagle Fang!
All Valley IPA
We knew we designed a badass beer, now we just needed a badass name to go along with it; something that commands respect! Cobras may be strong, they may be the Kings of The Jungle, and there’s only one animal that can kill a snake…Welcome to Eagle Fang IPA!
6.8% ABV  68 IBU

BlondaVision
Double Coffee Blonde
Brewed in collaboration with Groundwork Coffee, we took their whole bean Ethiopia heirloom blend coffee and added it to the fermenter and then put the beer on coffee  grounds in the brite tank. this coffee lends citrus, dark fruit and milk chocolate aromas and flavors to the full bodied, bready and malty sweet blonde ale. It’s a beer and coffee lovers dream come true.
5.8% ABV  17 IBU