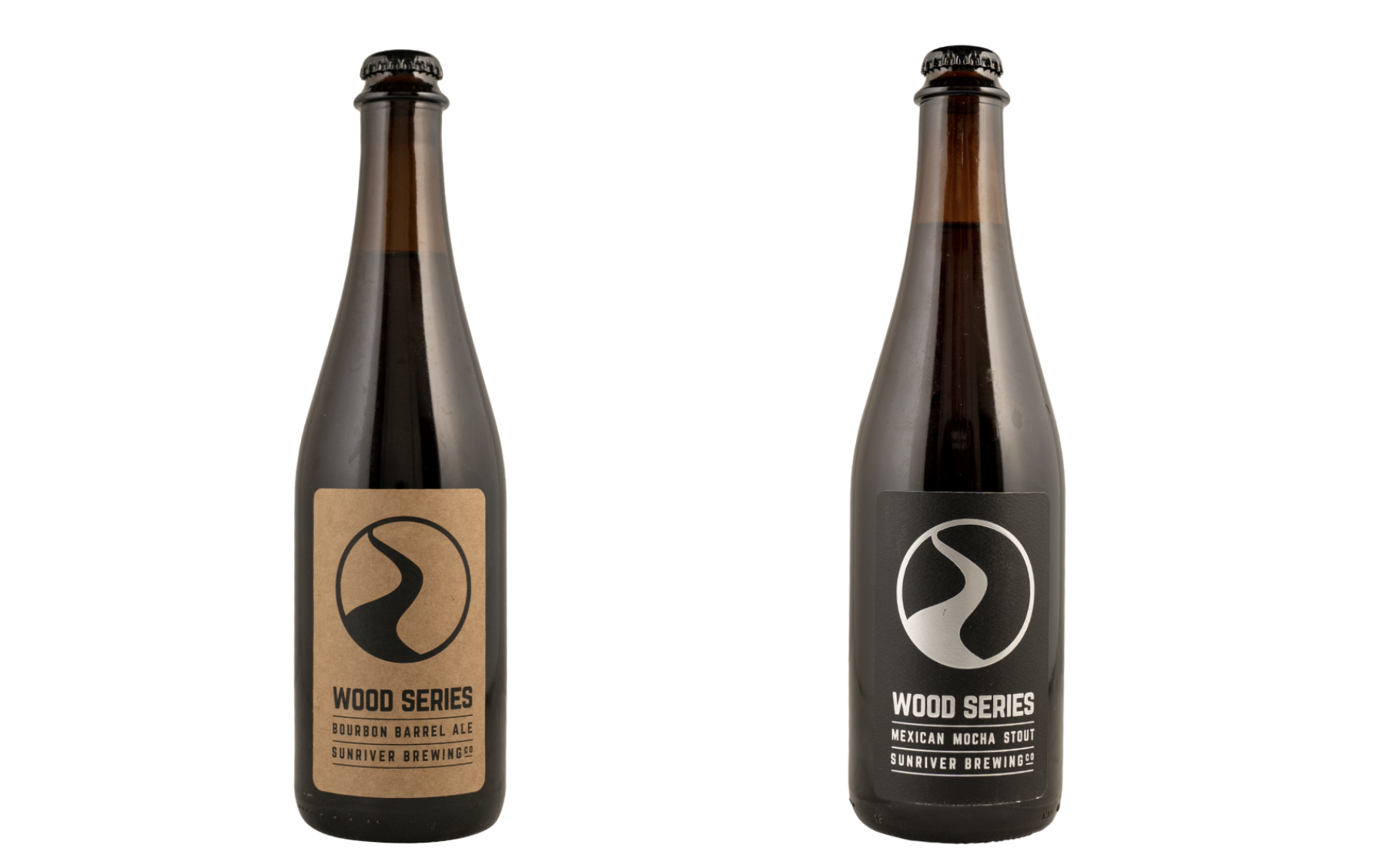 A new barrel-aged beer series will join the lineup of from Sunriver Brewing Co. this year. This lineup will include a Wood Series and Wild Series, all packaged in 500mL bottles and available at any of the three Sunriver Brewing locations in the state of Oregon.

The Wild Series will feature bottle conditioned beers influenced by that addition of brettanomyces, mixed culture bacteria and spontaneous fermentations. The Wood Series will feature boldly flavored strong beers that have been conditioned in a variety of barrels, including bourbon, rum, maple, and others. This month Bourbon Barrel Ale and Mexican Mocha Stout will be the first two out of the gate.

“This has been a long time coming, literally years in the making,” said Brett Thomas, Director of Brewery Operations, in a statement. “I’m quite proud of the team’s efforts – these beers are as special as the people who make them. Ryan Galeski (Lead Brewer) and Patrick Raasch (Head Brewer) have done an outstanding job with their barrel work. We’re excited to share these unique beers with all the fans of Sunriver Brewing Company.’

The first two beers from the Wood Series have been released and are now available with two additional beers coming in February.

Hawaiian Imperial Stout is a masterful blend of 12-month bourbon barrel aged imperial stout that is loaded with the exotic flavors of the Hawaiian Islands. A combination of Alae Estate-grown cocoa nibs, toasted coconut, lactose, and macadamia nuts are carefully infused into this big beer to achieve maximum flavor. This unique stout presents like a collection of Hawaiian themed candies – rich, nutty, and toasty, with a bold chocolate finish.
14% ABV
February 2021 Release

Belgian Quad w/ Cherries is aged for 12 months in a combination of bourbon and whiskey barrels and blended with sweet cherries. Complex caramel, sugar, and dark fruit flavors come together with notes of rich vanilla, spicy oak, and bourbon. The beer finishes with a distinct, and complimentary, sweet cherry character.
13.7% ABV
February 2021 Release

The initial Wild Series release will be available in Spring of 2021 with the following beer.

Dry Hopped Brett Saison is a curious blend of fine ales from our barrel program. This beer begins with a French- style saison, conditioned in Oregon Pinot barrels with Brettanomyces. A single cask of Fuzztail Hefeweizen, barrel fermented with saison yeast and Brettanomyces, is then added. The finished blend is then lightly dry hopped with hand selected Citra and Sultana hops.
6% ABV