Terminal Gravity Brewing from Enterprise, Oregon is glad to see winter come to an end as it releases its new summer seasonal, Roshambo Hoppy Pale Ale, that’s named after the game of Rock, Paper, Scissors.

This new seasonal is an American Pale Ale brewed with plentiful amounts of Denali and Eureka! hops. Denali hops are a newly named hop that was formerly known as Experimental #06277 Hop. With genetic origins from Nugget and Zeus, Denali offers a citrus taste.

Roshambo Hoppy Pale Ale is described as offering an aroma of fresh cut pineapple and citrus, reminiscent of melon rine, that gives way to a light and crisp malt bill, ending with a slight bitterness at just 40 IBUs. At 5.5% ABV this could become a summer standby. 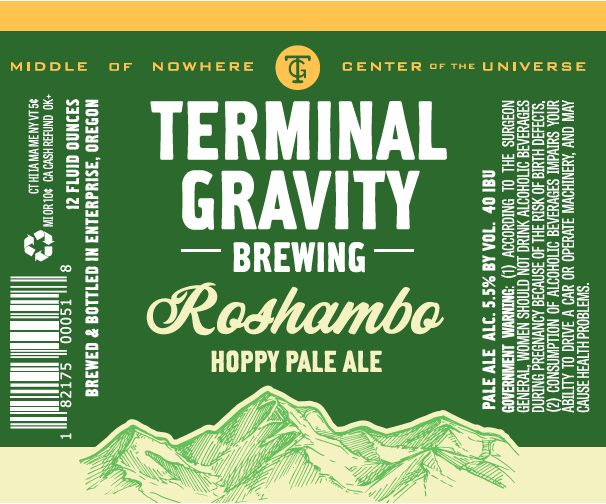