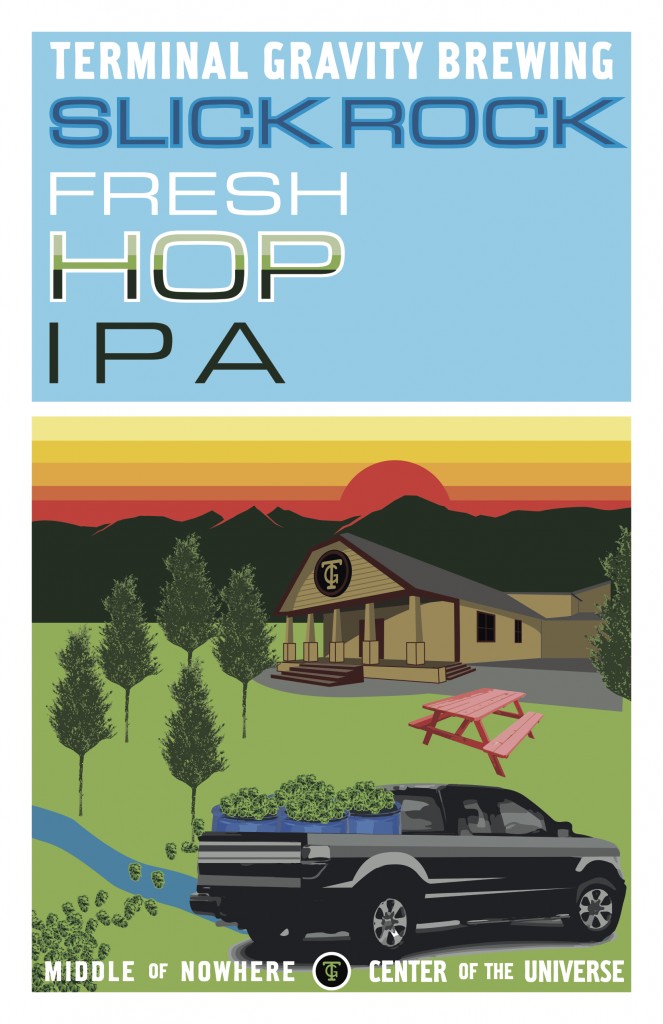 Terminal Gravity partnered with Carpenter Ranches in Granger, Washington where they’ve been growing hops since the late 1800’s, and have some of the finest varieties in the Pacific Northwest. With large and juicy hop cones, the brewers at Terminal Gravity drove the 300 miles to snatch up a few hundred pounds of freshly picked Simcoe hops to brew our annual Slick Rock Fresh Hop IPA.

Simcoe hops are unique in that they offer great bittering potential, while also having complex aromatic qualities perfect for NW Style IPA’s. We’re talking about citrus, pine, and earthy notes that reminded us of the harvest we just participated in.

“Our team at TG has a really good time brewing this beer, says Marketing Manager Kevin Harlander.” Part of the excitement comes in the process and the tight time window we have to get it done. These hops we’re picked in the morning near Granger Washington, and we raced them back to Wallowa County to get them in the brew by midday.”

You can find this single batch, limited release, Slick Rock Fresh Hop IPA at the Terminal Gravity Pub and the following pubs and beer bars throughout the Portland area:

Slick Rock Fresh Hop IPA is a NW style IPA that has the rich color of wildflower honey and an aroma of citrus pine, with woodsy and floral undertones.  At 6.1% ABV and just over 65 IBU’s, this IPA is well balanced with a reassuring bitterness that’s sure to please.