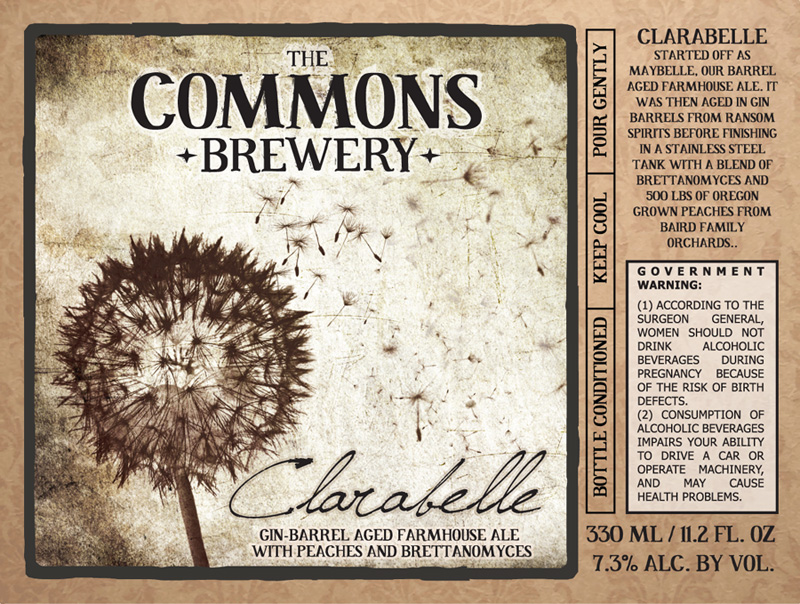 Clarabelle is the latest barrel aged beer from The Commons Brewery. Beginning its life as the popular Maybelle, a farmhouse ale aged in white wine barrels with Brettanomyces, this beer then went into Ransom Old Tom Gin Barrels to be aged for one year. It was then finished in a stainless steel tank with a blend of Brettanomyces and 500 pounds of peaches from Baird Family Orchards.

The result is Clarabelle, described as a rich and aromatic farmhouse ale, with bold peach notes and a balancing floral character from the Brettanomyces and Gin barrels. Clarabelle is ready to drink now, as the deep fresh fruit character is woven delicately into the Brettanomyces profile, but is suggested that it can be cellared for one year.

Clarabelle will be released on Saturday, March 12 beginning at Noon. The beer will be available in 330ml bottles for $8.00 each in limited quantities and will also be available on draft on the day of the release.