After brewing its most popular IPA and only offering it on draft for the past two and a half years, Three Creeks Brewing has now launched Crowdpleaser IPA in 12 oz. cans.

Crowdpleaser IPA uses Mosaic and Sorachi Ace Hops with a simple malt bill the produces an IPA full of resinous, pine and citrus flavors. First brewed as a seasonal complement to the brewery’s classic Hoodoo Voodoo IPA, CrowdPleaser IPA immediately lived up to its name, moving first into 22 oz bottles and now finally into 12 oz cans. Crowdpleaser IPA sits at 7.3% ABV and 75 IBUs. 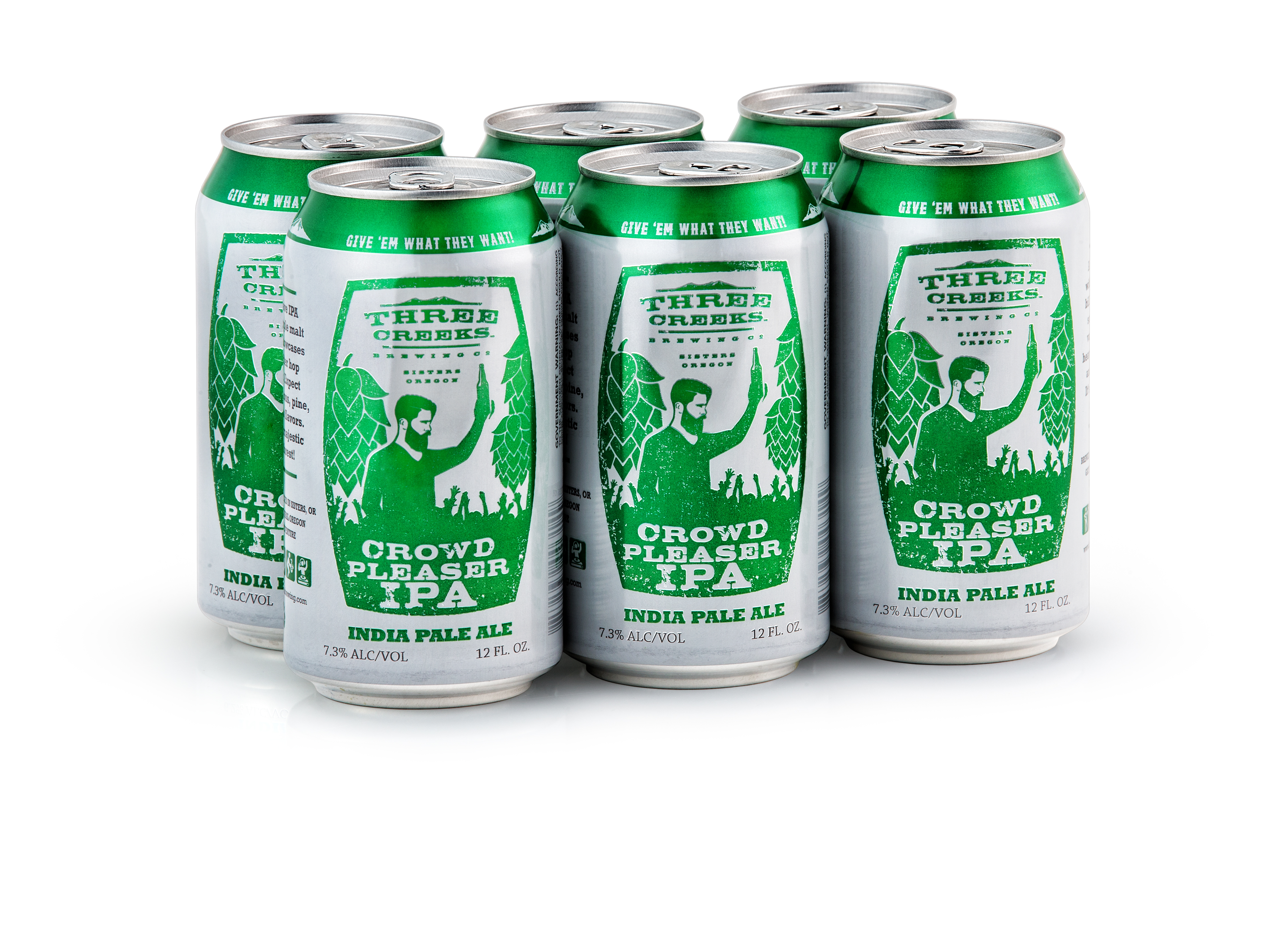