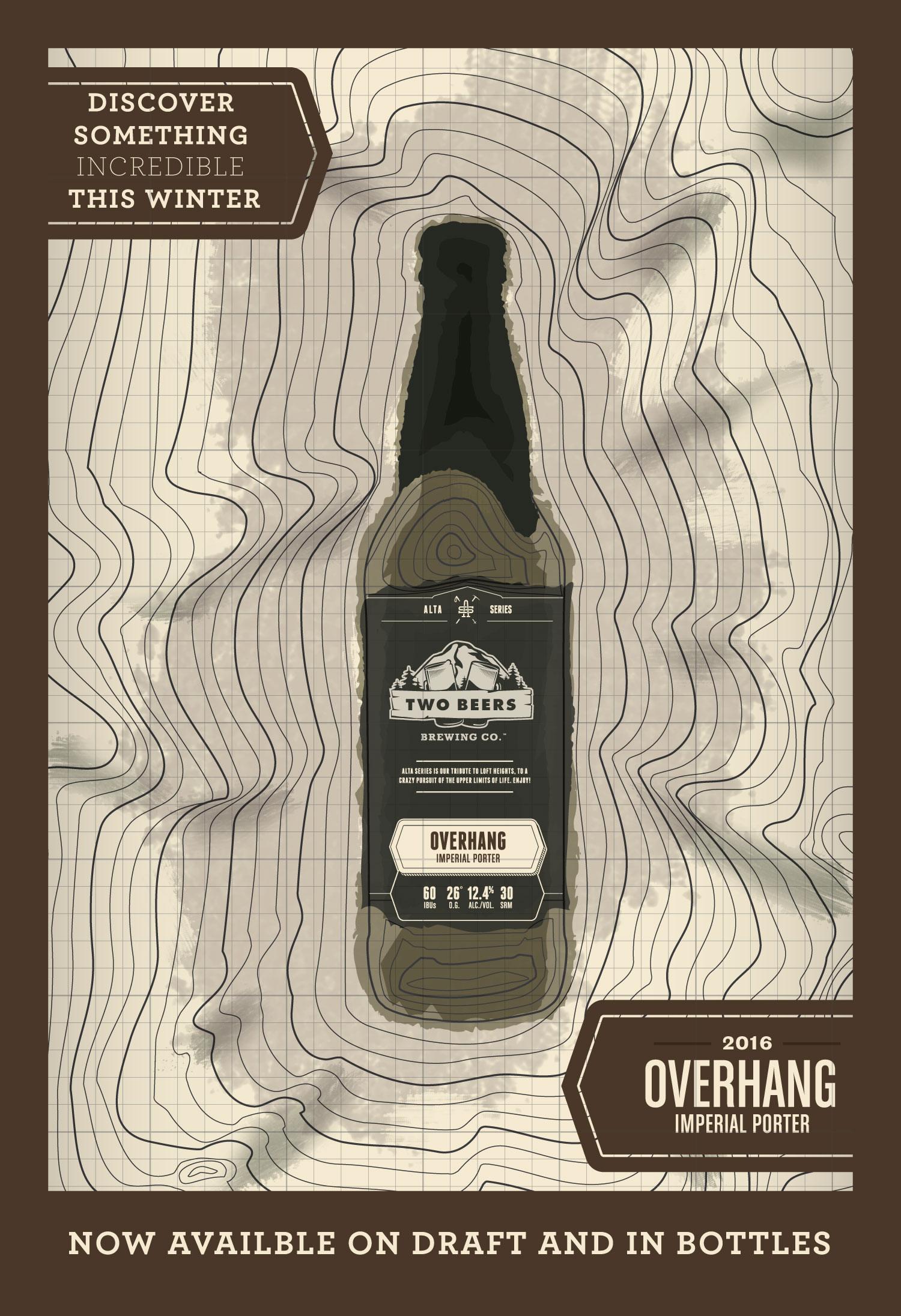 SEATTLE (December 14, 2016) – The tree is trimmed and the stockings are hung, but the holidays wouldn’t be complete without a bottle of 2016 Overhang Bourbon Imperial Porter from Seattle’s Two Beers Brewing Company. Part of the brewery’s popular Alta Series, available in 22-ounce wax-dipped bottles, Overhang is a uniquely boozy beer perfect for the season, aged in bourbon barrels for six months with cocoa, cinnamon and a touch of cloves. The result is a roasted caramel and molasses nose with a rich brown head. Brewed with Cascade hops, this limited edition beer offers a 12.4 ABV and 60 IBUs, sure to put anyone in the holiday spirit. With only 75 cases available, craft beer lovers can stock up and check a few people off their holiday list starting this Friday, December 16 at 3pm when Overhang hits taps and shelves at The Woods tasting room in SoDo.

“My holiday wouldn’t be complete without a bottle of Overhang to share with family and friends,” said Joel VandenBrink, founder and CEO of Two Beers Brewing Co. “The flavors are perfect for a cozy evening in, followed by a laugh or two. It’s become a tradition we love to share.”

Featuring a collection of bold, complex ales – each reaching above 9.0 percent ABV and boasting its own distinct personality – the Alta Series has been handcrafted to offer a unique twist with every sip. Whether it’s the complexity obtained by aging in brandy barrels, the tartness imparted by fresh fruits or unique twist provided by a complex blend of spices, the Alta Series sets out to distinguish itself from the others and reach the upper limits.

Available first at The Woods tasting room (4660 Ohio Ave S), Overhang Bourbon Imperial Porter ($14) will be available in limited quantities throughout Seattle on tap and on shelves. Shared with Seattle Cider Company, The Woods – offering pints, tasters, packaged products and more – is also the perfect place to pick up gifts for all your favorite beer and cider lovers. Stop by the retail space for growlers, t-shirts, stocking stuffers, glassware and more.

About Two Beers Brewing Co. ®Two Beers Brewing Co. began operations in a small Seattle basement in 2007 and today, produces twelve unique beers including five year-round, seven seasonal and a host of intricate infusions in its 4,800-square-foot SoDo brewery. Two Beers Brewing can be found in Seattle-area bars and restaurants, with tastings kegs and growler fill-ups available at their tasting room located at 4660 Ohio Ave. S. in SoDo, open weekly Tuesday – Friday from 3-9 pm, Saturdays from 1-10pm & Sundays from 1-6pm. Select brews can also be found in 22-ounce bottles and 12-ounce cans through the tasting room, as well as local retailers in Washington, Oregon, Alaska and Idaho. For more information, visit www.twobeersbrewery.com.