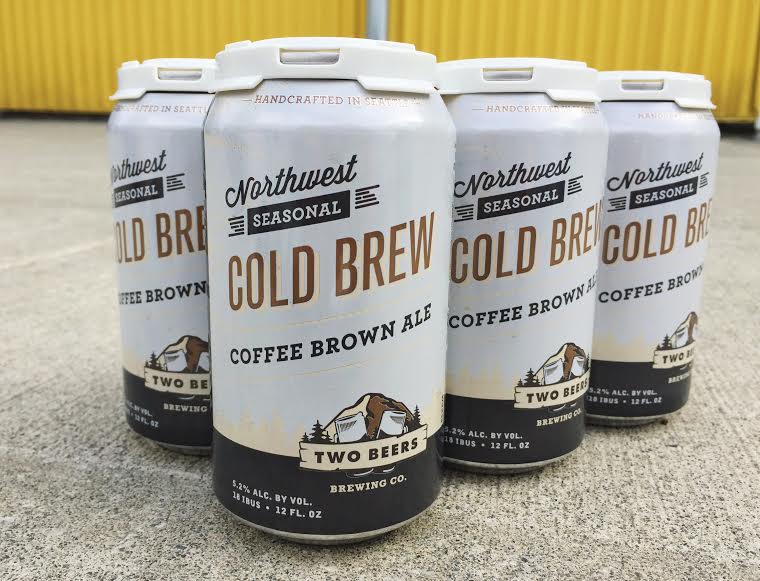 “The goal with our seasonal line is to offer beer that really speaks to the season and to the Pacific Northwest,” said Joel VandenBrink, founder of Two Beers Brewing Co. “For this time of year, that means a great cup of locally roasted cold brew coffee. At Two Beers Brewing, we’re committed to boldness and exploring new ways to get flavors from ingredients, so we wanted to try out a method that many of our local coffee shops are known for. The result is fantastic.”

The process for creating the expanding brewery’s Cold Brew Coffee Brown Ale is similar to the process used to make cold brew coffee. Starting with a base of chocolaty brown ale, the beer is run through a second fermenter containing 18 pounds of course ground coffee beans per batch. The beer is run through these beans – a single origin Ethiopian Harrar roast – continuously for four hours before sitting on the beans for another 20 hours, making for a balanced and flavorful brew. Low in acidity and subtly sweet due to the cold brew process used, a rich coffee nose and flavor shines through, lingering on the palate. However, while the flavor may be bold, there is no caffeine in this delicious brew, offering an approachable 5.2 percent ABV and 18 IBUs.