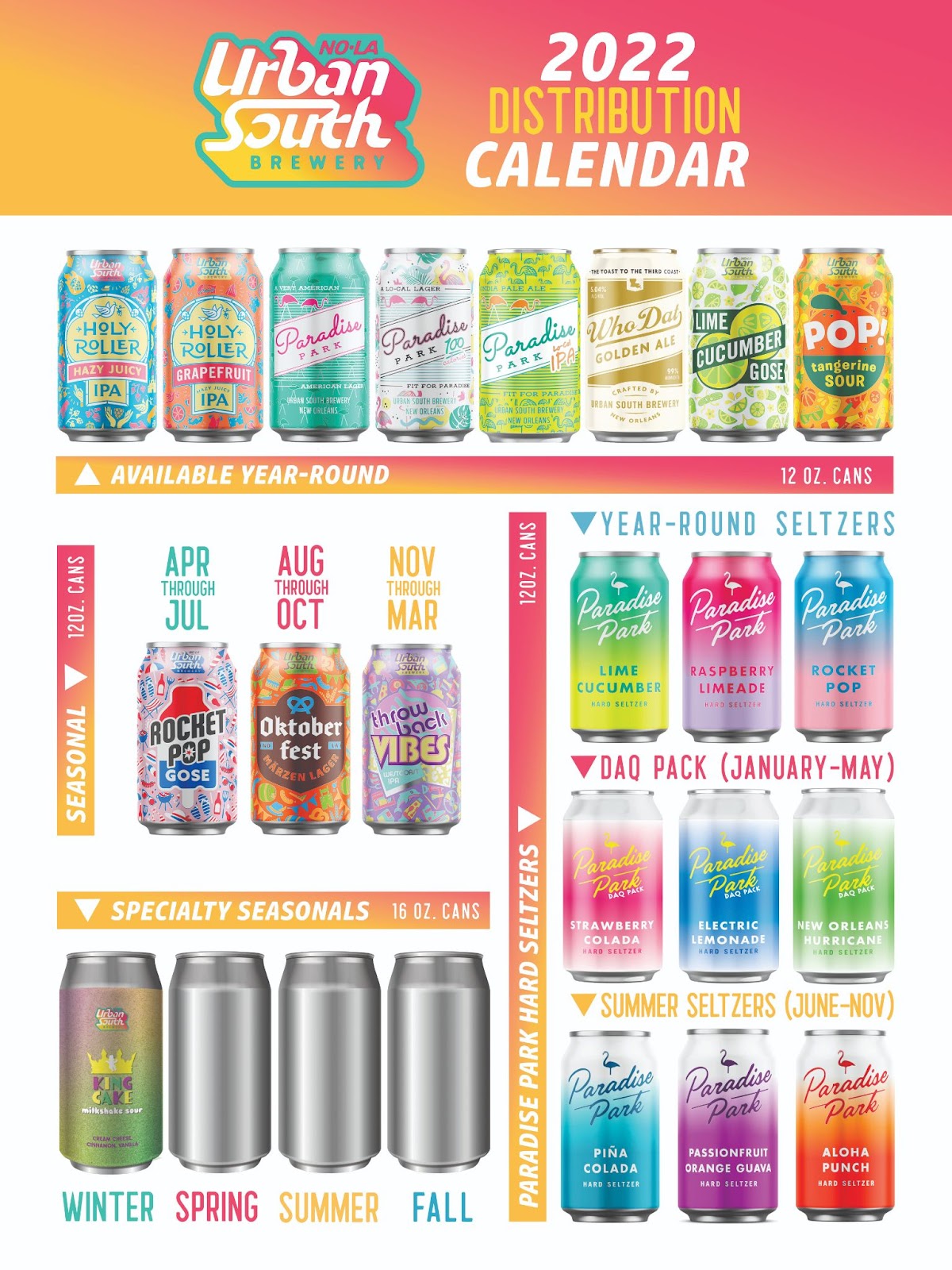 With its history dating back to 2016, one of the most buzz worthy breweries from the Southern States, Urban South Brewery, has announced its 2022 Beer Release Calendar. With locations in New Orleans, Louisiana and Houston, Texas, Urban South Brewery occasionally makes its way to Oregon via Day One Distribution.

Returning in 2022 are staples such as Holy Roller IPA, Who Dat Golden Ale and Lime Cucumber Gose. There will also be a new beer joining the year-round lineup in early 2022. Urban South is also expanding distribution of its Paradise Park Hard Seltzer line with both year-round and seasonal releases.

“Urban South has grown dramatically in recent years and we’ve been working hard to expand both our lineup and distribution footprint to match the evolution of our company,” said Jacob Landry, Founder of Urban South Brewery, in a statement. “We are so excited about what we have to offer in 2022 and look forward to continuing to bring bold innovation to more traditional beer styles.”

Highlights for Urban South Brewery’s distribution in 2022 include:

Urban South Brewery’s distribution footprint currently includes Louisiana, Alabama, Mississippi and Tennessee. Occasionally its beers make it to Oregon via Day One Distribution. To find out where Urban South beer is sold near you, visit Urban South’s beer finder: https://urbansouthbrewery.com/beers/beer-finder.