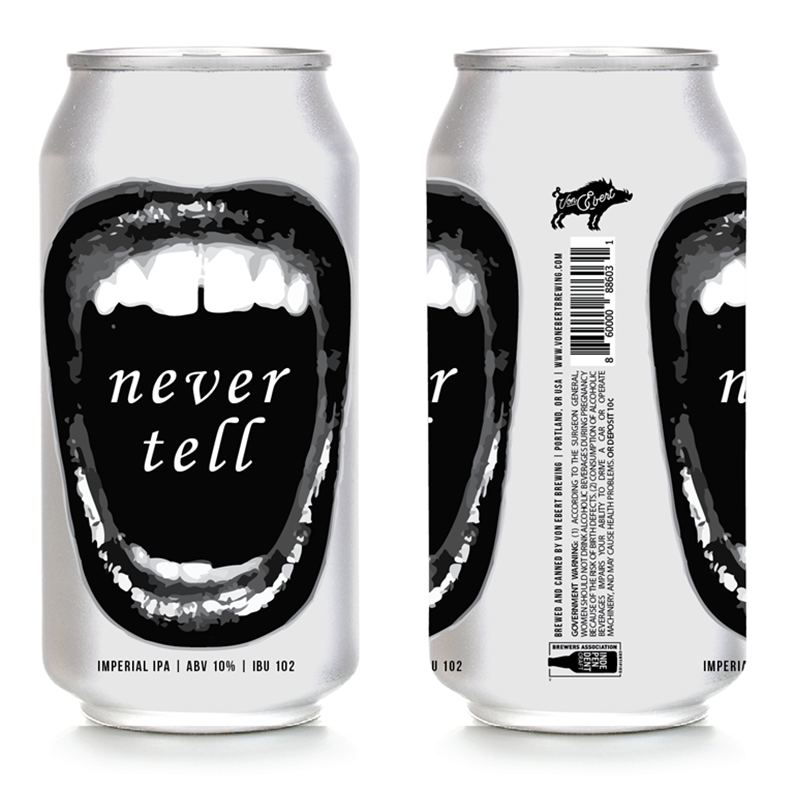 Von Ebert Brewing will release Never Tell Imperial IPA in cans later this week at both Von Ebert locations in the Pearl and at Glendoveer. Never Tell will be Von Ebert’s first taproom-only limited can release and will be available beginning on Thursday, February 20th.

Never Tell was brewed with Yakima-grown Mosaic and Simcoe hops and a blend of Pils and Vienna malts. Australian-grown Galaxy hops add an additional layer of complexity and help the hop character stand up to the higher alcohol and bigger body. This addition helped produce a bigger, imperial-style beer that is said to offer mixed-berry, pine, and dank hop characters. Never Tell Imperial IPA sits at 10.0% ABV and an impressive 102 IBUs.