The best-selling IPA brand in America wants its drinkers to choose its next IPA with its new campaign, Vote Voodoo. New Belgium Brewing’s Voodoo Ranger IPA is now asking you to cast a vote and the winning beer will be the brewery’s next 6-pack, launching in January 2023.

For the first time, consumers can taste and vote for the two competing brews by purchasing a Voodoo Ranger Hoppy Pack, the company’s most distributed 12-pack, before placing their vote. The two IPAs vying for you vote are Danger Beach IPA and Voodoo Vice IPA. These two beers are packaged in this IPA variety pack alongside Voodoo Ranger IPA and Voodoo Ranger Xperimental IPA.

“Voodoo Ranger fans are especially interested in innovation and sampling our newest beers,” said Dave Knospe, Voodoo Ranger Senior Brand Manager. “Everything we do with Voodoo Ranger is focused on our relationship with our fans and building a community, and that translates to the beers we release. In years prior, Vote Voodoo has been well received by our fanbase, but we were unable to get the competing beers into drinker’s hands. This year we’re thrilled to be bringing Vote Voodoo tasting experiences to every corner of the country through the Voodoo Ranger Hoppy Pack.” 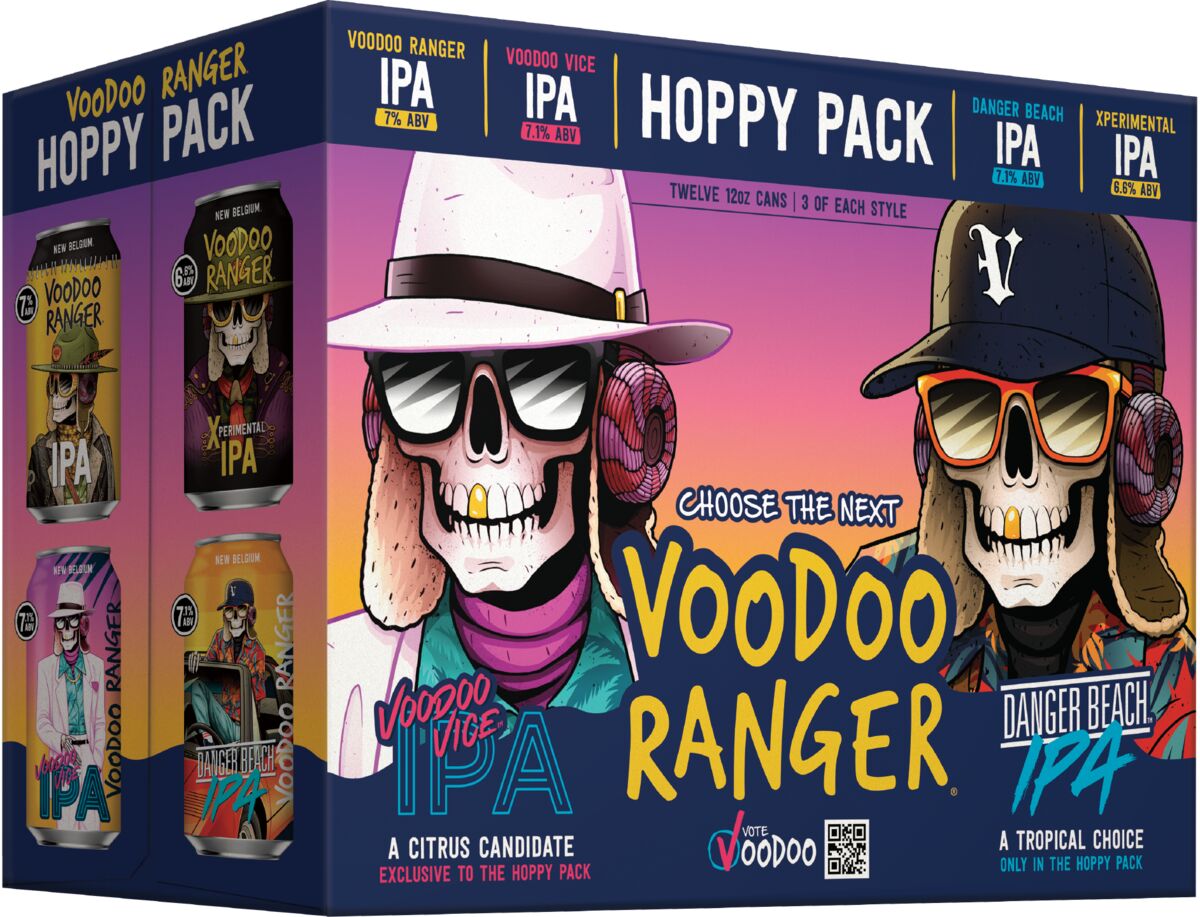 Enter Danger Beach IPA and Voodoo Vice IPA, the candidates vying for your vote. Hailing from Hawaii and armed with tropical POG flavor, Danger Beach IPA is a 7.1% bright, tropical, Hazy IPA, arrested by flavor, with an undercover bitter finish. Danger Beach’s competitor is a (south) Florida man, Voodoo Vice IPA. At 7.1% ABV and strapped with orange & citrus flavor and concealed sweetness, Voodoo Vice is ready to get to the bottom of this IPA.

To sample Voodoo Vice IPA and Danger Beach IPA, drinkers can pick up the latest Voodoo Ranger Hoppy Pack and cast their vote via the QR code found on the packaging or by visiting http://www.votevoodoo.com. The winning beer will be available at select retailers nationwide beginning January 2023.