Look for six-packs of Washington Gold in the Puget Sound area over the next few weeks as this beer is in limited supply.

Here’s a rundown on Aslan Brewing events that will take place during the 2019 Seattle Beer Week. 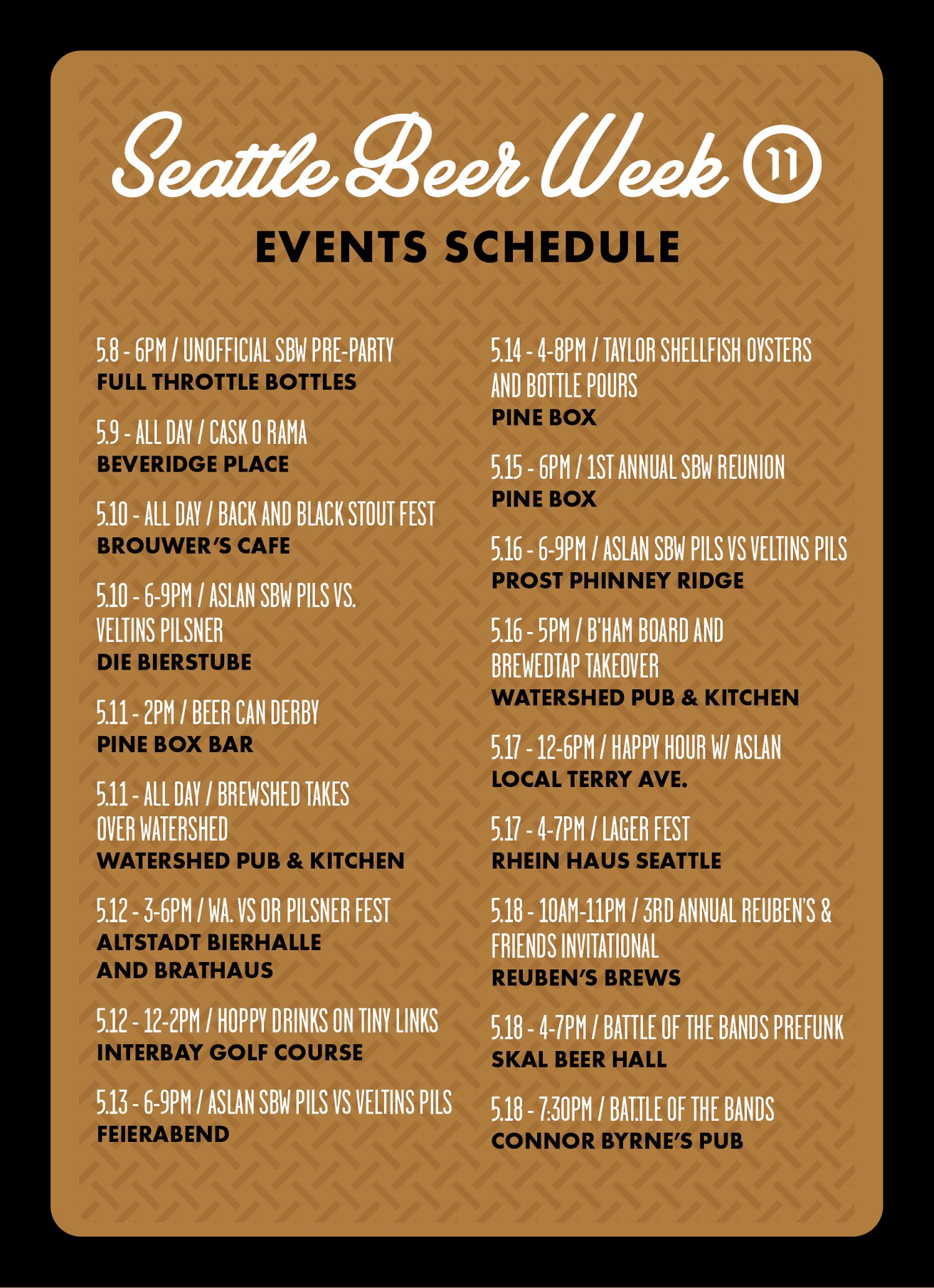