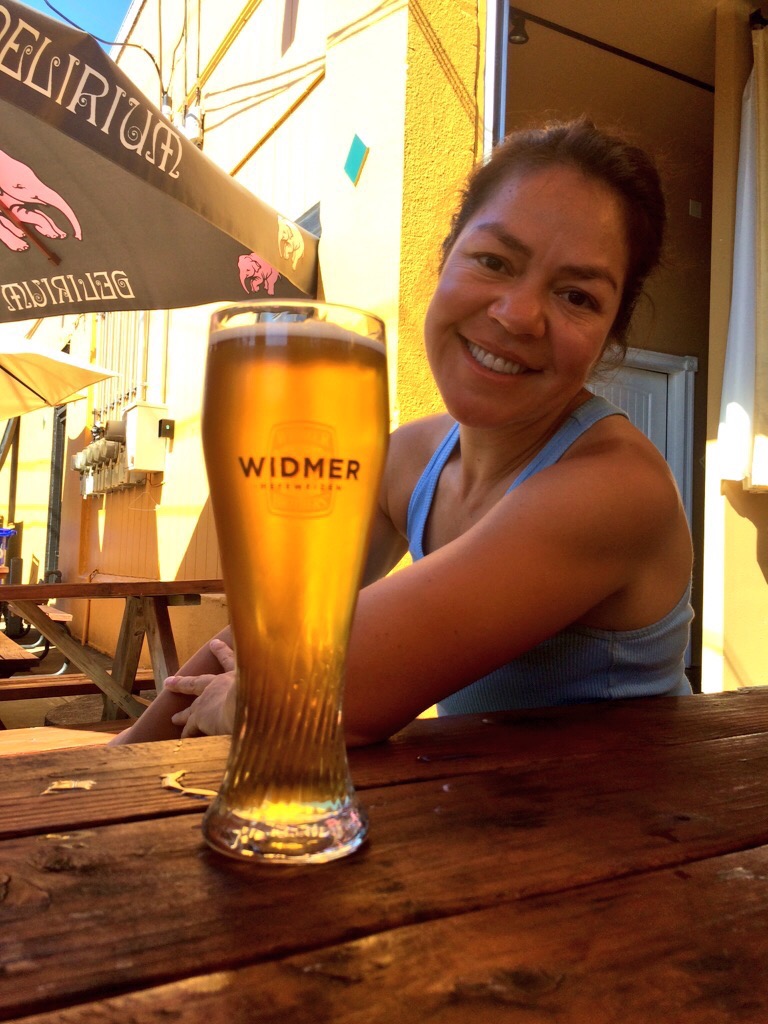 As the 2015 FIFA Women’s World Cup kicked off over the weekend to our neighbors in Canada, Bazi Bierbrasserie is one of the hottest spots in Portland to catch all of the exciting World Cup action. Bazi will be televising an aggressive broadcast schedule of all of the top matches over the course of the next month.

In addition to broadcasting every US Women’s National Team (USWNT) match, Bazi has committed to televising over 20+ matches live on their 114” HDTV big screen. The viewing party schedule is available on Bazi’s website. This action will all culminate with an Outdoor Beer Garden for the Semifinals on June 30th and July 1st and the Finals on July 5th.

To make this month long event even more intriguing, Bazi’s Hilda Stevens teamed up with Widmer Brothers Brewing to brew a special beer that will exclusively be available at Bazi during the FIFA Women’s World Cup. Brewed at Widmer’s pilot brewery at the Rose Quarter, Stevens assisted Widmer brewer Dan Munch in brewing Widmer Golden Abby.

Named in honor of Abby Wambach, long time member of the USWNT, this new, tasty Golden from Widmer will make its debut today, Monday, June 8th at Bazi when its tapped at 4:00pm just in time for the US vs. Australia match that begins at 4:30pm.

Having the opportunity to sample the new Widmer Golden Abby yesterday, we were very impressed in what Munch came up with from Widmer. Using the 3787 Westmalle Yeast, Golden Abby is a well-balanced thirst quencher for the warmer days ahead. And being at only 5.9% ABV, it’s also a responsible summer Belgian-style beer that is a perfect companion for World Cup viewing.

Then to take this Widmer Golden Abby to the next level, Bazi’s Ralph Cope has developed a very refreshing beer cocktail, the Not Too Shabby Abby, that is perfect for the warmer weather. Not Too Shabby Abby is made with Bombay Sapphire gin, honey coriander, lemon juice, and egg whites and then shaken to be topped with Widmer Golden Abby. This beer cocktail is simply amazing. Many kudos to Cope for this recipe!

Then after all of the preliminary matches are completed, Bazi will host an Outdoor Beer Garden for Semifinals and Finals. On Tuesday, June 30th, Wednesday, July 1st, and Sunday, July 5th Bazi will be closing off the street in front of their space and converting it into a Beer Garden hosted by Maletis Beverage and Widmer Brothers Brewing. In addition to beer, the outdoor space will feature cider and beer cocktails. Minors and well-behaved pets are welcomed every day.

The outdoor event will also serve as a fundraiser for the Whipsaws FC Over 30 Team, the first all women’s Timber Army soccer team who will be embarking on a trip to the 2017 World Master’s Game in New Zealand.

Reservations for indoor viewing by the big screen are highly encouraged and can be made online at www.bazipdx.com or by calling 503.234.8888. Additional televisions will be available outside weather permitting. All other seating (bar and outdoor) is available on first arrival.