PORTLAND, Ore. – April 7, 2021 – Two iconic Portland institutions, the Portland Timbers and Widmer Brothers Brewing, teamed up to launch IPA ‘Til I Die for the 2021 Major League Soccer (MLS) season. Widmer Brothers Brewing and the Portland Timbers are the longest standing craft beer partnership in the MLS, and the beer is an exciting collaboration that will bring the thrill of the match to Timbers fans wherever they are: at Providence Park, at home, or across the Pacific Northwest.

“With fans returning to the stadium, we loved the idea of a Timbers beer that can be enjoyed watching the match at Providence Park or at home,” said Portland Timbers President of Business Mike Golub. “It’s a great beer with a name inspired by the RCTID (Rose City Til I Die) chant,” he added.

IPA ‘Til I Die is a classic West Coast-style IPA. This clean, bright IPA with bold and citrusy hops is available now in four-packs of 16-ounce cans. Fans can find those cans — designed in iconic Timbers green and gold hues, an homage to the players’ jerseys — at stores throughout the Pacific Northwest during the Portland Timbers’ season.

To launch the beer in grand fashion, the Portland Timbers and Widmer Brothers are teaming up to give away deluxe at-home Timbers-Widmer watch kits to 11 lucky fans. Over the first two weeks of April, Widmer Brothers will post details to their social media channels for fans to enter to win one of the 11 at-home watch kits, and one lucky winner will get a grand prize delivered to their home by none other than Timber Joey.

“With limited capacity to kick-off the MLS season, we wanted to bring the stadium experience to people’s homes,” said Jake Neilson, Widmer Brothers Brand Manager. “These at-home watch kits will be a fun, unique way to introduce IPA ‘Til I Die and allow fans to enjoy the match wherever they may be.” 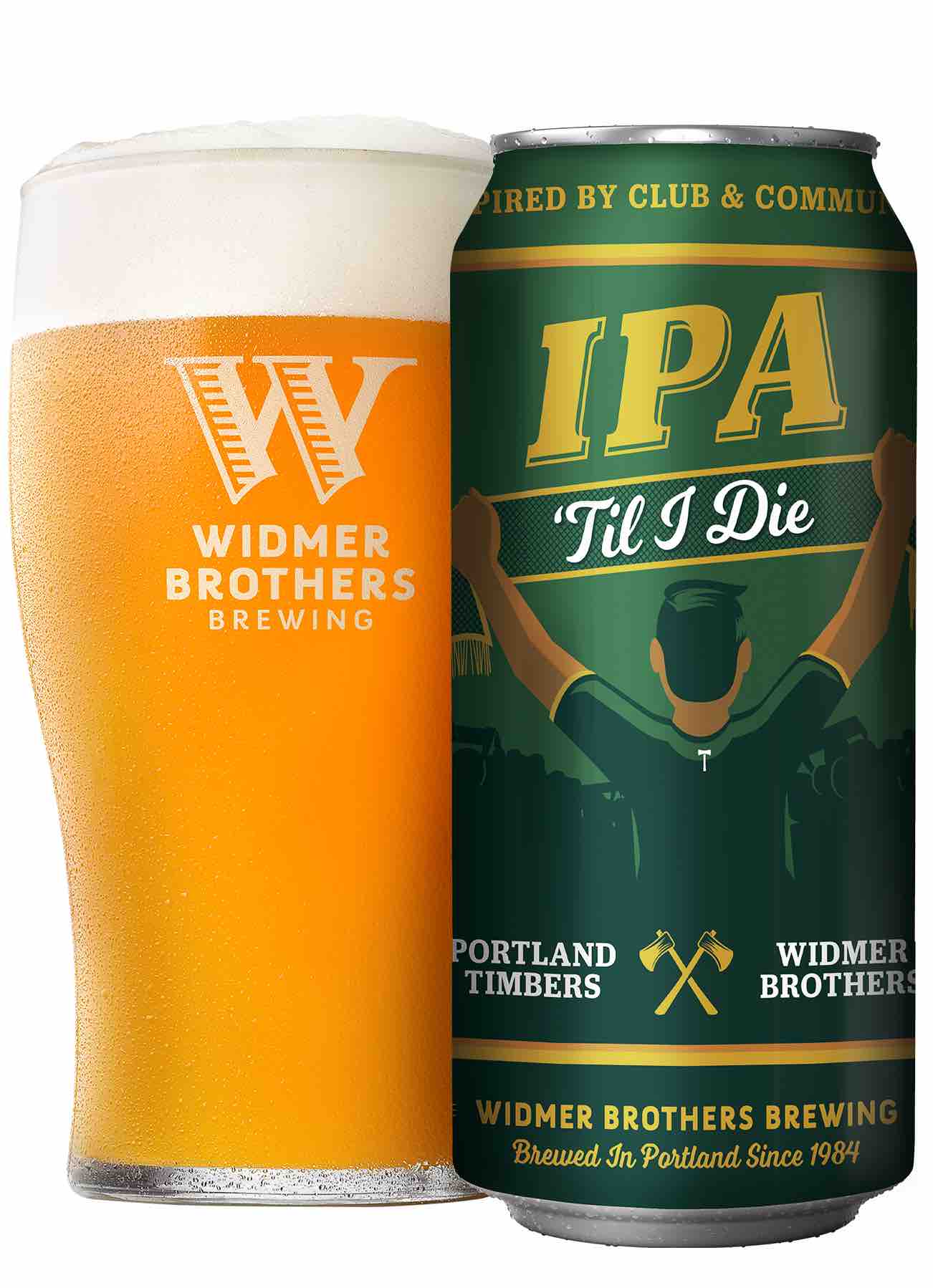 About IPA ‘Til I Die
Brewed to celebrate the Portland Timbers, IPA ‘Til I Die is an homage to the Green & Gold. With bold, citrusy hops, this IPA has hints of tropical notes, a rich and balanced caramel malt body with a crisp, clean finish. It’s perfect for game days, singing for PTFC and celebrating goals. Lots and lots of goals. Cheers to Soccer City USA!
Malts: Pale and Caramel
Hops: Millennium, Galaxy, Citra and Chinook
ABV: 6%
IBU: 60